From child sacrifice to Reptilian overlords, Bohemian Grove is the stuff of many a wide-eyed conspiracy theory. But as a speech uncovered in the Central Intelligence Agency’s archives shows, for one newly-minted CIA director it was simply a venue for a few jokey anecdotes and some redacted bragging. 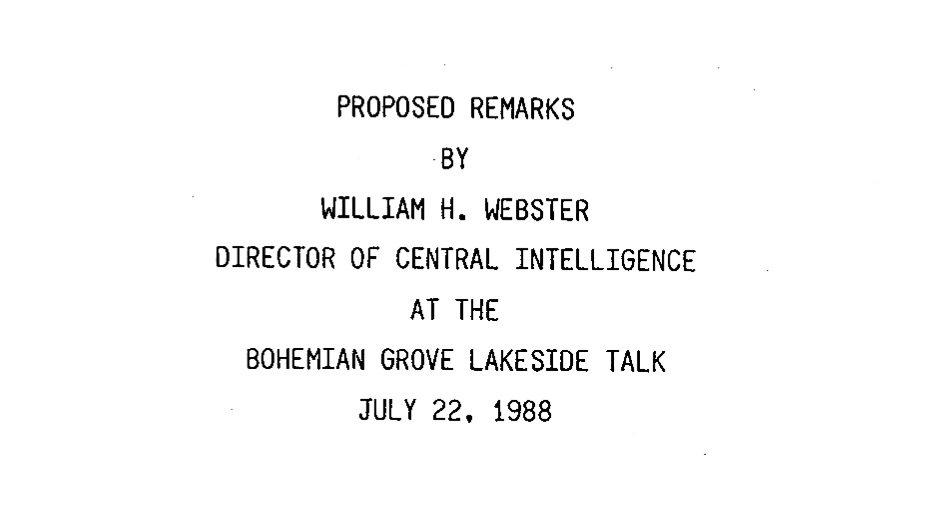 For William Webster, this wasn’t his first New World Order rodeo. He had attended the event previously, likely in his capacity as director of the Federal Bureau of Investigation.

Webster used the opportunity to voice some of the unique challenges of his position, from a President who got most of his intel from airport kiosk novels …

to responsibilities that border on hazing ritual levels of humiliation. 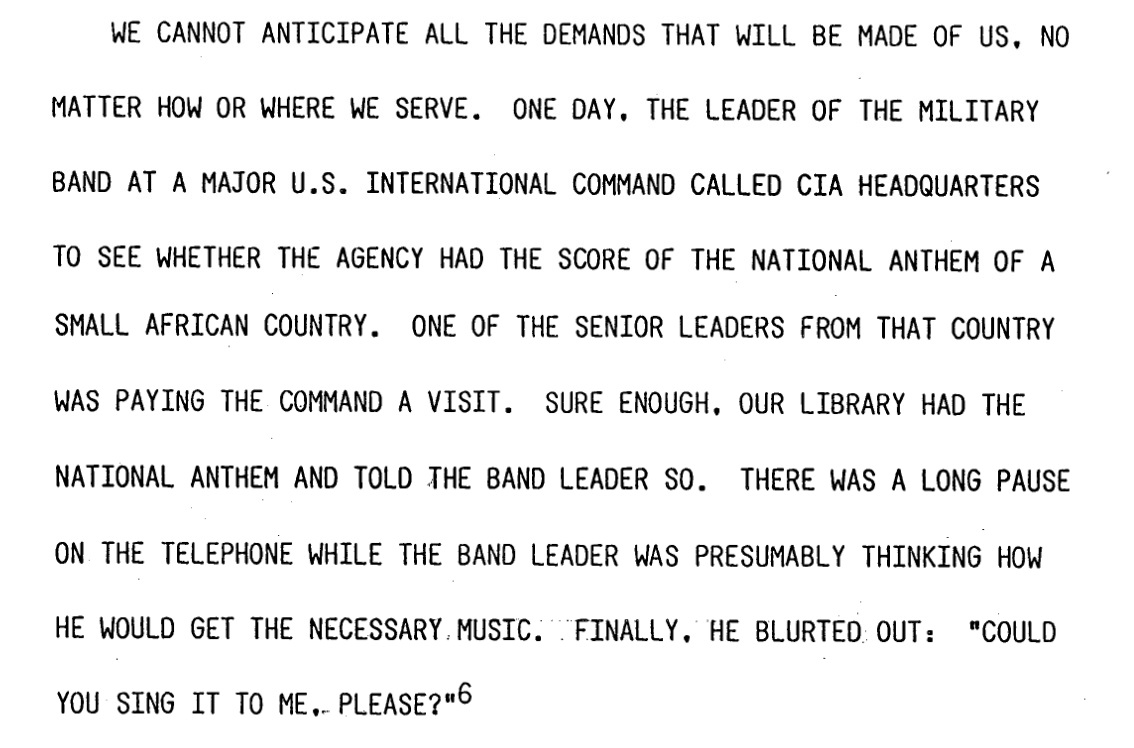 Despite those challenges, Webster was proud of what he and the Agency was able to accomplish, which he was happy to outline for the Bohemian Grove set, but remains redacted for us mere mortals decades later.

One anecdote Webster shared is worth presenting here in its entirety … 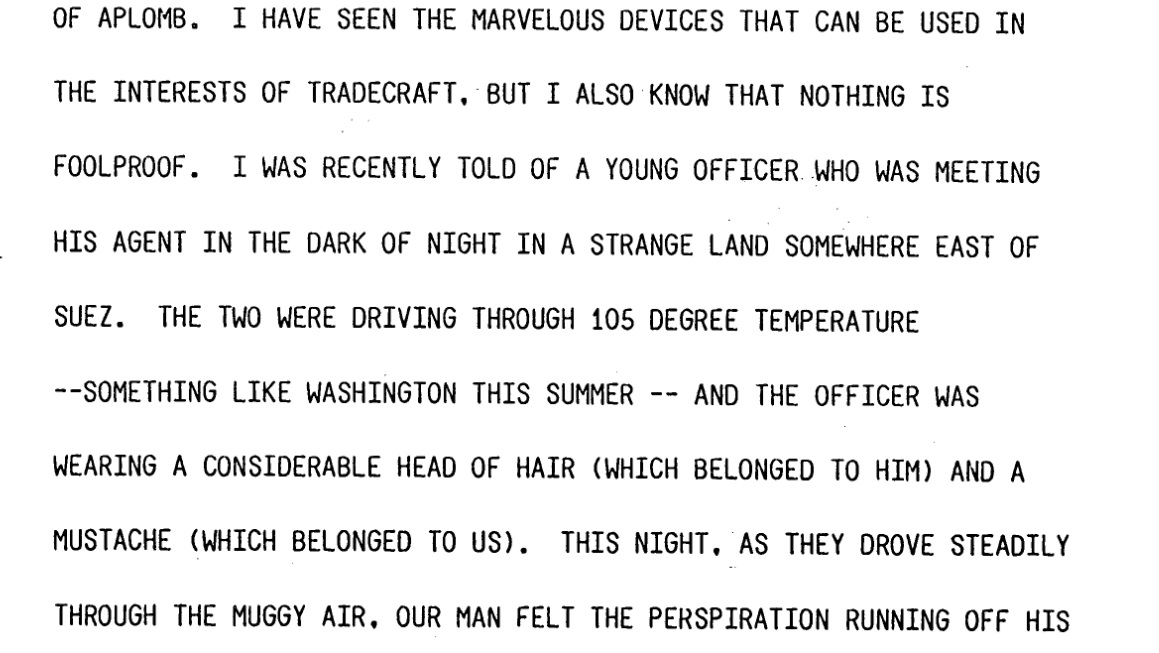 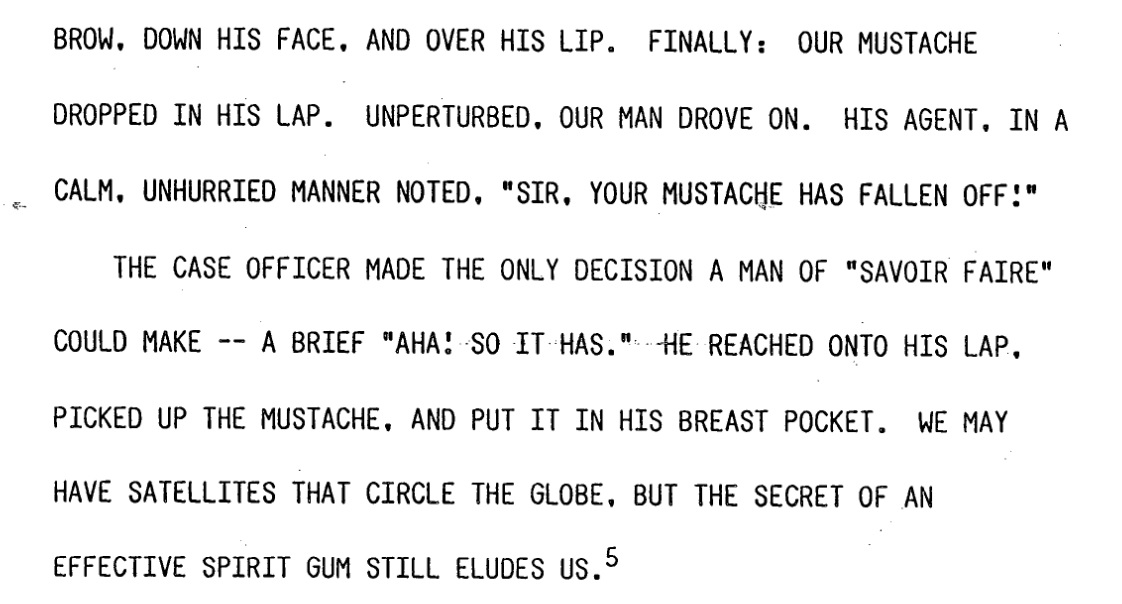 if, for nothing else, this solid contender for greatest foot note of all time.

Read the full remarks embedded below.

Image by Aarkwilde via Wikimedia Commons and licensed under Creative Commons BY-SA 3.0.