One of the best-selling authors of all time, Tom Clancy’s Jack Ryan novels pioneered the modern military thriller. Tales of the square-jawed CIA analyst using cutting-edge tech to take out the bad guys on the global stage earned Clancy millions, and according to his FBI files, some friends in high places.

The file released to Conor Skelding is broken into two parts, the first and longest of which consists of Clancy’s 1989 background check after then Vice President Dan Quayle nominated him for a position within the National Space Council.

The “investigation” consisted largely of asking Clancy’s friends if he was the right guy for the job.... 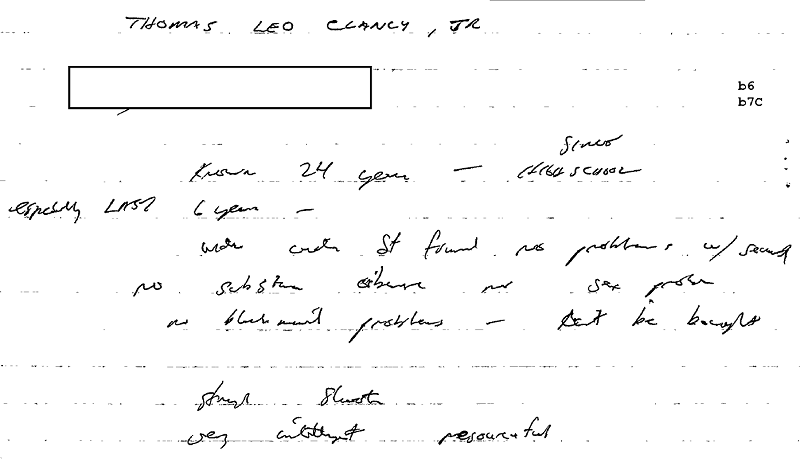 This included Clancy himself, from whom he received an emphatic endorsement.

The interviewees (including Clancy) were universally positive, with the closest thing to a criticism being one friend’s caveat that work tends to cut into Clancy’s thriller-writing time …

and Clancy’s humblebrag that the even the Soviets were fans of The Hunt for the Red October.

That said, the Bureau did manage to dig up Clancy’s old college transcript, and … well, we’ll just let it speak for itself. 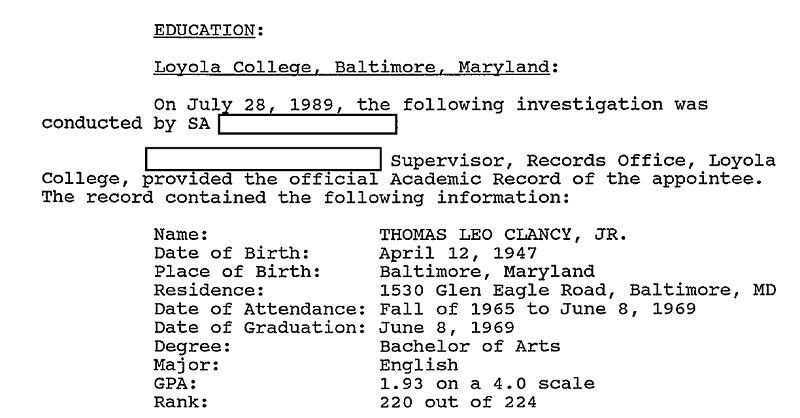 Oof. Bottom of his class or not, Clancy got the job … which, for what it’s worth, he apparently loathed.

The second file is much shorter, but far more interesting, consisting of correspondence between Clancy and former FBI director William S. Sessions, of “Winners Don’t Use Drugs” fame. 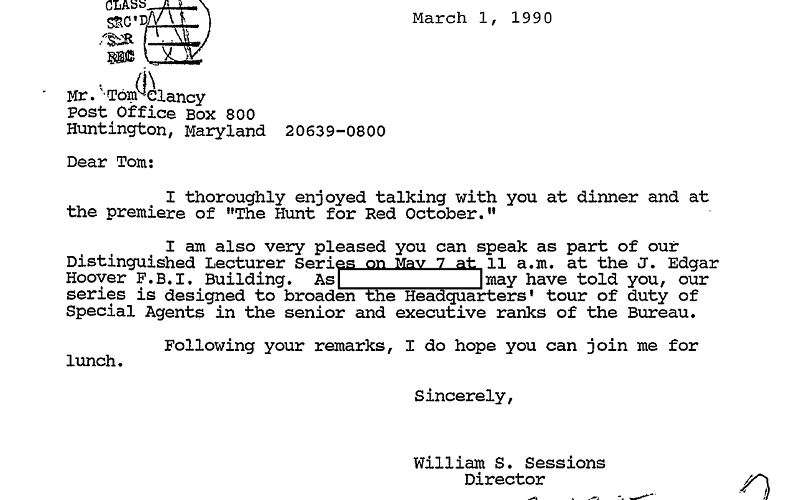 Clancy and Sessions appeared to be quite close, with Clancy netting an invite to the Bureau’s Senior Executive Retreat in lovely █████████.

Like all great friendships, Clancy and Sessions’ appeared to have originated with a friendly wager - in this case, over which Wild West judge issued this rather colorful (and somewhat infamous) death sentence in 1881.

Sessions in particularly appeared to take the matter seriously, and conducted a not-inconsiderable amount of time and energy in uncovering the truth … 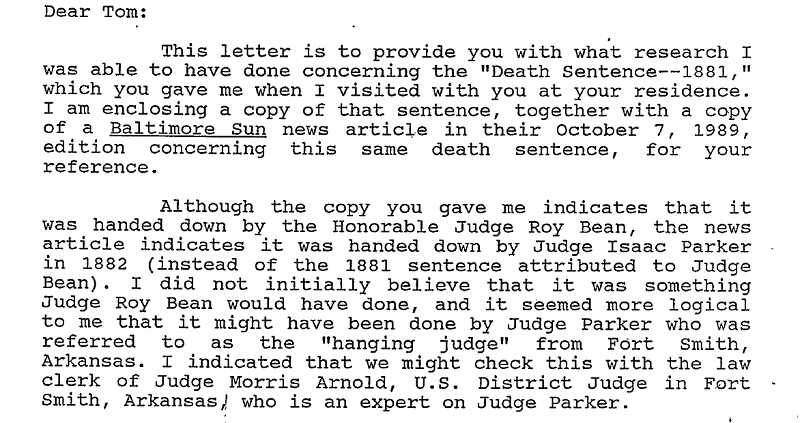 which is to say he made some DOJ interns look into it.

But hey, they had a great time doing it!

Incidentally, Sessions was dismissed in 1993 amid numerous allegations of ethics violations, including using FBI resources for personal use.

The correspondence file is embedded below, and you can read the rest on the request page.

Image by Gary Wayne Gilbert via Wikimedia Commons and is licensed under CC BY SA 2.0