In November 1953, the Pipe and Tobacco Council alerted FBI Director J. Edgar Hoover that he had been chosen by the hundreds of eligible voters as “one of the ten most distinguished pipe smokers of the year.” His reward would be a set of pipes and the privilege of providing a photograph of himself smoking.

The next month, his office received a call from a reporter at the Washington Daily News, reminding him of the honor.

Apparently a request for comment on his habit was far less relaxing than the act itself, and the agency declined to say more, though Hoover did leave this final note on the situation.

Which may not sound like much, unless you consider the context - just five years earlier, the lifelong bachelor Hoover had been named “father of the year.” 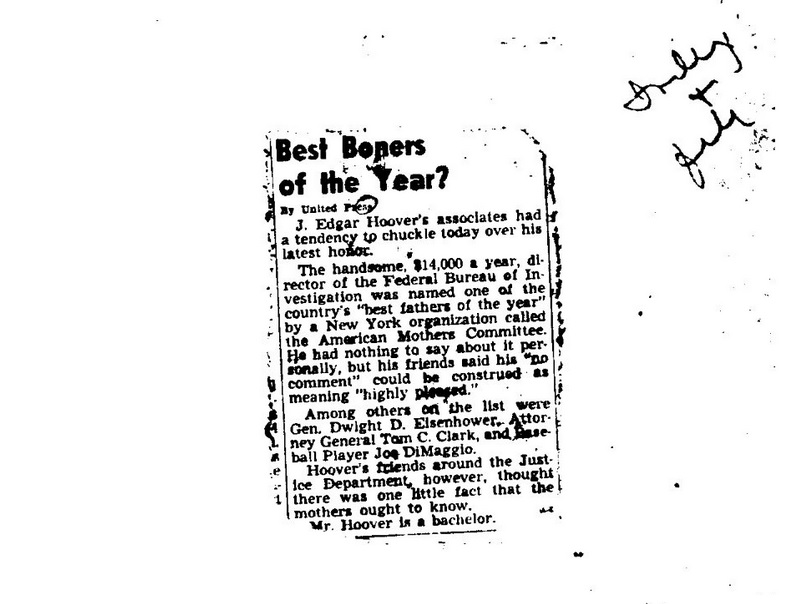