In most professions, all it takes to form an after-work bowling league is an overly long email chain and some beer money. As a declassified memo recently unearthed in CREST shows, in the CIA, it’s a lot more complicated.

To cope with these rather unique challenges, the Agency formed the Employee Activity Association (EAA), which, in exchange for membership dues, would ensure that next weekend’s fishing trip would have a plausible cover story.

The activities themselves are ranked by tiers of plausible deniability to CIA affiliation, from Glee Club (least suspicious) to Football (most suspicious). 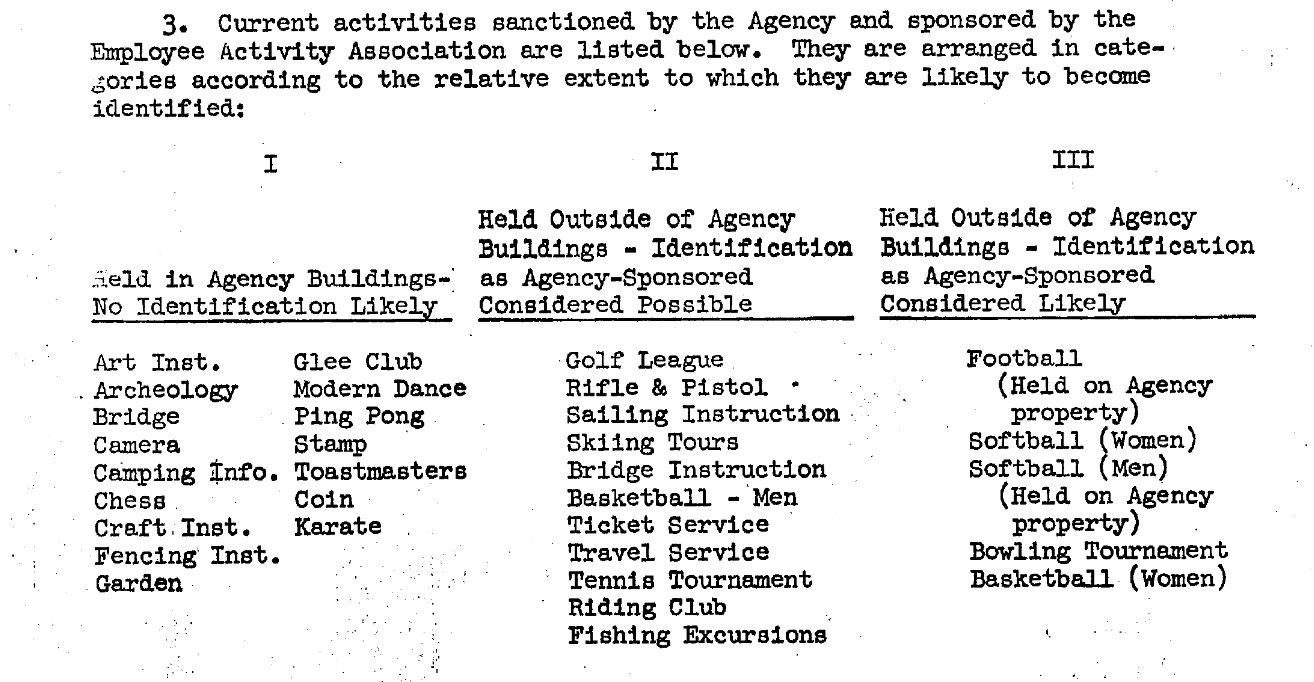 Depending on a member’s current assignment and cover concerns, the EAA would evaluate which tiers they could participate in - which might mean that golf game will have to wait until after you’re done overthrowing that democratically-elected government.

In turn, members were expected to keep the existence or non-existence of the ping-pong team a secret and to attend security briefings.

Yes, you read that right. CIA agents had to be briefed before bowling.

Also included was the Director’s response to the memo, which was tepid, to put it politely - to him, the whole thing stank of a membership drive for the EAA.

Regardless, the EAA continued on for decades, eventually getting its own facility and even a store. Which, apparently, was constantly being stolen from, but that’s a story for another day.

Read the full memo embedded below: