From 1984 to 1994, during the Afghan jihad against the Soviet Union, the United States Agency for International Development (USAID) awarded the University of Nebraska-Omaha with a $51 million grant to produce textbooks for Afghan children. Textbooks such as “The Alphabet of Jihad Literacy” were intended to promote violence in the form of jihad against the Soviet Union. According to one report, the books glorified violence in the name of religion. The lesson for the letter T in “The Alphabet of Jihad Literacy” provides the word “topak,” Pashto for gun. “My uncle has a gun,” reads the entry. “He does jihad with the gun.” 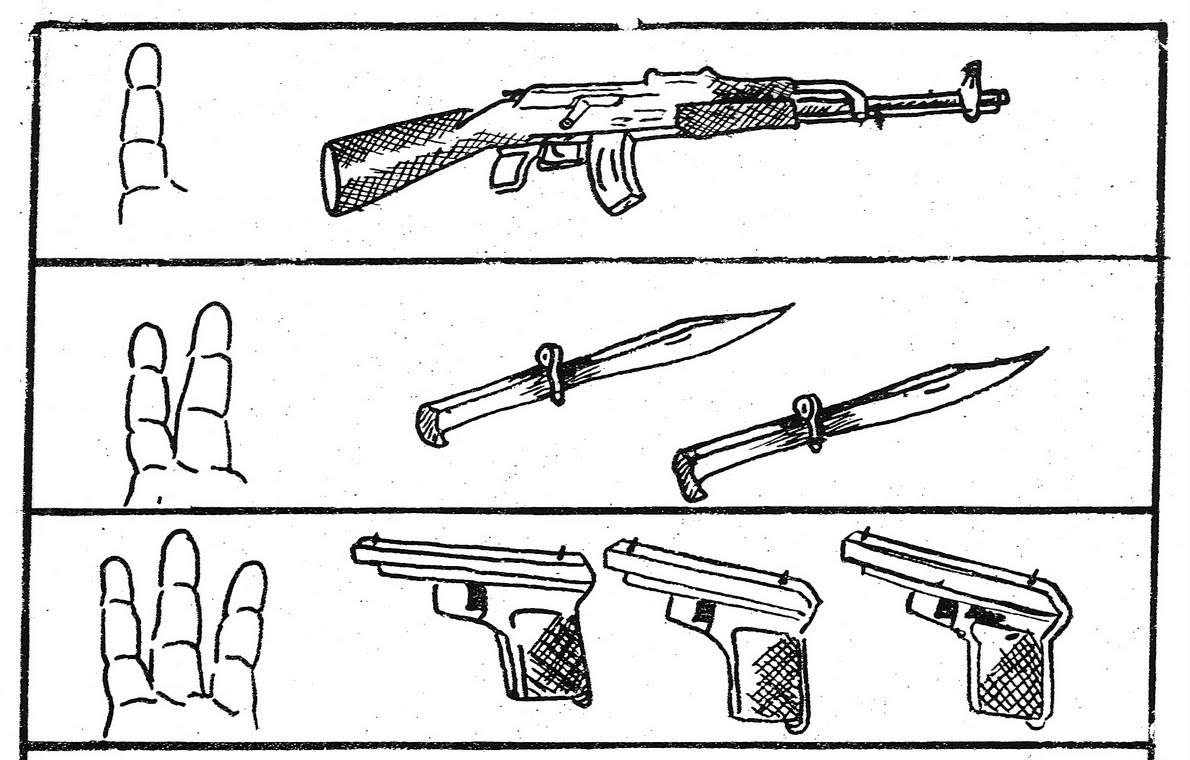 Decades later, the US government is still relying on universities to produce propaganda on its behalf.

In the last days of Obama’s presidency, the University of North Carolina at Chapel Hill won a grant worth $866,687 under the Department of Homeland Security’s (DHS) Countering Violent Extremism (CVE) initiative to produce counter-jihadist propaganda.

According to the grant proposal, acquired through a North Carolina Public Records Law request, the University will invest the money in hiring 36 undergraduate students “who already have the background training that gives them the key skill sets for CVE production.”

The production of propaganda material is to be “aimed directly at communities being targeted for recruitment and radicalization.” The overwhelming focus on jihadist propaganda leaves little doubt that this means Muslim American communities.

The program has already drawn the ire of local Muslim students who have called on the university to reject the CVE grant. In a lengthy open letter the UNC Muslim Students Association (MSA) objected to the “reduction of Muslims to possible suspects” which they believe “sends a clear message to UNC’s Muslim community that they - and other Muslim Americans - are viewed as inherently radical/violent and raises concerns about our surveillance and safety.” 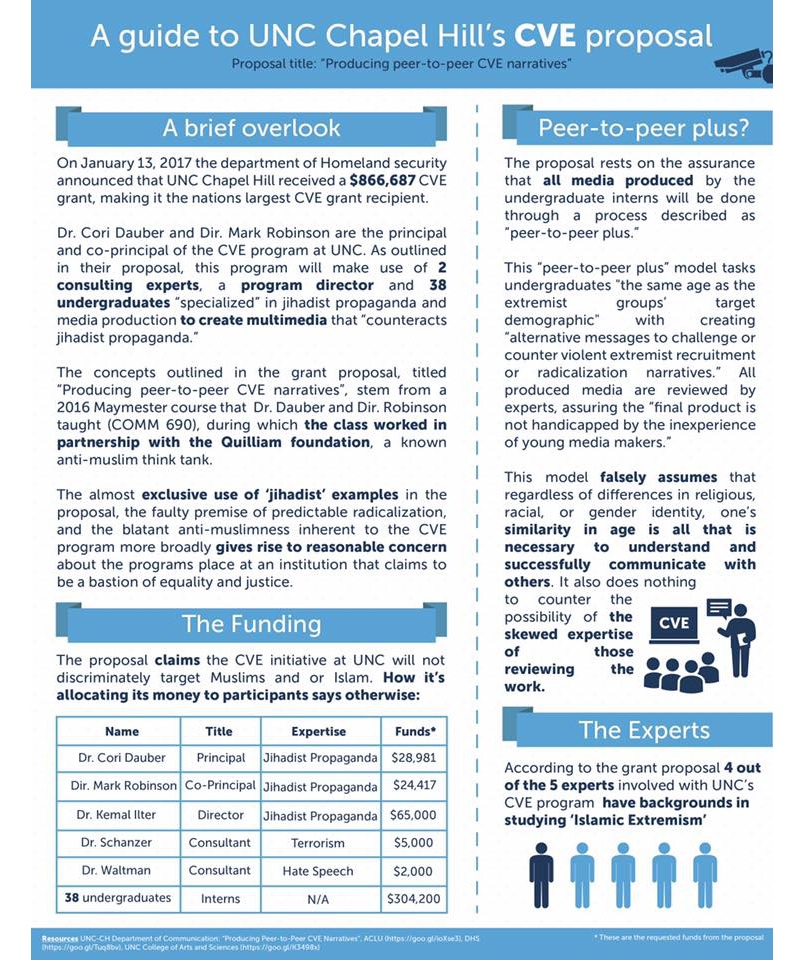 You can read UNC-Chapel Hill’s grant proposal below or on the request page.

Image via Wikimedia Commons and is licensed under CC BY-ND 2.0