Declassified records recently unearthed in CREST show the CIA waffled on a promise to obey the law in destroying records of Agency’s illegal activities and wrongdoing.

In 1976, Congresswoman Bella Abzug wrote to CIA Director George H.W. Bush about the existing moratorium on the destruction of CIA files. As the Chairwoman of the Subcommittee on Government Information and Individual Rights, which had jurisdiction over government information policy including FOIA and the Privacy Act, she wanted the moratorium extended - specifically, she wanted to ensure that Congress had time to enact legislation in response to the Church, Pike, and Rockefeller hearings and the resulting reports. 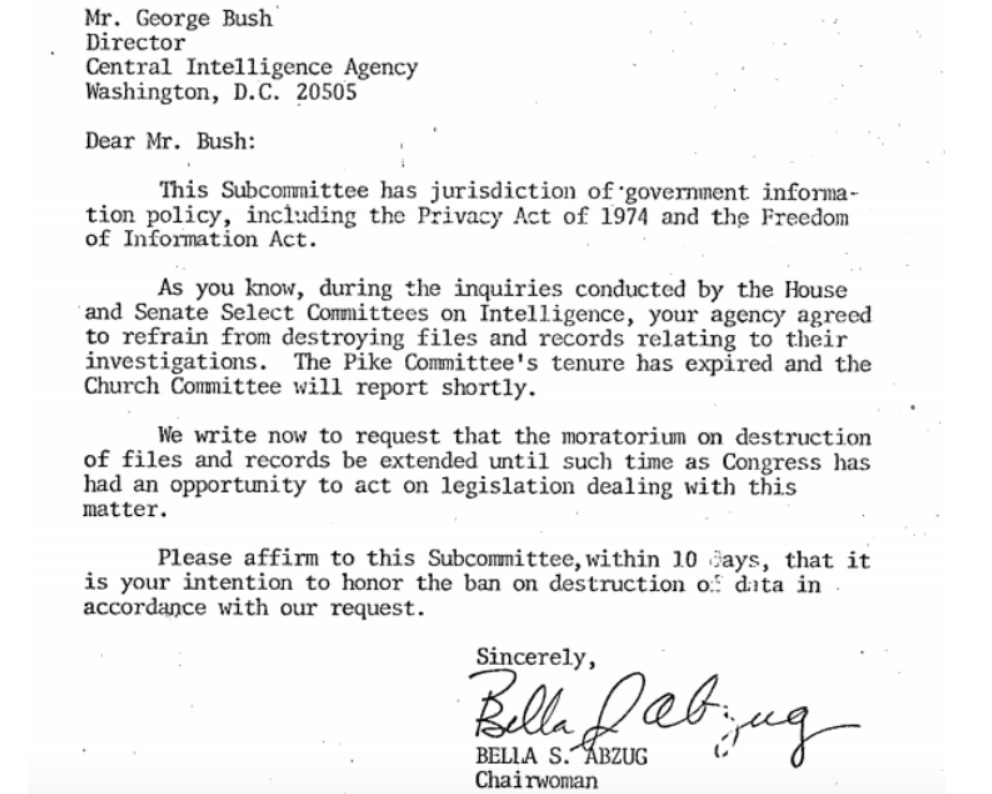 On behalf of the Director, the Agency drafted a short initial reply to the Congresswoman. The first draft ended with a promise that the “destruction of Agency material will be in accordance with the recommendations of the President’s Commission on CIA Activities within the United States, Presidential directives and as permitted by law.” This paragraph was bracketed, with the comment written below “recommend deletion of bracketed paragraph.” 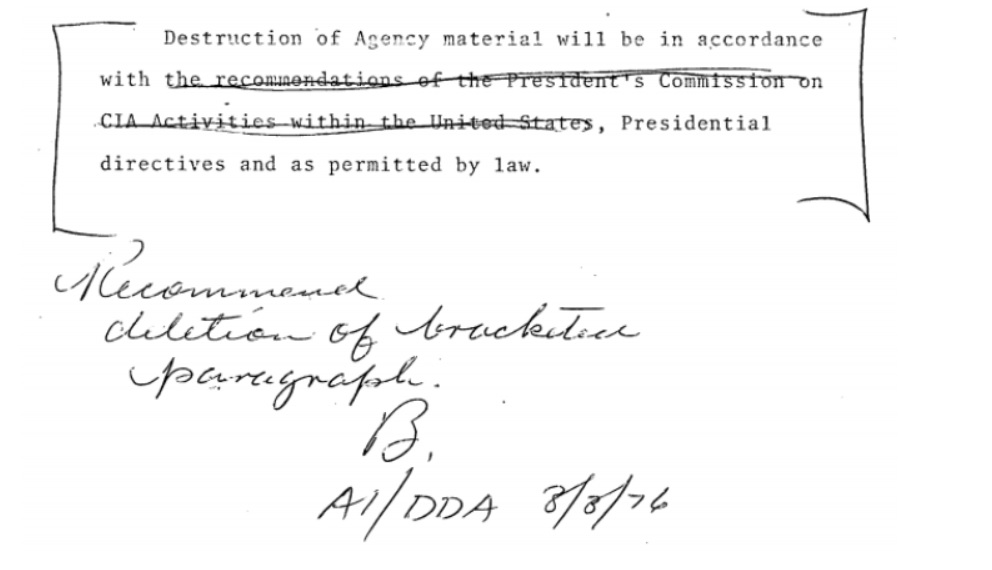 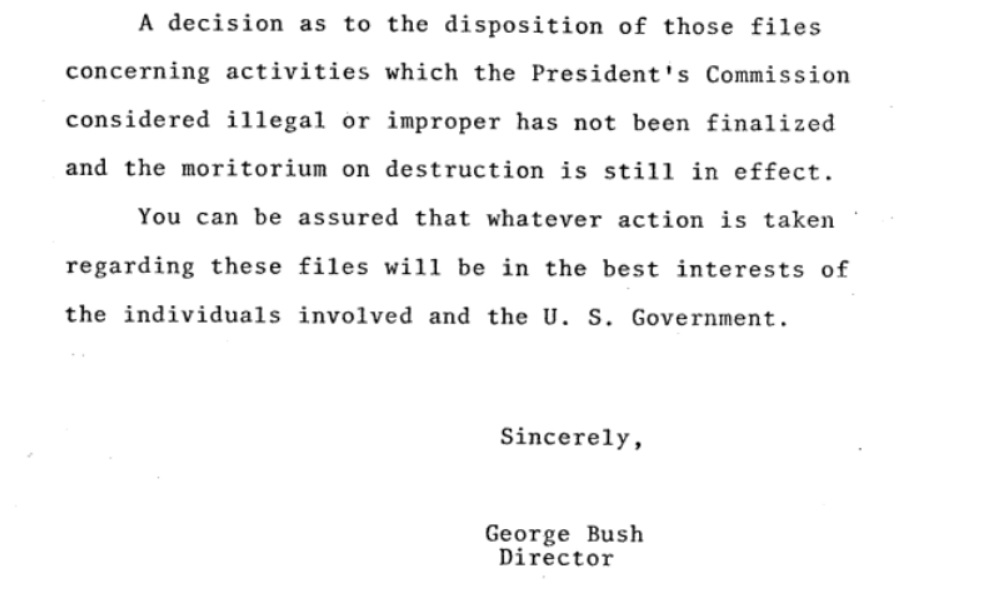 Ultimately, thankfully, the letter sent out by CIA Director Bush promised that any destruction of CIA materials would “be in accordance with Presidential directives and as permitted by law.” Regardless, the fact that the Agency debated over whether promising this is of no small concern. If the Congresswoman were still alive, there’s no doubt she would agree. 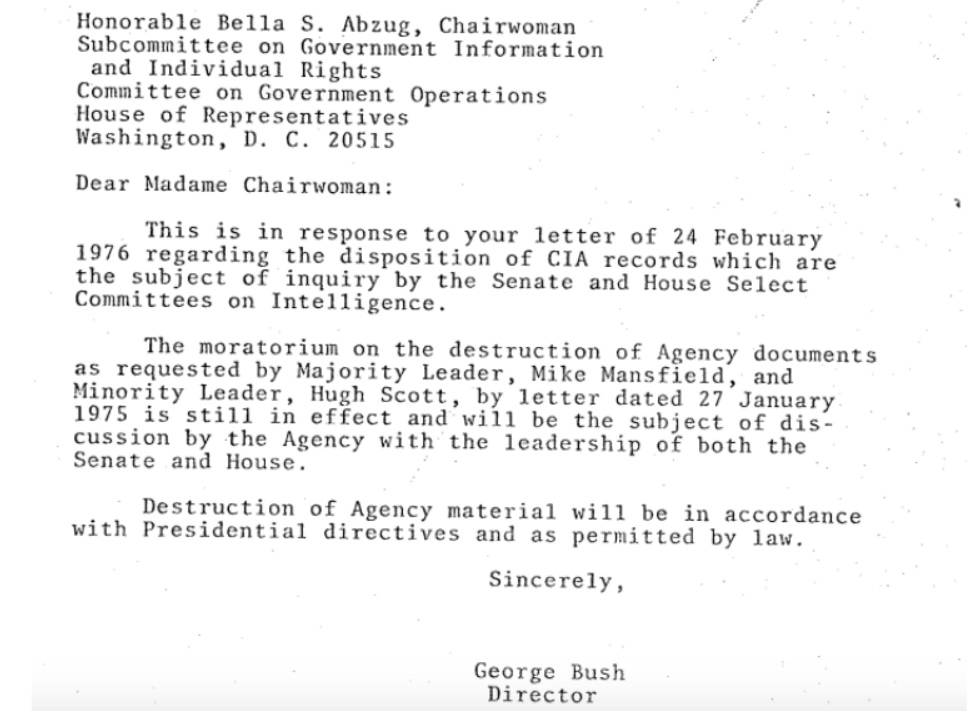