In April 1987, the CIA’s Chief of Information Systems Security submitted a memo detailing a meeting he had recently had with the Director of the NSA’s National Computer Security Security Center.

The meeting had been prompted by an earlier incident, still redacted, that had generated “mass confusion.” 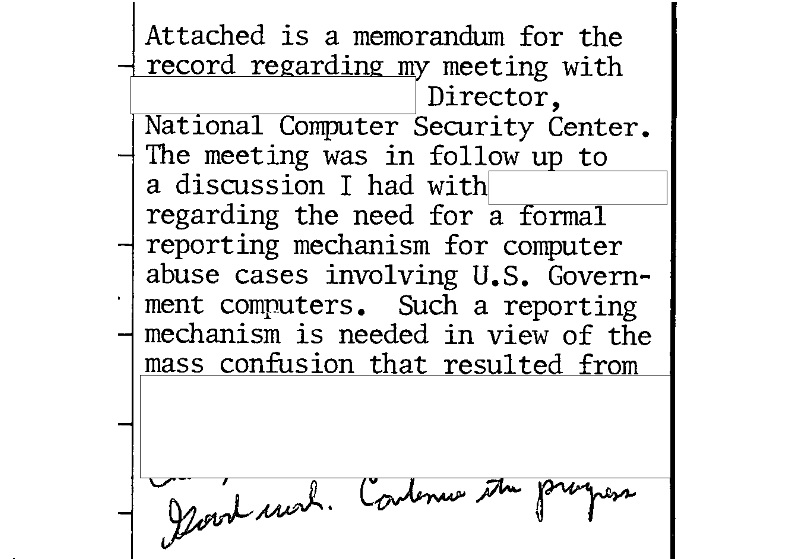 Hints as to what the incident could have been can be gleaned from the meeting’s agenda, which tackled concerns about “computer hacking into government agencies” …

and the fact that as of 1987, there were no reporting requirements for cybersecurity incidents at the federal level.

So, a few important takeaways from this meeting that changed the way federal agencies handle cybersecurity FOREVER. One, start reporting those incidents.

Two, start taking advantage of the NSA’s existing database of fixes and, you know, apply them.

And three, make staff generally aware that cybersecurity is a thing, which would probably take care of 99% of the problem right there.

The CIA then sealed this historic partnership in the most literal way possible - handing their counterpart at the NSA a literal seal.

The full memo is embedded below.