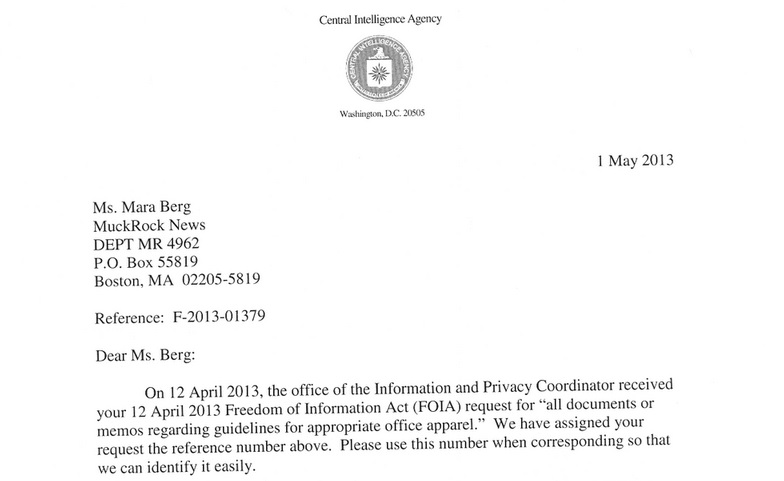 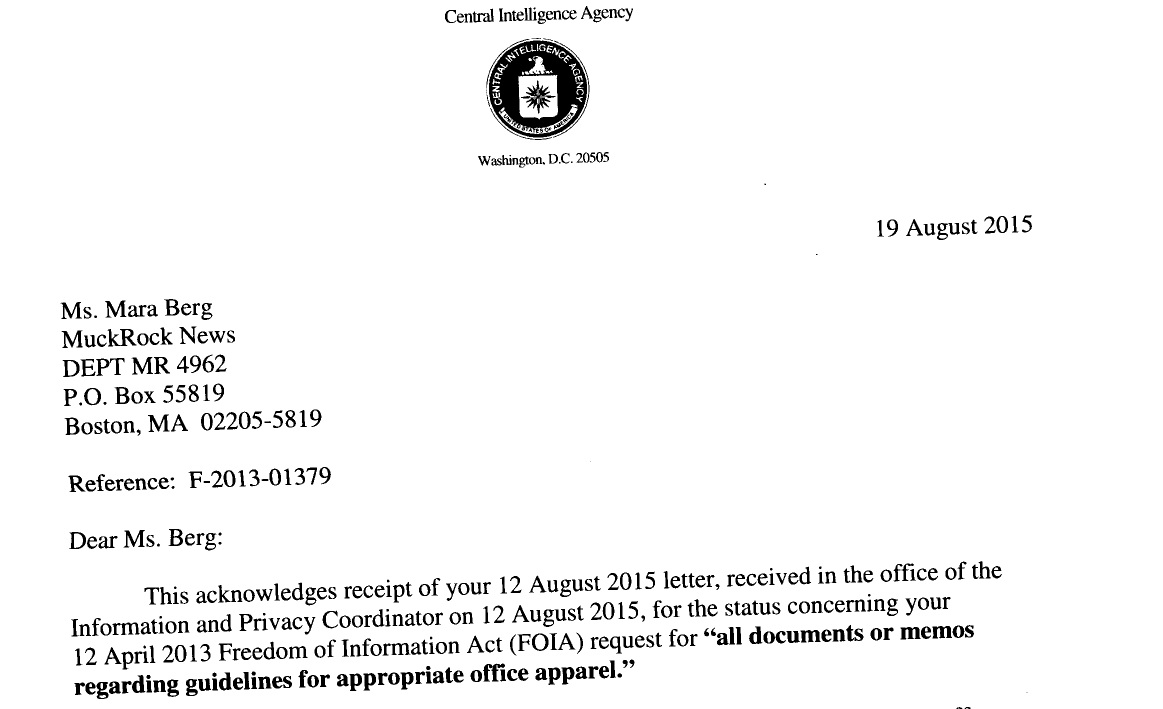 that is, until just last month, when the Agency finally released their long-awaited dress code …

which revealed that … they didn’t have a dress code.

But hey, at least we now know Casual Fridays are a thing at Langley.

Ah, the old CIA FOIA Officer motto - “Why underwhelm today, when you could underwhelm three years from now?” Read the full release on the request page, or embedded below: