Curious about what criteria the CIA have for determining if they “can neither confirm nor deny” something? So did Jason Smathers, who back in 2010 filed one of MuckRock’s earliest requests for exactly that. Six years later, he still doesn’t know.

Smathers first filed in October 2010 - to the agency’s credit, they only took a mere two months to get back to him. 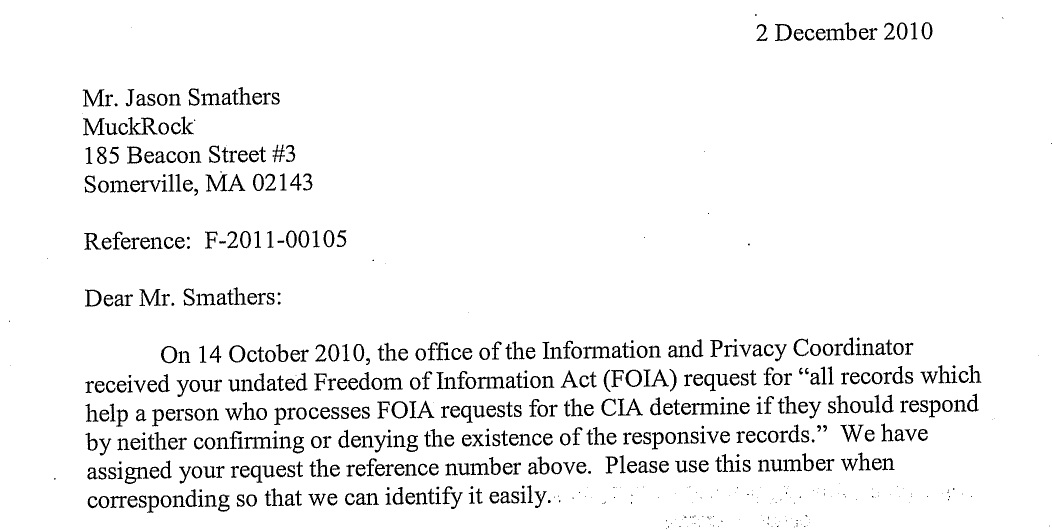 Which was followed by two and a half years of radio silence. A follow-up in June of 2013 was finally responded to with reassurances that the request was still processing … which apparently served as a reminder to the agency to finally send the rejection letter collecting dust in the corner.

Ultimately, the CIA cites no fewer than three separate exemptions, including what appears to be a “Schrödinger’s b(5),” all for what should be some basic FOIA processing manuals.

How do we know that? Well silver lining/insult to injury, Smathers filed the same request with the NSA, and though they too took three years to process it, they actually delivered.

But you know what they say - one agency’s basic documentation is another agency’s matter of national security. Not to mention a FOIA requester’s complete waste of time.