FBI files released to Connor Skelding reveal that the Bureau was sufficiently alarmed about author Norman Mailer’s accusations about their role in Marilyn Monroe’s death, leading them to investigate if they had, in fact, wiretapped the actress phone.

The incident, near the end of Mailer’s sizable file, began in 1973, when the former agent in charge of the FBI’s Los Angeles office, William Simon, received a call from Lloyd Shearer, the editor of Parade. Shearer had received an advance copy of Mailer’s upcoming book, which contained some fairly salacious gossip regarding the Bureau and the Blonde Bombshell. 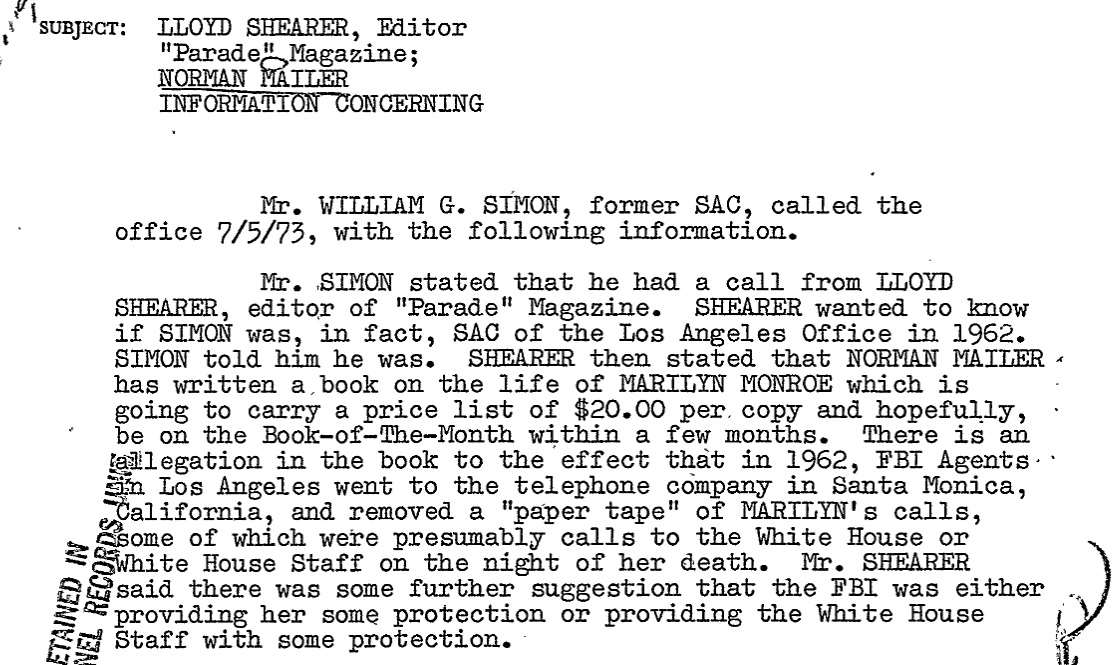 Simon’s response was a pretty unequivocal “I have no idea what you’re talking about.”

While it’s unclear how believable Shearer found Simon’s protestations of innocence, the Bureau apparently found the charges alarming enough to inquire if they did actually know what Shearer was talking about.

While the investigation did confirm the existence of rumors surrounding Monroe and Robert Kennedy, there wasn’t anything to back up the “seizing of phone records” thing. Exonerated in their own eyes, the FBI debated internally whether it was worth getting Mailer to remove the offending passages.

The Bureau’s attitude changed completely, however, when they actually got ahold of an advance copy. 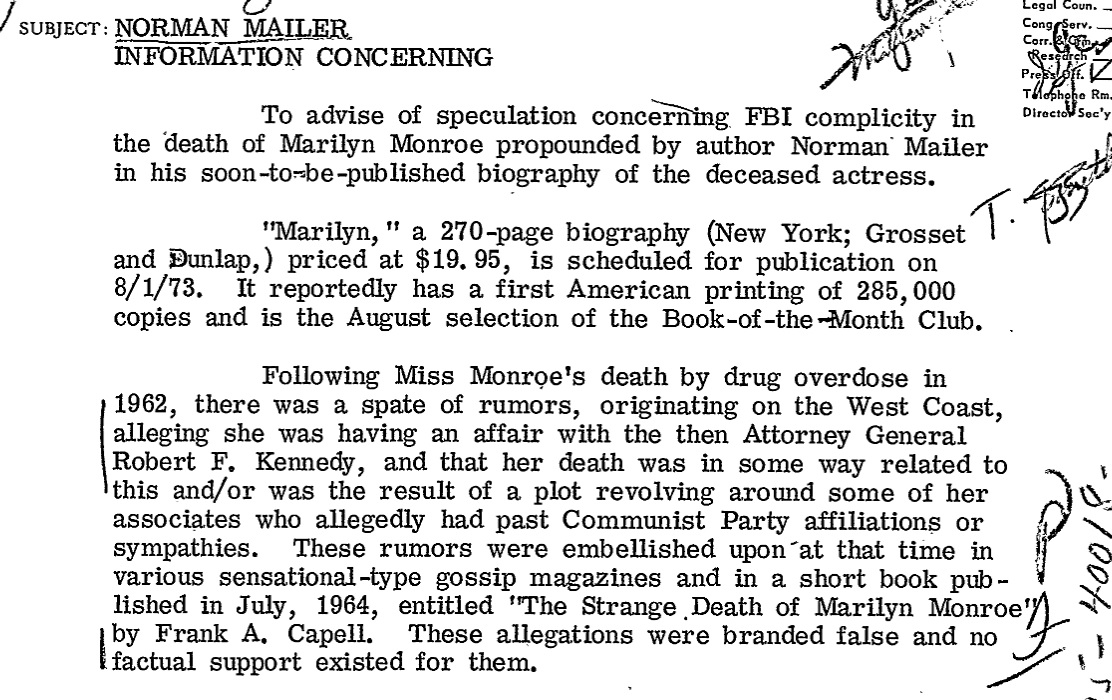 Mailer had apparently taken some of the more lurid theories surrounding Monroe’s death and ran with them, positing a joint CIA-FBI murder plot as retaliation against the Kennedys for being mad at them for bungling the Bay of Pigs invasion.

Also included was the allegation of the Bureau monitoring Monroe’s phone calls, which was somewhat underwhelming alongside “joint CIA-FBI murder plot.”

The FBI, releasing the futility of fact-checking someone who was openly challenging the very concept of truth …

and who would no doubt capitalize on the controversy, decided to just let the matter rest here.

What’s the takeaway here? If you’re going to lie about the FBI, make it big. Read the file embedded below, or on the request page.