Thanks to the plenty of duplicates that can end up in the Central Intelligence Agency’s CREST archive, a cryptic version of the Agency’s December 20th, 1985 holiday greetings to its worldwide employees is actually available in nearly-full format and available for reuse in your holiday-themed office-wide newsletter.

The Deputy Director of Science and Technology’s year-end send-off, following what would be dubbed “The Year of the Spy” for the number of foreign operatives that would be revealed functioning within the CIA and other law enforcement agencies, appears multiple times in the archive. A redacted version offers space to fill in your own employees’ description. 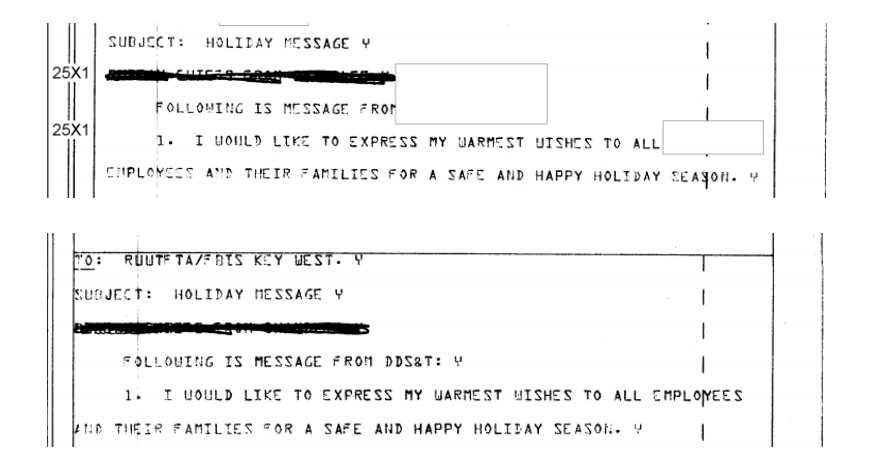 The note covers the challenges of the preceding year, including the common office topics of too few resources, long hours …

You can check out both versions below or on CREST.