As part of an ongoing series on MuckRock staff’s infatuation with figures from the Federal Bureau of Investigation file project, Caitlin Russell lists five reasons why Bureau surveillance records shows there’s room for just one Marx in her life. Well, two.

1. Shares his hobbies with his significant other

In addition to being adorable and goofy, Harpo Marx was the type of engaged partner who would bring his wife to illegal gambling dens with him.

A lot of fellas would have left their old lady at home, but Harpo was a good dude:

2. Not busted in a prostitution sting

Unlike SOME Marx Brothers, Harpo wasn’t showing up in a madam’s little black book.

Or maybe he was just smart enough not to get caught, which still shows a certain about of consideration for his lady.

A must for any lefty lady or gent, Harpo was a total commie. 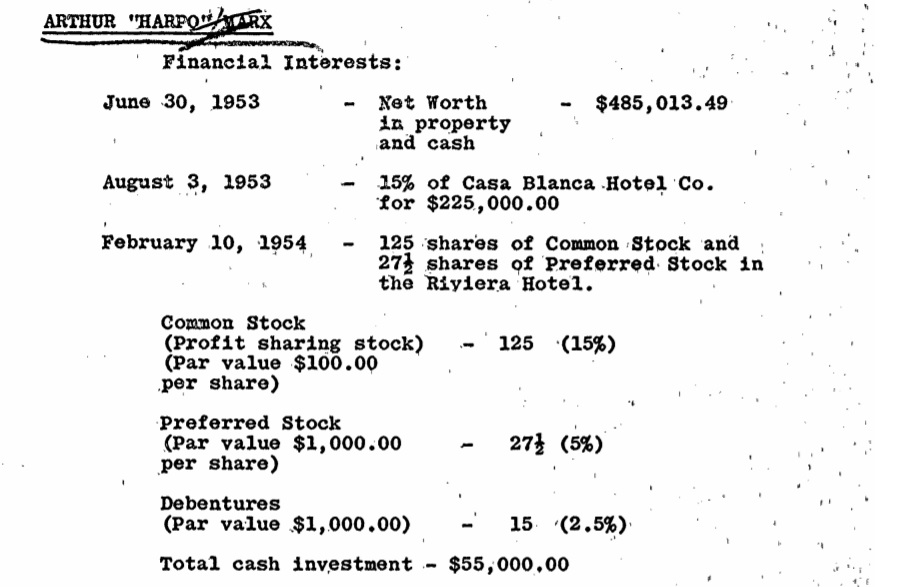 And while yes, technically Groucho was all the above as well …

there’s no accounting for personal taste. Which is just another way of saying that Harpo was just a tad less … mustachey.

Read Harpo’s file embedded below, and the rest of the Marx Brothers’ run-ins with the Bureau on the request page.

Despite regulatory mandate, no one is banned from New York casinos