As millions of Americans head to the polls this Super Tuesday to do their civic duty, it’s time to take a moment to reflect on almost a year’s worth of election coverage … and how very, very, very mad people got about it.

Of the 166 FCC complaints released to The Daily Dot regarding the Democratic and Republican presidential primary, the vast majority that the supposedly ‘public’ debates were only available to those paying for cable.

As one viewer put it, these debates “should not be behind a Pay Wall!!!” and that it was “probably Unconstitutional and illegal.” 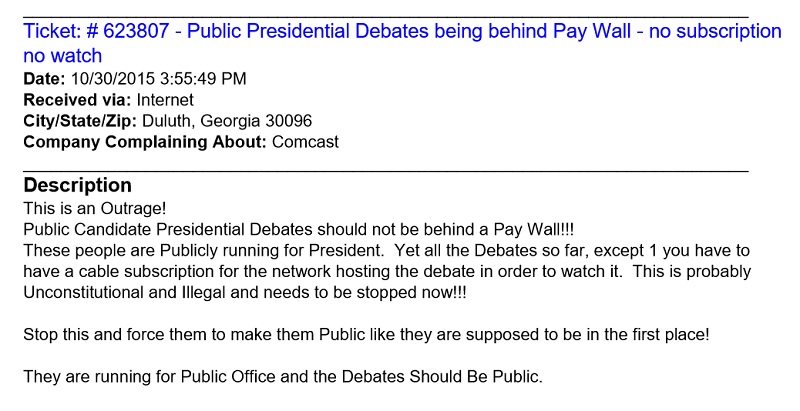 While those in the Donald Trump camp felt that Fox News had “conspired to ambush” him: 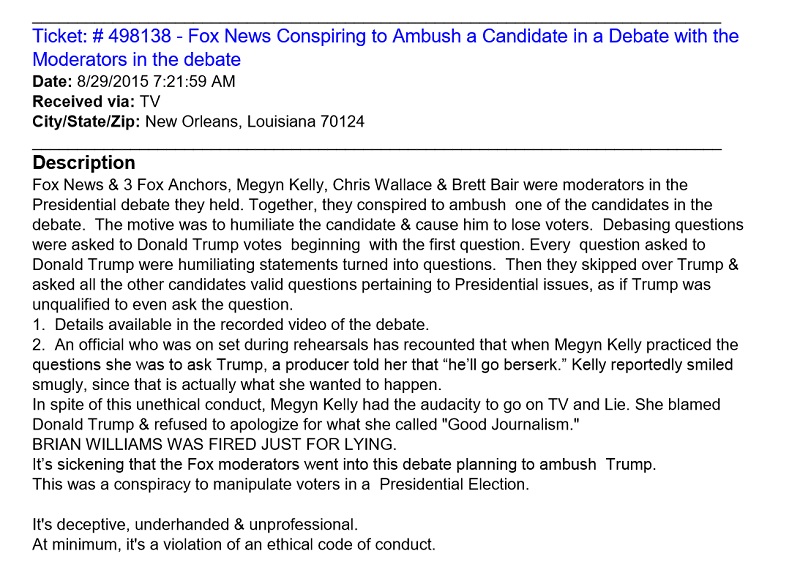 Finally, no political FCC complaints would be compete without a healthy bit of conspiracy theory …

And well … whatever this is.

We’ll end with this heartbreaking plea from a senior citizen, who feels that without cable, she’s being denied a chance to “join todays living.” 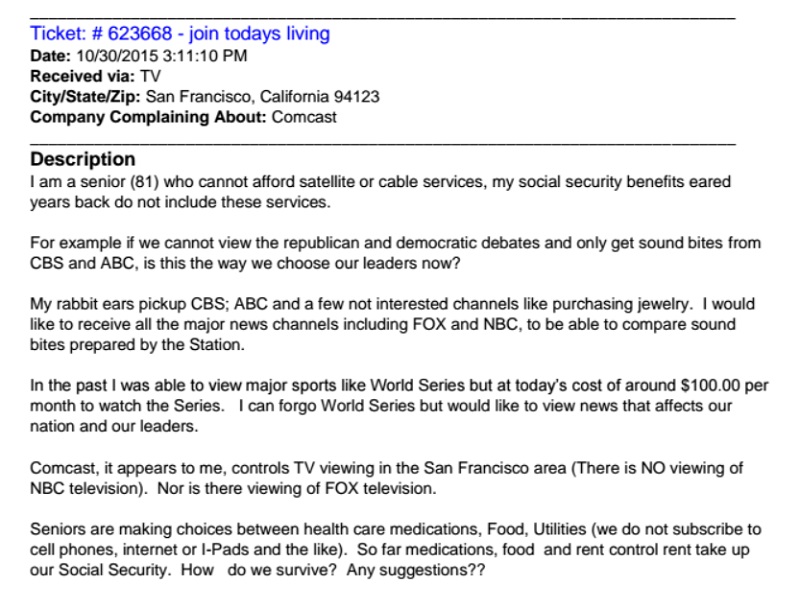 Read the full complaints embedded below, or on the request page.

Image by Gage Skidmore via Wikimedia Commons and is licensed under CC BY-SA 3.0

The future president’s feelings on Freedom of Information