As we’ve written about before, the FBI’s classification of “economic disruption” as a form of terrorism comes dangerously close to criminalizing activism. Never is that more clear than in their files on the international environmentalist organization Greenpeace.

The file, consisting of seven pre-processed pages, was released to Michael Morisy as part of a request regarding the FBI’s files on the more radical Earth Liberation Front, which oddly enough, is never mentioned.

The file covers two investigations from 2006, both of which appear to be based off of information provided by a single undercover informant. 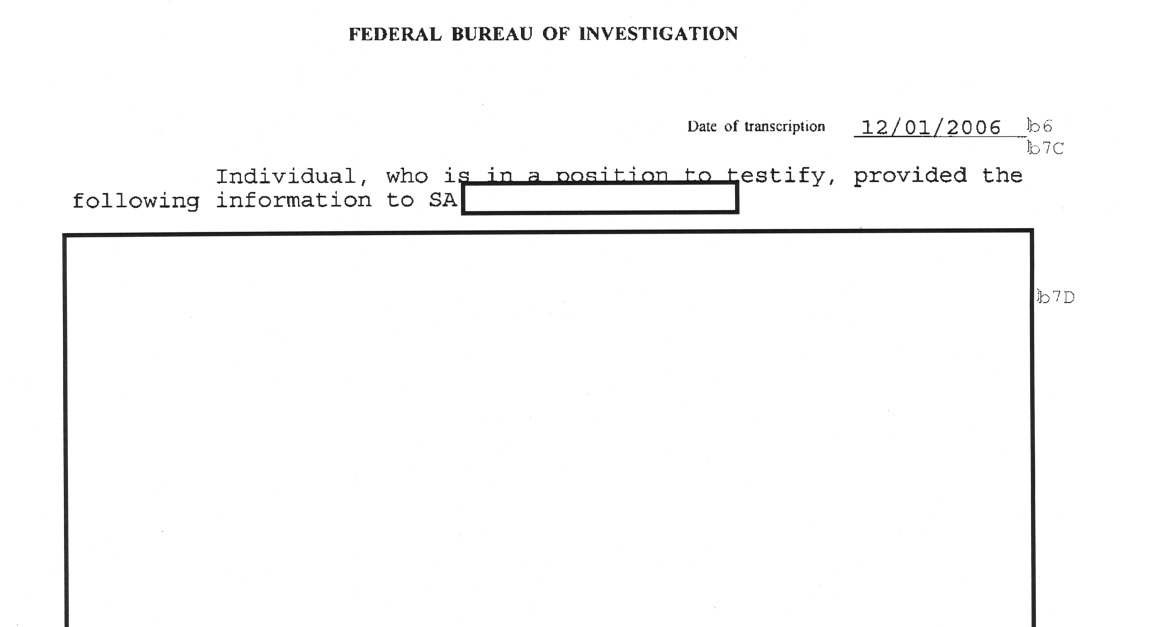 The first is part of a Joint Terrorism Task Force report on “Animal Rights/Environmental Extremists Matters,” and concerns Greenpeace’s protests of the Kimberly-Clark corporation. 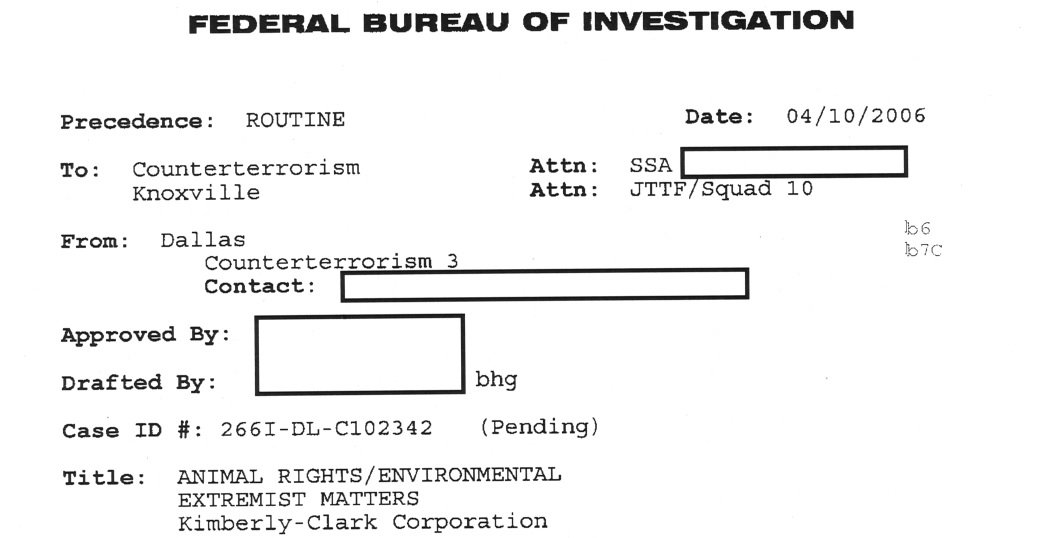 The protests were staged as part of Greenpeace’s Kleercut campaign, which attempted to pressure Kimberly-Clark to stop sourcing their materials for Kleenex from logging operations in Canada’s Boreal Forest. With admirable passive-aggressiveness, the file notes that logging is limited, and is done with the backing of the Canadian government. “So, like, don’t make this into a big thing” the file does not go on to say.

So what exactly were these dastardly acts of terrorism committed by these environmental extremists in pursuit of this goal? According to the report, their crimes include driving a funny-looking truck (and posting pictures of it online) …

defaming a CEO with a scatalogical dunk tank …

asking pointed questions, wearing purple wings while reading a pamphlet, and most heinous of all unfurling a banner.

The report concludes with a note that the FBI would be vigilant about the upcoming Kimberly Clark shareholder’s meeting, coordinating with no less than three different local law enforcement agencies.

All appeared to be for naught, however, as the terrorist ended up winning this one - in 2009 Kimberly-Clark announced they would be collaborating with Greenpeace on a new environmental policy that involved a shift towards “100% independent sustainability.”

While details regarding the second incident have been completely redacted, there is a charming lack of equivocation in how it characterizes its case:

As we saw with other activist groups, this “terrorism by association” is nothing new - any overlap between any of these groups incriminated them all equally. And as for whatever this Axis of Irritation had planned, thanks to ███████, the FBI would be ready.

The file ends by noting that Greenpeace is “referenced in numerous serials” - and that these seven pages are far from the complete release of files on the organization.

Image via Wikimedia Commons and is licensed under CC BY-SA 2.5