The “Justice is Not For Sale” Act was introduced into Congress yesterday, providing criminal justice reformers something to hang their hopes on for now. The bill — sponsored by Raúl Grijalva (AZ), Keith Ellison (MN), Bobby Rush (IL), and president-possibility Bernie Sanders (VT) — proposes a series of reforms to shake up the system: the elimination of privately-run prison contracts at all levels of government, the reinstatement of the federal parole system, restrictions on telephone and video service fees, and termination of the bed quotas found in immigrant detention center contracts.

The system, however, is a knot of agreements and in many cases — thanks to Intergovernmental Services Agreements (IGSAs) — the ones left holding the loose ends will be the rural towns and communities in which these private facilities have set up shop.

The facility in Estancia, New Mexico — as we reported in February — contains a cobbled-together population of over 900 inmates, sourced from both federal and local law enforcement agencies. The cobbler is the private operator; the tool being used is the local government itself.

When the facility first opened twenty-five years ago, the County and CCA had already been in talks about how the business would be structured.

As indicated by the Management Services Contract first written up between CCA and the County of Torrance, the County had “agreed to enter into certain contractual agreements with governmental entities as agreed to by the County and CCA … with terms and conditions agreeable to the County and CCA.” Since then, the County has entered into such agreements, IGSAs, with both the U.S. Marshals Service (USMS) and Immigration and Customs Enforcement (ICE). 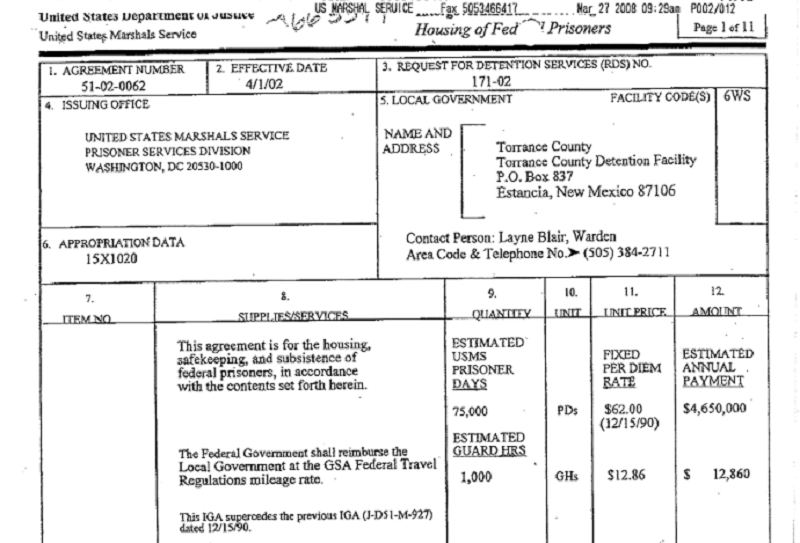 In return, they receive 75 cents every day for each inmate held in TCDC. When the facility is at capacity, that comes out to roughly 250,000 dollars a year for the County of Torrance to keep their facility packed.

It would seem to be a good deal for the County. But as indicated by medical invoices for unexpected hospital visits and treatments, the County is often saddled with bills that they didn’t expect. Ten of thousands have been spent in the last five years. 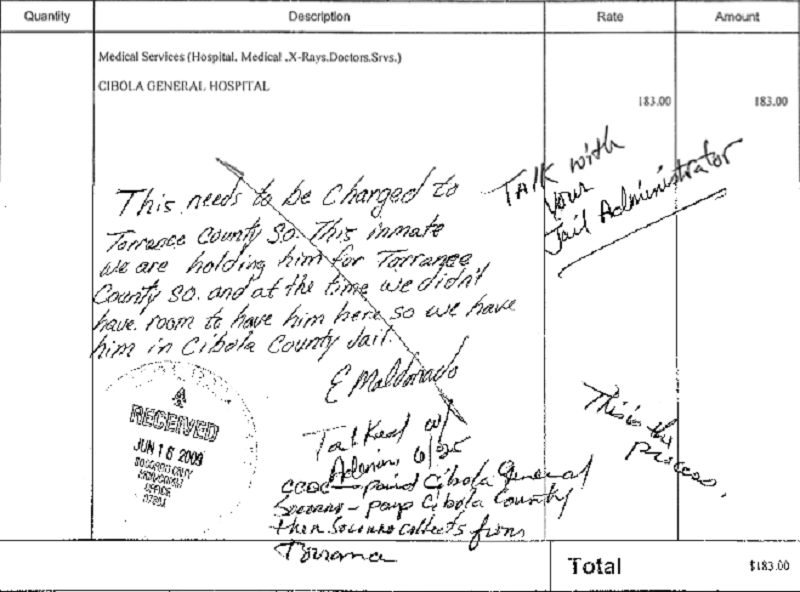 Occasionally, the promise of bed space for all of those agreements, in addition to the County’s own inmate population, becomes too much for the confines of one facility. In those instances, inmates are moved to nearby facilities, like Socorro County Detention Center — which, according to one local official, also suffers from the overcrowding that plagues the whole area — or the Cibola County Detention Center, which is also owned by CCA.

The issue of detaching private prisons from their government “partners” is a tricky one, and the new legislation has included terms to try to ease the transition, leaving room for instances in which existing agreements can be modified or else face total cancellation. 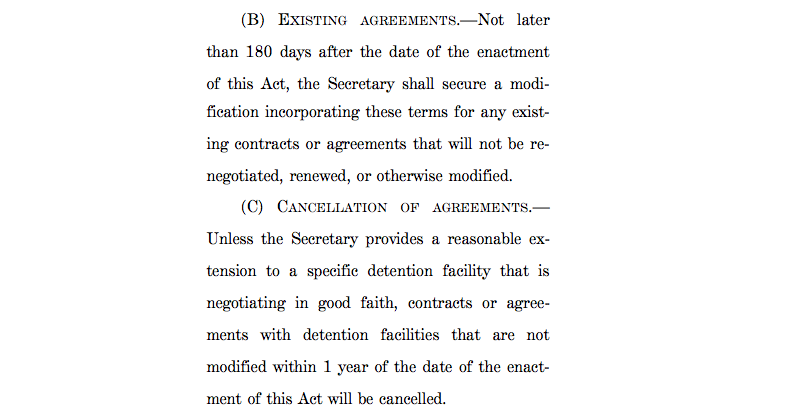 His home state of Vermont, however, continues to contract with Corrections Corporation in Michigan, where the local community welcomed the incoming prisoners because of the jobs and related income that came with their arrival. Justice may not be for sale, but officially-recognized side deals and incentives still afford plenty of opportunities for the cogs in the system to exploit one another.

Image by Gage Skidmore via Wikimedia Commons and is licensed under CC BY-SA 2.0