Another version of this article appears on EFF.org

EFF and MuckRock teamed up in August to reveal how state and local law enforcement agencies are using mobile biometric technology in the field by filing public records requests around the country. With the help of members of the public who nominated jurisdictions for investigation, we have now obtained thousands of pages of documents from more than 30 agencies.

Because of the volume of records we’ve received so far - docs continue to flow in faster than EFF and MuckRock’s teams can read through them - we’re starting with California. Nine of the agencies have responded to our requests with documents, while many more claimed they didn’t have any records. 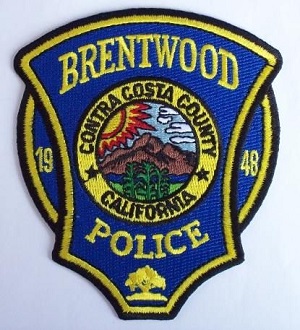 What they have: Mobile fingerprinting
Records we received: One page of instructions

Brentwood police have installed BlueCheck mobile ID systems in nine vehicles. These handheld devices, sold by 3M, capture fingerprints and match them to criminal and registrant files maintained by Contra Costa and Alameda counties. Brentwood Police plan to link the devices to California Department of Justice and FBI data in “the near future.”

Once an officer scans the subject’s index fingers, the device will return results in under three minutes. A “hit” is considered a 100% accurate match. 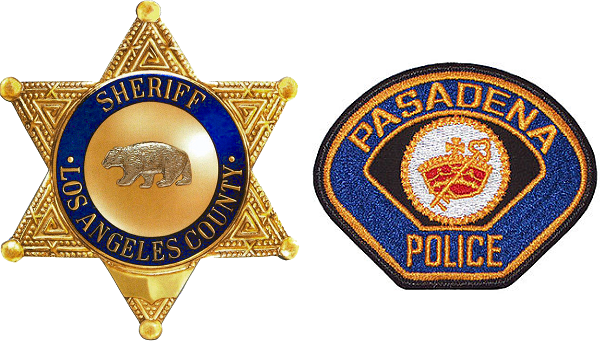 What they have: Face recognition, tattoo recognition, mobile fingerprinting
Records we received: Procurement and purchasing documents, guidelines and best practices

LASD provided a selection of records after charging a $42 fee, while refusing to answer specific questions. Pasadena Police did not provide records, but did answer a handful of questions.

In 2008, LASD initiated a $2 million contract with DataWorks for a “Digital Mugshot System,” which included facial recognition and tattoo recognition technology. Dataworks’ system, combined with Cognitec facial recognition algorithm, could match a face in under 30 seconds. As of 2013, the system had more than 6.5 million booking photos and more than 3 million images of scars, marks, and tattoos.

Between 2010 and 2013, the county sought information and proposals to expand what they called a “Multimodal Biometric Identification System” that, in addition to facial and tattoo recognition, would include iris scanning, DNA analysis, and voice recognition. Ultimately, they decided to extend its current contract with DataWorks, signing another four-year, $2.1 million deal in February 2015.

The current contract includes a facial recognition mobile app for iOS, Android, and Windows 8 tablets — licensed for up to 250 individual devices. Dataworks is also tasked with adding 9 million new face images to the current 7 million already in the system.

LASD did not provide up-to-date information for its use of mobile fingerprinting devices, but records provided to MuckRock and EFF show the agency had at least 2,500 Blue Check portable Bluetooth fingerprint scanners as of 2010. At the time, LASD’s finger print database included more than 10 million Ten Prints (full fingerprint sets), over 1.5 million palm prints, and 175,000 latent prints. In 2010, LASD reported that the system had an accuracy rate of 95% for two-finger queries and 99.95% for four-finger queries.

Per departmental guidelines, the devices may only be used for law-enforcement purposes and only by personnel who have received training in proper use of the devices. A 2014 newsletter addressed the problem of deputies being asked to use the devices for non-law enforcement purposes. A hypothetical scenario involved an emergency room physician asking an officer to use a mobile fingerprinting device to identify a patient not currently involved in a case. Under these circumstances, the officer would not be allowed to deploy the device.

Pasadena Police Department has 38 BlueCheck devices, all were provided by LASD, and they query LAPD’s databases. The devices may be used by all of Pasadena’s 240 officers. 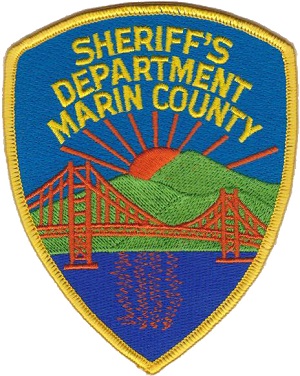 What they have: Mobile fingerprinting
Records we received: Marketing materials, policies, purchasing documents, memorandum of understanding between Marin County and the California Department of Justice

The Marin County Sheriff’s Office ordered 40 Mobile Ident II fingerprint readers (sold by Cogent Systems) between April and August 2009. In addition to prints, the devices are also equipped with a camera for capturing portraits.

The devices are primarily used to identify people in the field by capturing fingerprints and comparing them against the sheriff’s arrestee database. The process takes approximately 90 seconds, providing results such as name under which the person was originally booked, a booking photograph, booking number, and driver license number. All patrol officers have access to the devices, though, according to a sheriff’s directive, they “should” only be used by deputies who have received training.

In 2011, the sheriff signed an agreement with the California Department of Justice to participate in a statewide Mobile ID system. 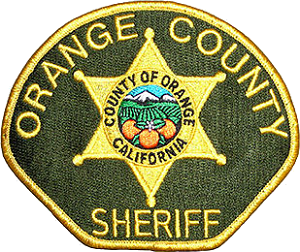 What they have: None currently, but recently tested mobile fingerprinting
Records we received: Statistical breakdowns, memorandums of understanding, appropriate use policy

Orange County Sheriff’s crime lab recently purchased MorphoTrak’s MorphoBis automated biometric identification system at a cost of $10 million. While the system is built to handle iris identification, face recognition, and mobile identification, a staffer told us those functions are in the planning stages, but not currently in use.

Between June 5 and August 28, 2015, Orange County Sheriff’s Office tested six mobile fingerprinting devices from MorphoTrack. A total of 12 officers were authorized to use the devices. According to the one-page appropriate use policy, officers are only allowed to use the devices when they have a legal right to request identification. However, the fingerprint matches are only considered “supplemental information” and may not be used as the sole proof of identity or probable cause for arrest.

The sheriff also provided statistics on its overall fingerprinting database (i.e. prints on file, mostly captured during the booking process). Between 2012 and 2014, the sheriff collected fingerprints from 222,244 individuals, while there are a total of 1.48 million fingerprints in the database. These fingerprints, including ones collected through mobile devices, are kept on record indefinitely. Twelve police agencies in Orange County have access to the database, as do vendors for operational purposes. 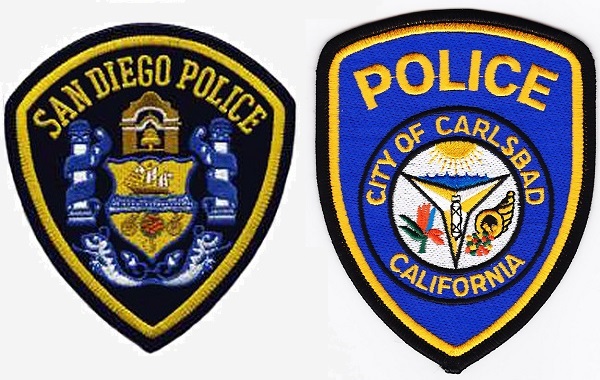 What they have: Facial recognition
Records we received: 161mb of records from SANDAG, four-page policy document from SDPD, six pages of instructions from CPD

SANDAG is a government organization composed of representatives from cities throughout the region that coordinates county wide programs, including information and technology-sharing between law enforcement agencies. As EFF previously reported, SANDAG — through its Automated Regional Justice Information System (ARJIS) — operates a mobile facial recognition project called the Tactical Information System, or TACIDS. The system is provided by FaceFirst, also known as Airborne Biometrics.

Through Android devices and a mobile app, officers can take photos of suspects during stops and compare those images against the San Diego County Sheriff’s mugshot database. The documents show that the initial pilot was funded by a $418,000 grant from the U.S. Department of Justice. The most recent contract, which was signed after the pilot ended, is for $125,000 and covers the period of April 1, 2015 through March 31, 2016.

As of February 2015, 26 local, state and federal agencies in the San Diego County region are participating in the TACIDS program. Together, the agencies have a total 463 facial-recognition devices, although only 193 devices were listed as “active.”

There are 819 registered users, although non-registered users may email photos to those authorized to use the devices. The devices have been used 20,682 times, producing 5,200 matches. That means the devices were only effective in one out of four cases. (This data comes with the caveat that SANDAG is unable to distinguish between queries that occurred during police encounters and queries that occurred during training.)

The San Diego Police Department provided a copy of its policy, which says officers are only allowed to compare the image to the database for these three purposes: 1) To identify a suspect of a criminal investigation; 2) to aid in locating a missing person; or 3) to identify an individual for whom a warrant has been issued. Under the policy, the images are supposed to be deleted from the devices after the search has been run.

SDPD officers are not allowed to use facial recognition if the stopped person presents photo ID, unless the officer has reason to suspect the ID is forged or the person is using someone else’s ID. Only staff who have received special training are allowed to use the devices.

Carlsbad Police Department initially claimed they did not use biometric devices. EFF and MuckRock pointed out that the department is listed as participating in the TACIDS program, and only then did staff provide a document from the initial pilot project. The document shows the various screens of the app, as well as the configuration settings. Each device is linked to a unique Gmail account, and officers have the ability to adjust the sensitivity of the face-match algorithm. 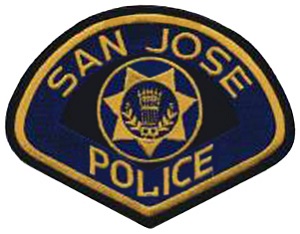 Records show the San Jose Police Department, in partnership with Santa Clara County, began using Bluecheck mobile fingerprinting devices in the field during the citation process as early as 2008, although the mobile identification program did not take off fully until two years later as part of the “Cal ID Mobile ID System.”

According to a policy memorandum issued in August 2010, the devices may only be used by trained personnel and only “in circumstances in which an officer has the suspect’s consent, or the officer has probable cause to arrest the person.” Any data provided by the system is considered “supplemental information” to other investigative measures.

In 2011, SJPD received a $462,700 federal grant through the California Department of Justice to expand the system so officers may check fingerprints against the state’s fingerprint system and eventually the FBI’s database. Around this time, procurement documents show a switch from BlueCheck to Mobizent’s ID-Mobileworks system, which cost at least $190,000 for 26 devices (other documents show as many as 85). As of 2012, the Santa Clara system contained 891,612 10-print/palm print files.

In summer 2015, SJPD also applied for a $500,000 federal grant to establish a facial recognition system that would serve 12 partner agencies in Santa Clara County. This system would comb through the county’s thousands of pieces of digital surveillance footage, as well as a database with the county’s 1.8 million mug shots, to ID suspects.

The proposed software would “sharpen pixels in blurry images and reposition faces that aren’t looking directly into the camera,” create composites from multiple surveillance images. The software would also create 3D models of suspects’ faces to make them easier to match with mug shots, quickly producing a candidate list “regardless of factors such as hair color, glasses, hats, background, head tilt angle, and so on.”

San Jose told EFF that it did not receive the federal grant and is seeking alternative funding sources.

The following agencies communicated that they did not have responsive documents. This does not automatically mean they do not use mobile biometric technology, but that they could not locate disclosable records.

Note: While the Santa Barbara County Sheriff’s Department currently did not have responsive records, the agency added:

“Our agency is not yet up and running on mobile biometric devices. This is something which is on our Systems and Technologies Bureau’s lists of items to research for future implementation. Our officers do not have issued smartphones or tablets capable of this technology and currently it is not within our budget.”

The following agencies have not sent letters acknowledging they received the public records requests.

The following agencies are still processing the public records requests.

EFF and MuckRock will be following up on this report in the coming weeks. If you want to get involved, check out the project page below.

Dave Maass sent this request to the Brentwood Police Department of Brentwood, CA

Dave Maass sent this request to the Pasadena Police Department of Pasadena, CA

Dave Maass sent this request to the SANDAG/ARJIS of San Diego, CA