The FBI has released its file on Samuel Dickstein, who served as a Congressional Representative for New York, a New York Supreme Court Justice, and was among the founding members of the House Committee on Un-American Activities. The latter is of particular interest, as while he was in the position it has been alleged that he was simultaneously a Soviet agent for the NKVD.

Those allegations are not mentioned in the report, however. The eighty-two page collection of documents, spanning the years between 1930 and 1954, when Dickstein died, consists largely of type-written letters between Dickstein and J. Edgar Hoover, the FBI’s first director, with whom Dickstein played a twenty-four year long game of phone tag. 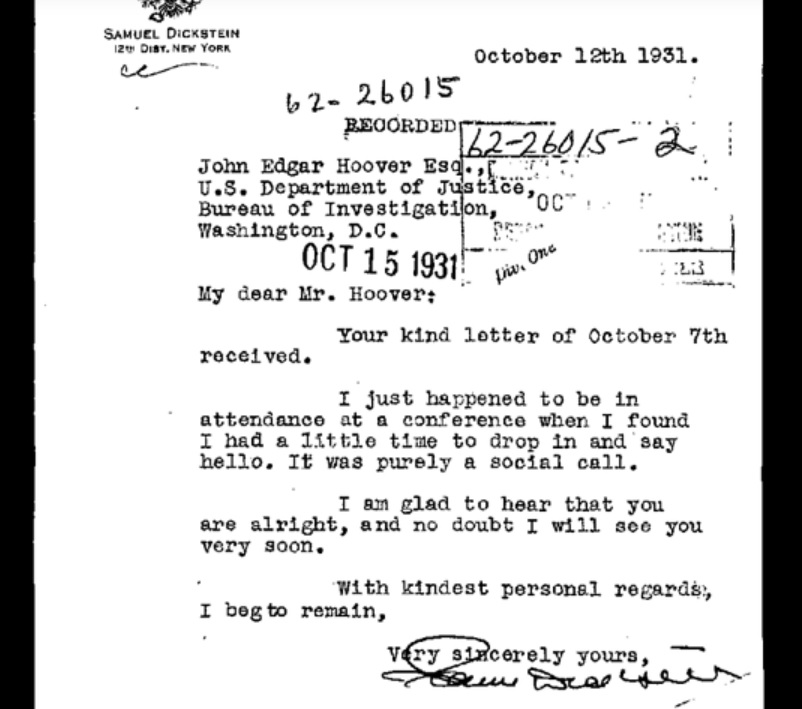 Over the years, Hoover and Dickstein exchanged several written high-fives, praising each others efforts. 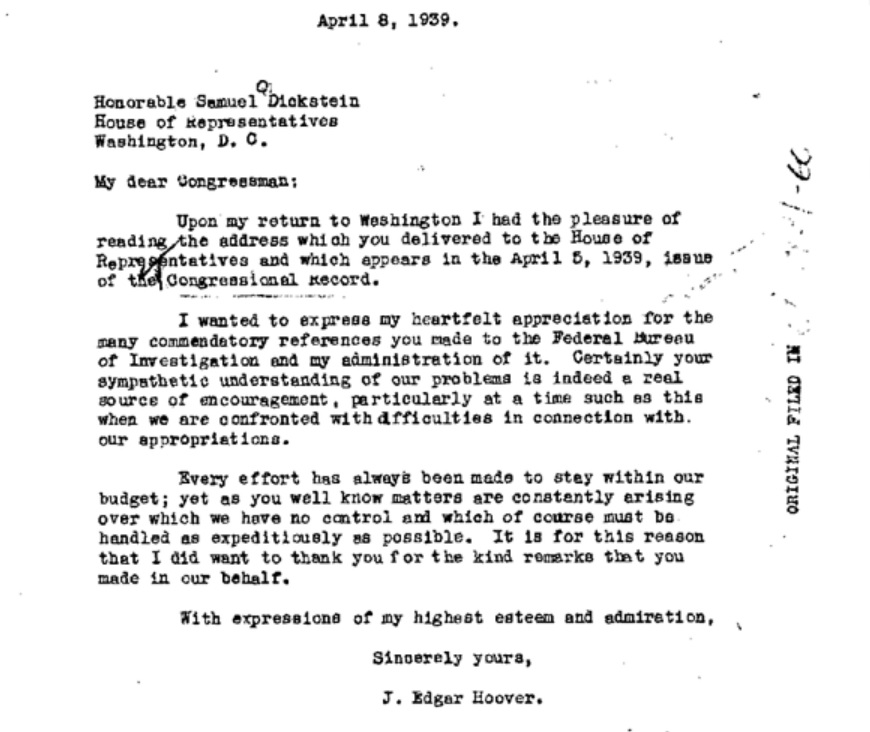 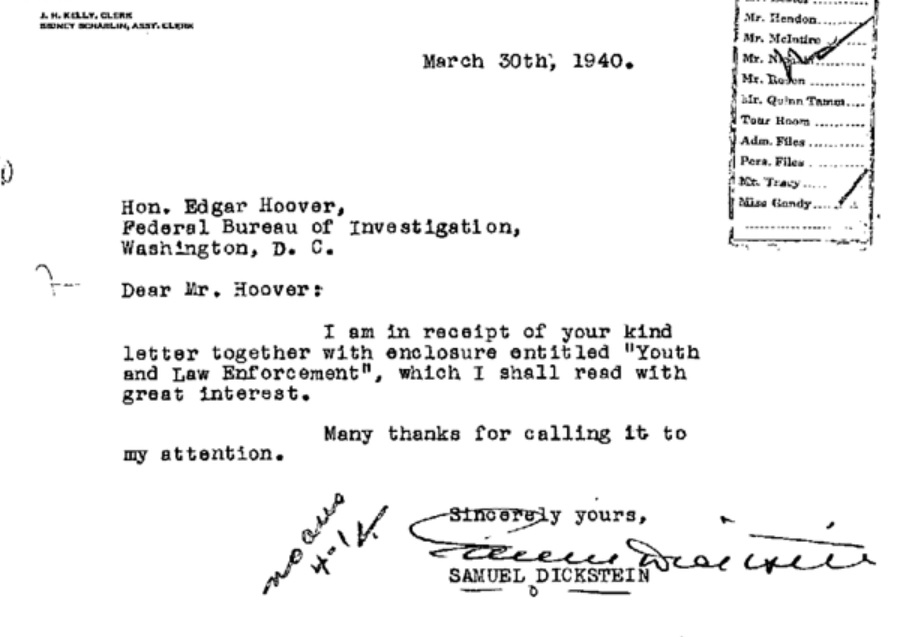 At one point, Dickstein even writes to Hoover to request an autographed photo … 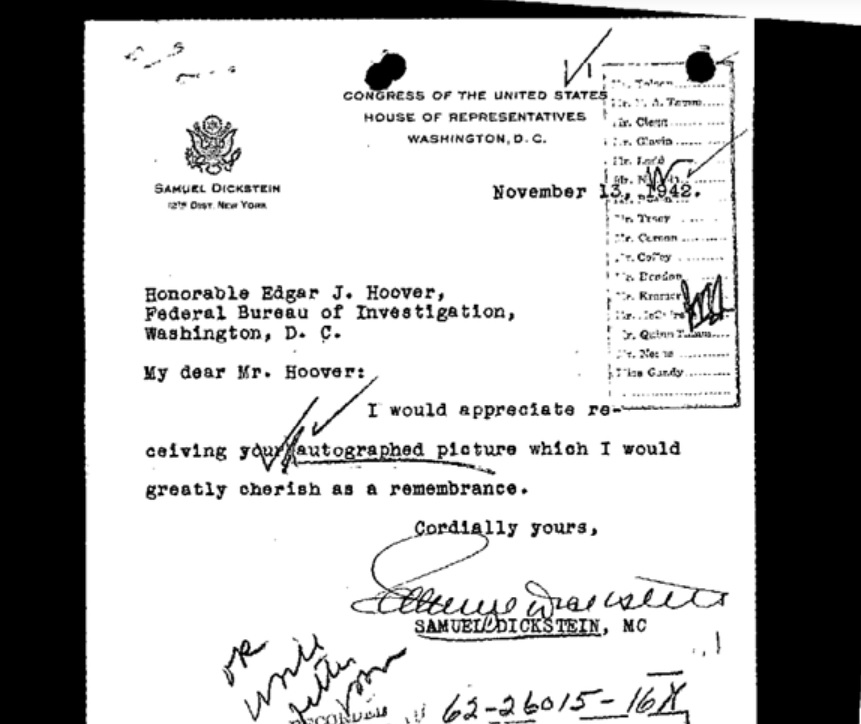 Which Hoover was more than happy to provide:

Amid the niceties, some of the charges brought against Dickstein are mentioned, including allegations that Dickstein profited from the illegal provisions of visas for Jewish refugees from Europe … 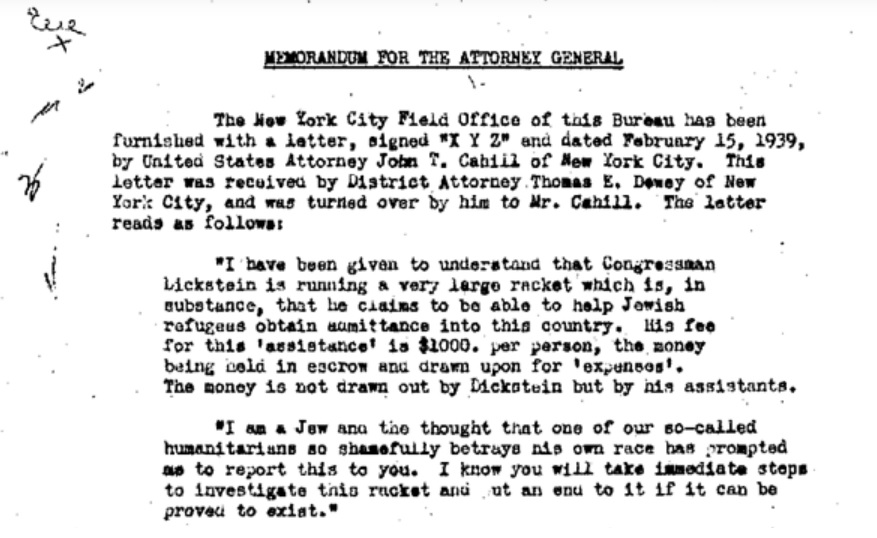 Though Hoover appeared disinclined to investigate his “dear Congressman.”

Considering Hoover’s willingness to open files on authors, artists, comedians, and even random people in the street who expressed less than unwavering support, there is a certain irony in Hoover missing the actual security leak inviting him out for lunch.

Though judging from his correspondence, perhaps the Director was simply too busy to notice. 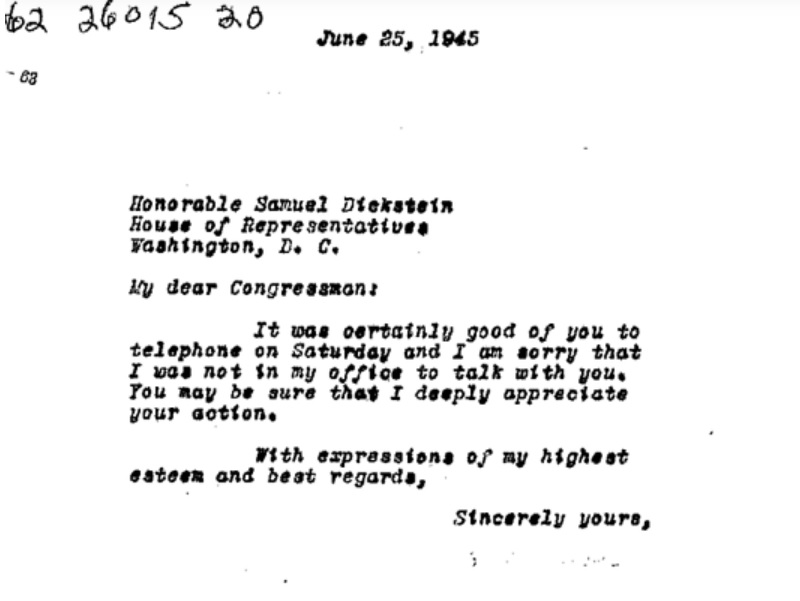 Read through the file yourself on the request page, or embedded below: