While in Quito, Ecuador during one stop on his Spring 1958 South American tour, Nixon was offered the chance to literally “kick off” a ceremonial soccer match. However, as the story goes, Nixon wasn’t really in the mood for kicking, so he decided to use his head instead. The only problem was he used the top of his head and not his forehead, gracing humanity with this photograph: 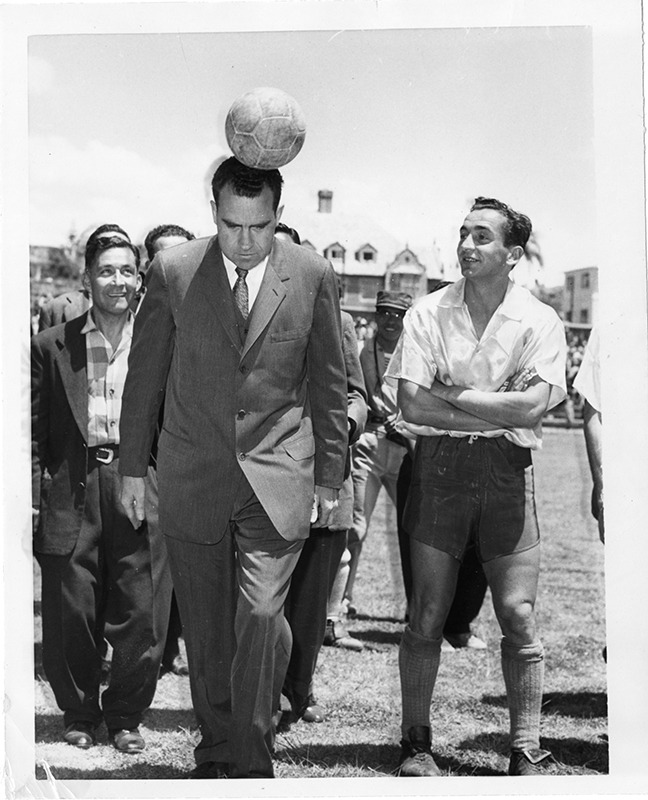 Soccer balls were heavier in 1958, and Nixon’s noggin (and pride) and were both slightly bruised, though Nixon’s time in Quito would be remembered as the best part of his trip. Although the Deputy Under Secretary of State Robert D. Murphy described that the trip was intended to “promote better understanding and good will between this country and our southern neighbor,” Murphy later testified before Congress that Nixon was not well-received.

The “indignities” included riots and protesters attacking the car Nixon was traveling in. In Peru, the New York Times reported on a “screaming, rock-hurling, communist-led mob”

This started behind-the-scenes discussion and inquiry into who was to blame. A SECRET bulletin from the Central Intelligence Agency blamed “Communist influence” in student groups for Nixon’s problems. 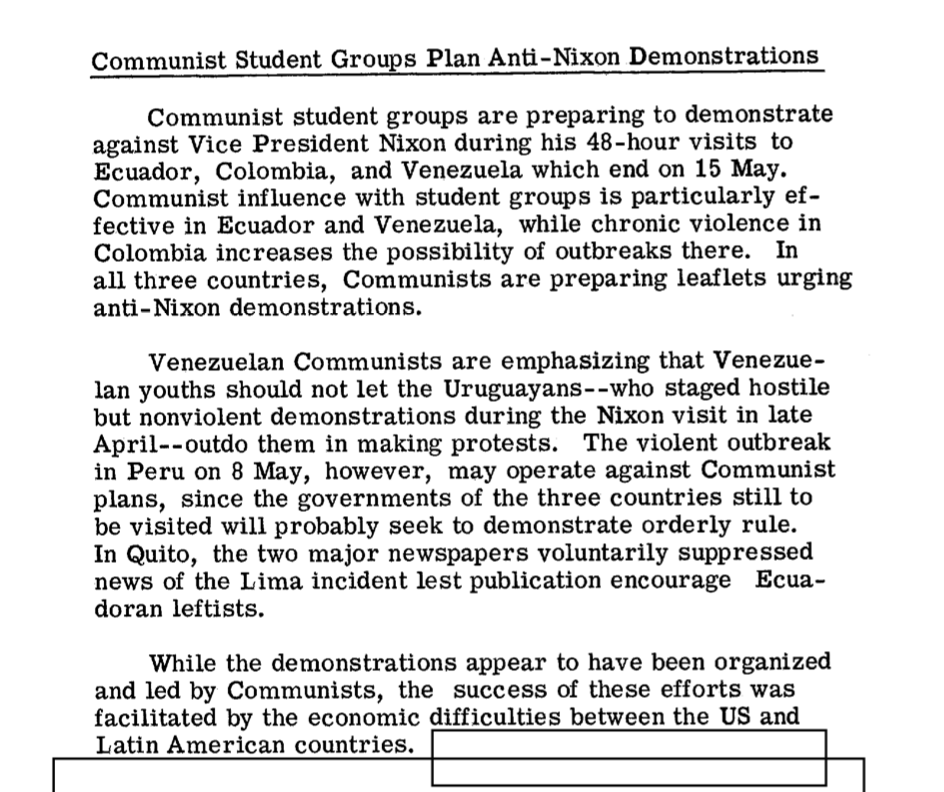 Congress, in turn, opened an inquiry into how the CIA handled Nixon’s visit, particularly how much the Agency knew about how dangerous the situation would be in Latin America:

Congress was not happy. Representative Michael A. Feighan brought up the possibility of bringing up charges of criminal negligence against the CIA. 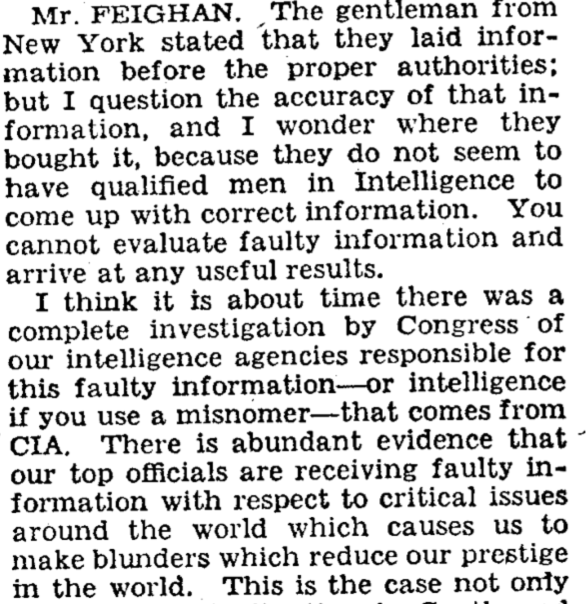 Other members of Congress called on the Agency to infiltrate Communist cells abroad, as the Federal Bureau of Investigation had so successfully done domestically. 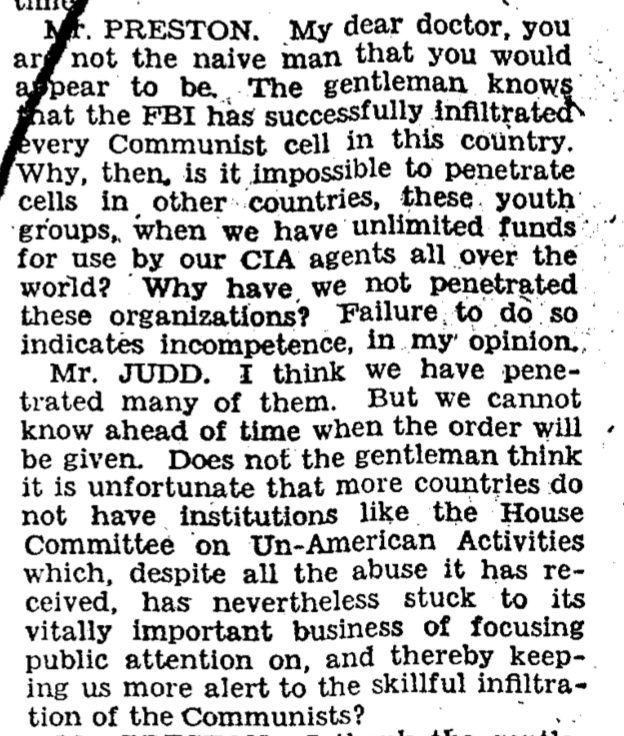 Nixon’s trip cast a shadow on further visits to Latin America by U.S. officials throughout the decade, with the CIA determined not to be caught unawares again. 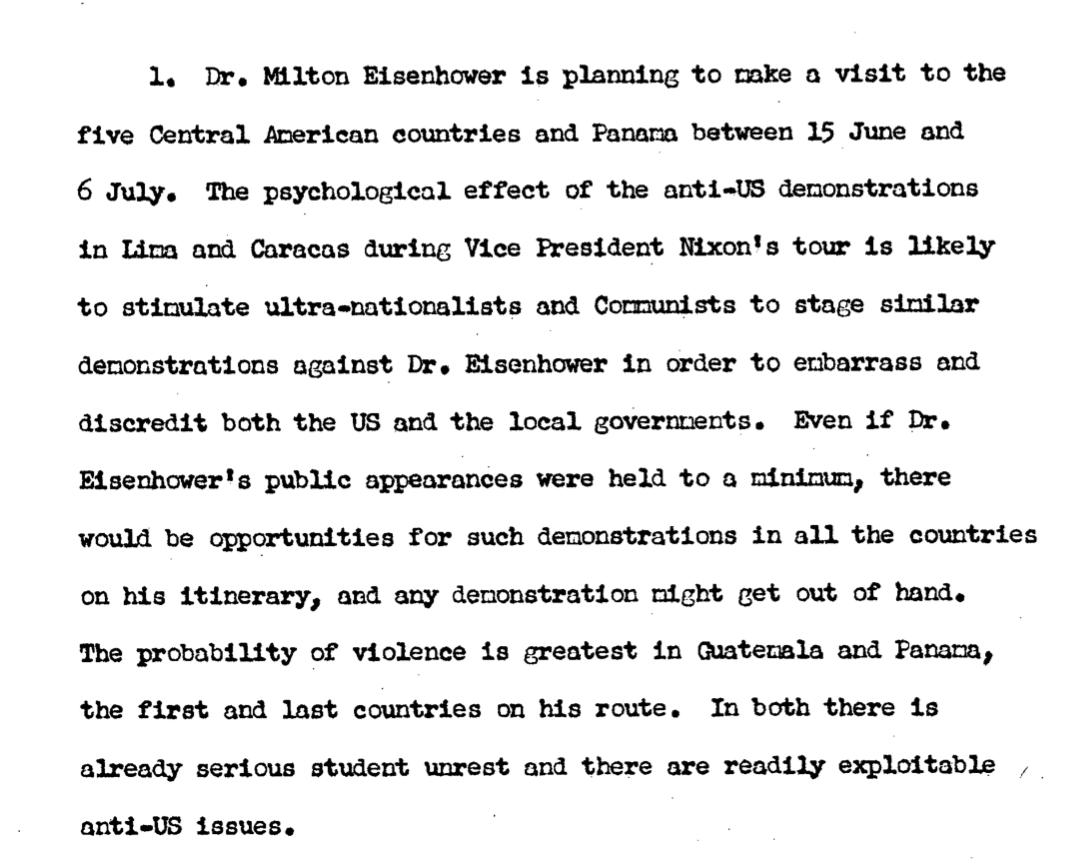 As for Nixon, he never quite got the hang of soccer … though his successor was a different story.

The bulletin is embedded below. Browse through other CIA records on Central and South America here.