“We know this will make us a lot of enemies …”

Those prophetic words, written by Daniel Duchaine in June of 1981, introduced an 18-page self-published pamphlet, titled The Underground Steroid Handbook. While anabolic steroids in American sports can trace their lineage back to 1958, when John Ziegler’s Dianabol first hit the market, accurate readily-accessible information lagged for decades. 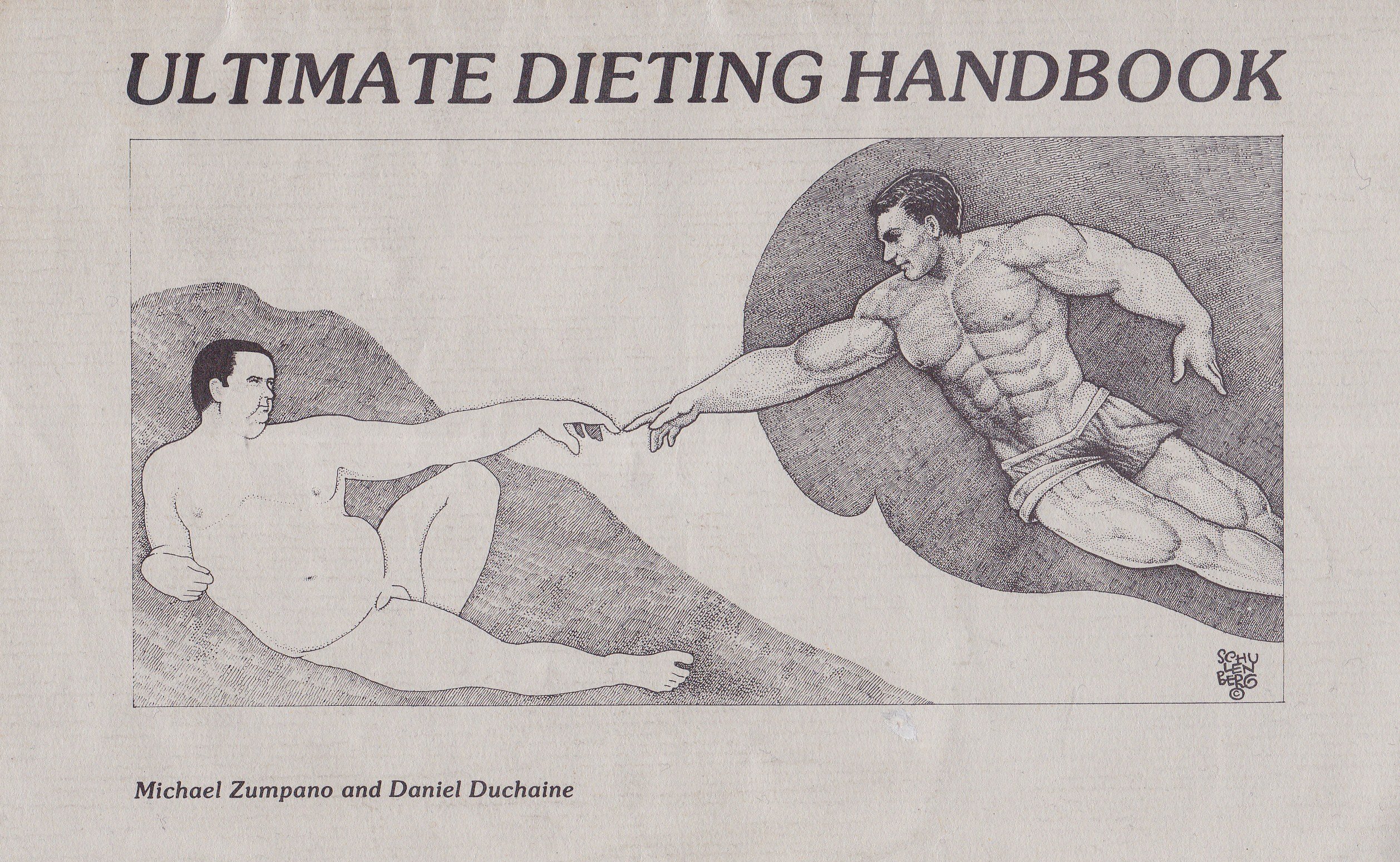 Duchaine is a controversial figure in the bodybuilding world, once described as a “cross between Andy Kaufman and Albert Einstein, with some Bart Simpson thrown in.” A recent release of Federal Bureau of Investigation records on Duchaine reveal him as not only an expert on masking the use of anabolic steroids in athletes, but also an expert at masking their trafficking from the FBI.

Duchaine’s enemy-making manifesto changed everything when it was advertised in the back of “Muscle Builder / Power Magazine.” For six dollars, payable to OEM Publications, the anonymously written pamphlet would reveal the doping secrets of Venice Beach’s Olympian bodybuilders to customers all over the world. Doctor Robert Voy, chief medical officer of the United States Olympic Committee, called it “a fabulous pharmacological text.” To this day it’s still cited as a reference in studies on sports doping

In terms of sales, it would have made any best seller’s list, even the New York Times. And why not? Duchaine was on the front page declaring himself the country’s foremost expert in steroid use.

Even Voy agreed that Duchaine was likely correct: ‘’He knows more than I do.’‘

This new supply of practical knowledge was thrust into a vacuum and created a near-instantaneous increase in demand for anabolic steroids, especially Dianabol. Within a few months, orders for the Underground Steroid Handbook were shipped along with a price list for anabolic steroids. Duchaine’s new mail order steroid business operated under the name JZFC - or “John Ziegler Fan Club.”

This continued mostly unencumbered until 1985, when United Parcel Service opened a package addressed to a member of the ersatz fan club, and finding that it contained anabolic steroids, forwarded the information to the Food and Drug Administration.

But despite opening the package and identifying the sender, UPS couldn’t determine how it was actually sent:

The Anabolic Steroid Control Act was still several years away from being passed, and the FDA still didn’t have their own Office of Criminal Investigations. And so, while responsibility for prosecuting the illegal sale of anabolic steroids would be handled by the Department of Justice, the investigation itself would be handled primarily by the FBI under the auspices of the FDA. 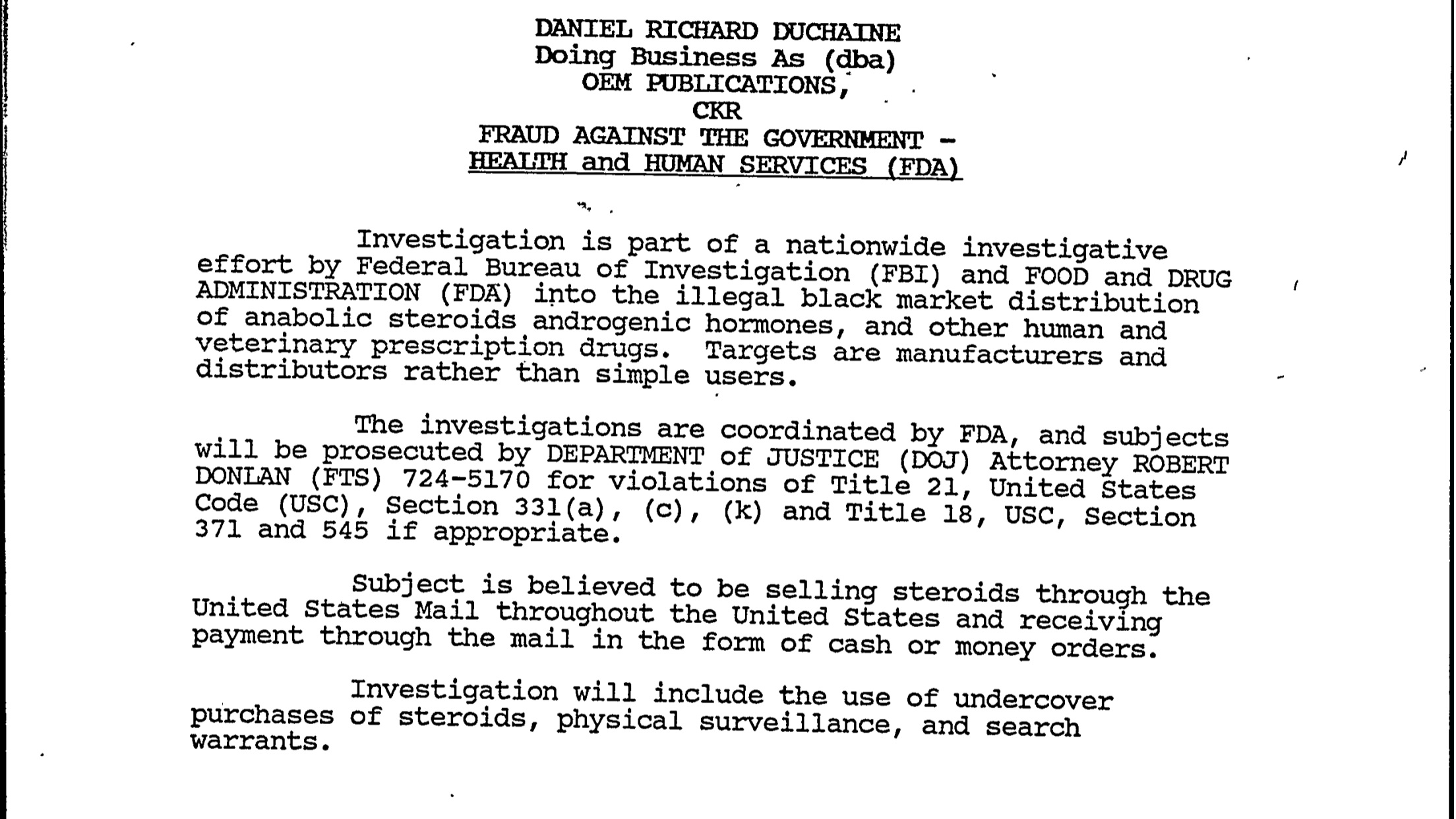 The FBI would soon discover that Duchaine’s skill for sports doping extended to countersurveillance. Locating him through the usual means of tracking the return address on his packages proved ineffective.

Attempts to conduct vehicular surveillance on Duchaine, using multiple FBI agents and vehicles, was an unmitigated disaster when it resulted in him tailing one of the surveillance vehicles.

Wiretaps on his phone (as well as phones of his associates) provided little evidence, as a result of Duchaine’s insistence on the value of being circumspect - as the FBI later read in an article called “Confessions of a Steroid Smuggler.” 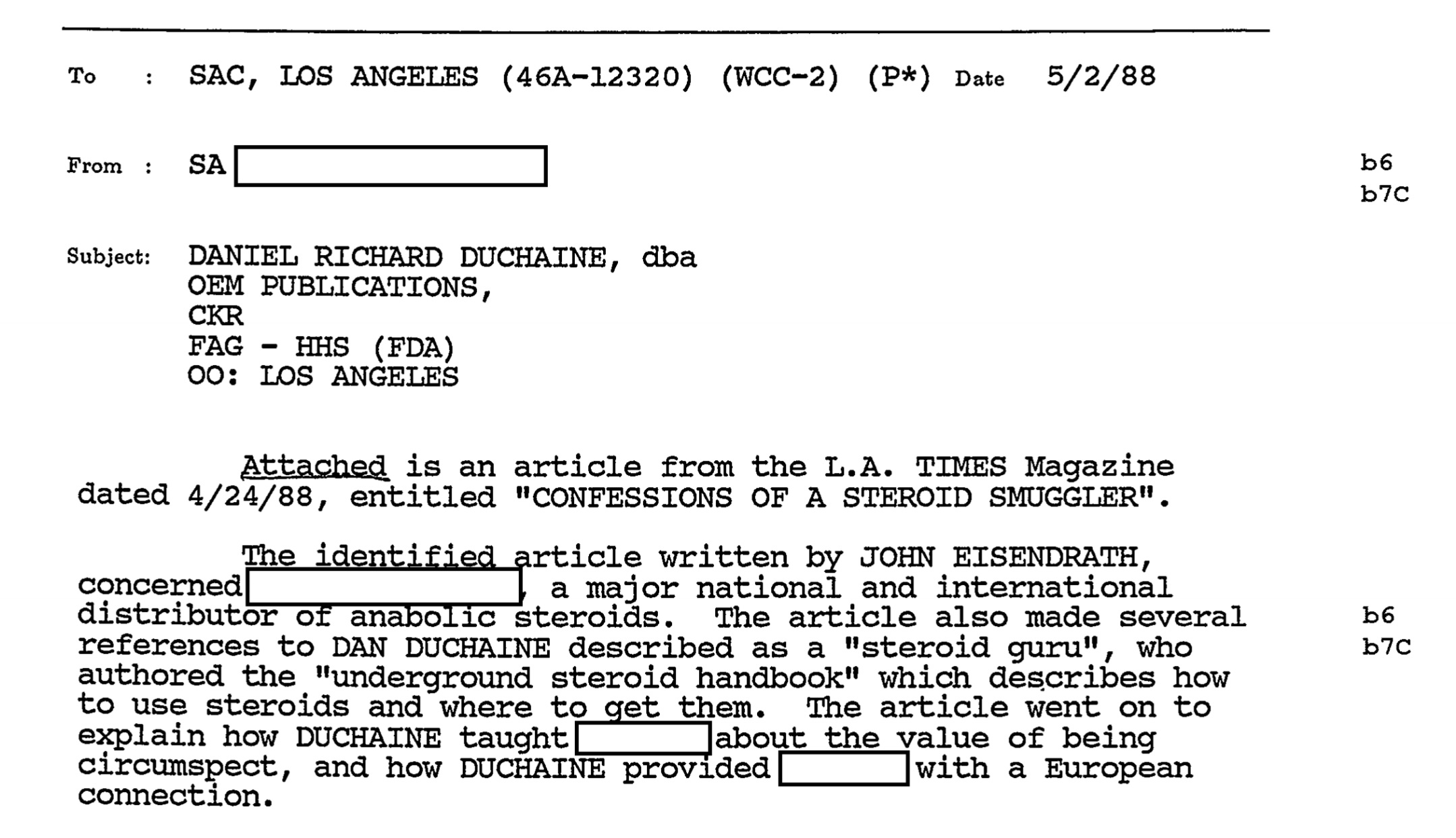 In the article, circumspect euphemistically refers not only to being generally cautious, but specifically to the tactics and strategies used to prevent law enforcement officials from gathering evidence him and his growing cadre of steroid-dealing associates. 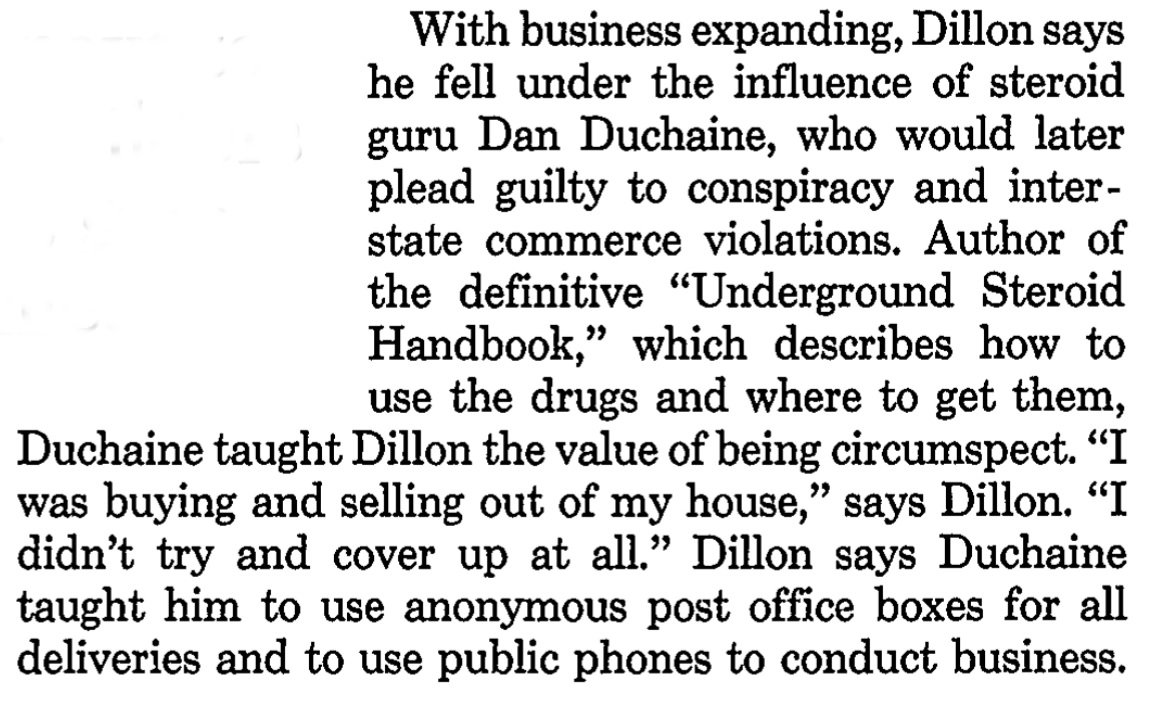 In May of 1986, Duchaine’s was indicted with 33 other defendants for trafficking anabolic steroids. But because anabolic steroids weren’t yet controlled substances, he was sentenced to just three years or prison time and five years of probation (he was eligible for parole in under a year). In 1989, when Ben Johnson was caught doping on a record-setting Olympic 100 meter sprint, his doctor confessed to knowledge of eight drugs used to enhance athletic performance and/or mask the presence of anabolic steroids. The New York Times noted that The Underground Steroid Handbook II, published a year earlier, had already profiled six of them, noting their clearance times and how athletes could use them undetected.

A decade after being indicted, he was still writing on topics that would cement his status in the underground and beyond. In 1996 he was writing about the ketogenic diet, 2016’s most Googled diet, and drugs he’d introduced to the bodybuilding world were still making headlines. In 2017, 17 years after he’d passed away from congenital polycistic kidney disease, he was still a controversial figure.

Read a portion of his FBI file embedded below, and the rest on the request page.