Warren Hinckle didn’t appear in the files of the Federal Bureau of Investigation until the early 1980s, but by that point, the arguably-Rubenesque rapscallion had already solidified a spot as a San Francisco leftist legend through his role as Ramparts editor-in-chief and as the man who set Hunter S. Thompson up with his iconic illustrator Ralph Steadman. 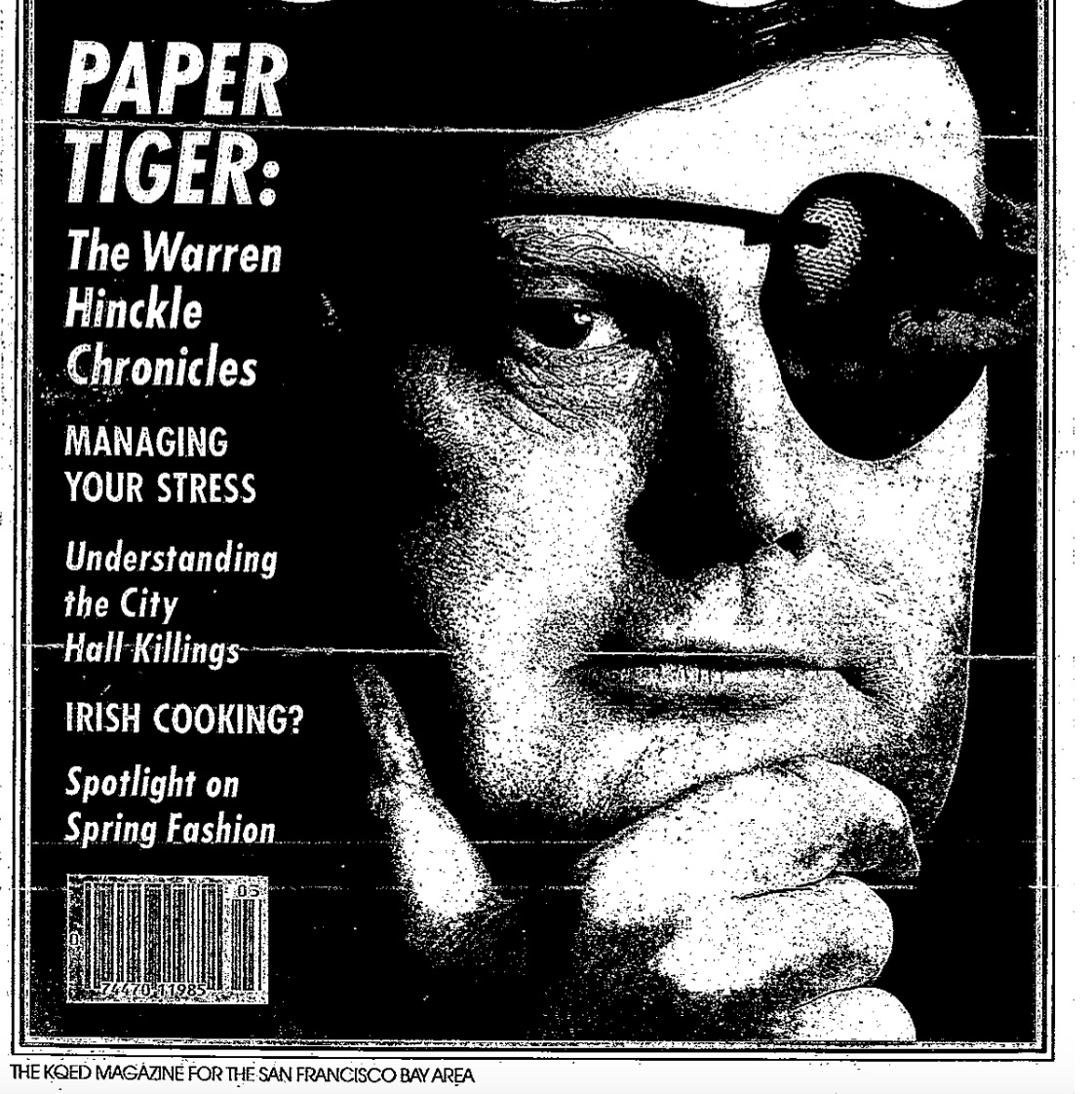 It was his support of the Irish Republican Army (IRA), however, that ultimately initiated the Bureau’s interest in him. In a file begun in August 1981, alongside that of Irish anarchist John McGuffin, the Feds tried to fuel a terrorist-like concern over the journalist’s subversive sympathies, sparked in part “Frisco,” the magazine that at-the-time had Hinckle at the helm, and this ad that appeared in the December 1981 edition: 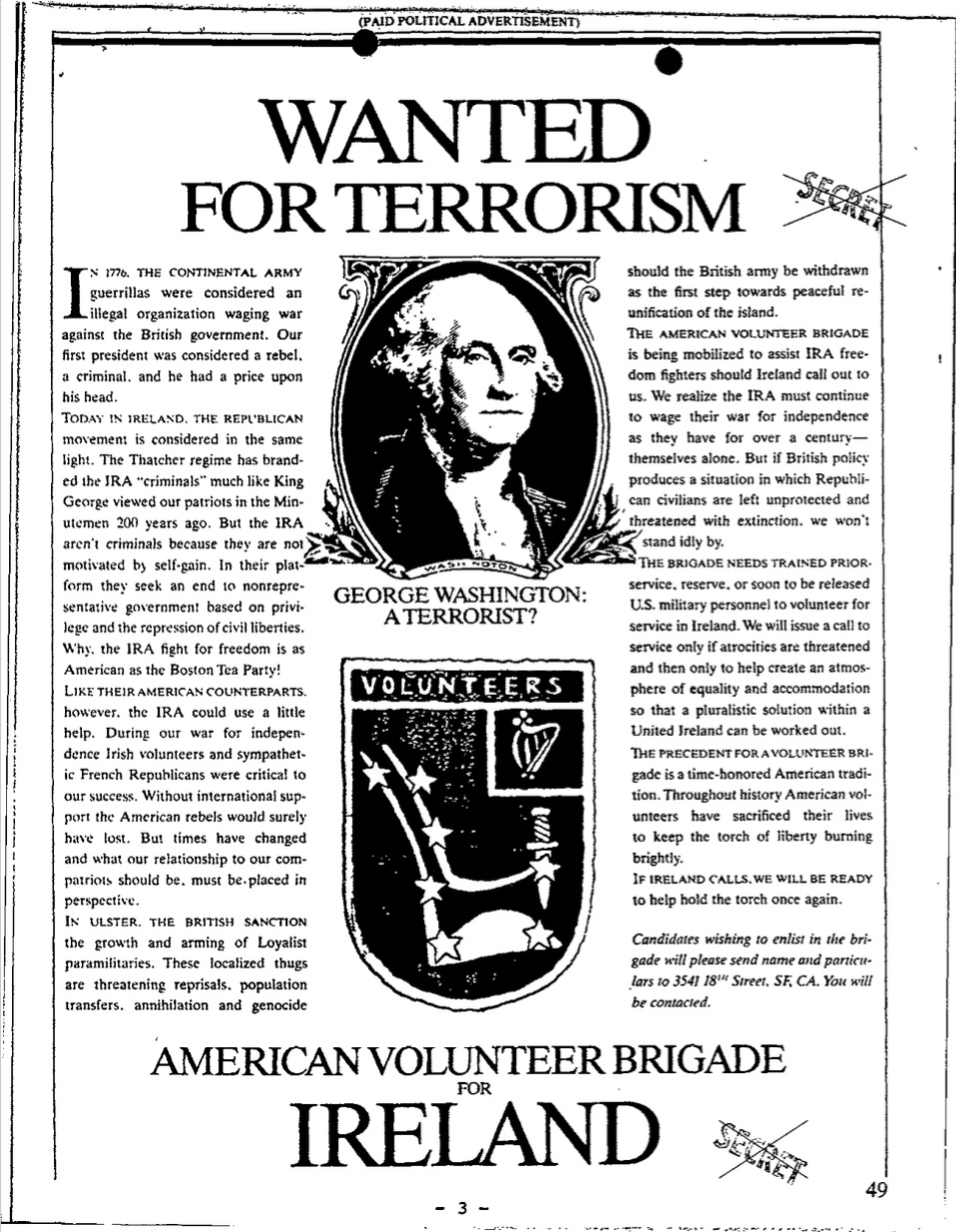 The paid spot likened the IRA to the patriots of the American Revolution and called for United States residents to step up and serve alongside the Irish, as the French did for the colonies in the 1770s.

In the same issue, Hinckle also suggests that President Reagan will attempt to slow any look at CIA by “bottling up the wicked FOIA” and compares the American Volunteer Brigade for Ireland (AVB) to the volunteers who traveled to Europe during the Spanish Civil War of the 1930s. 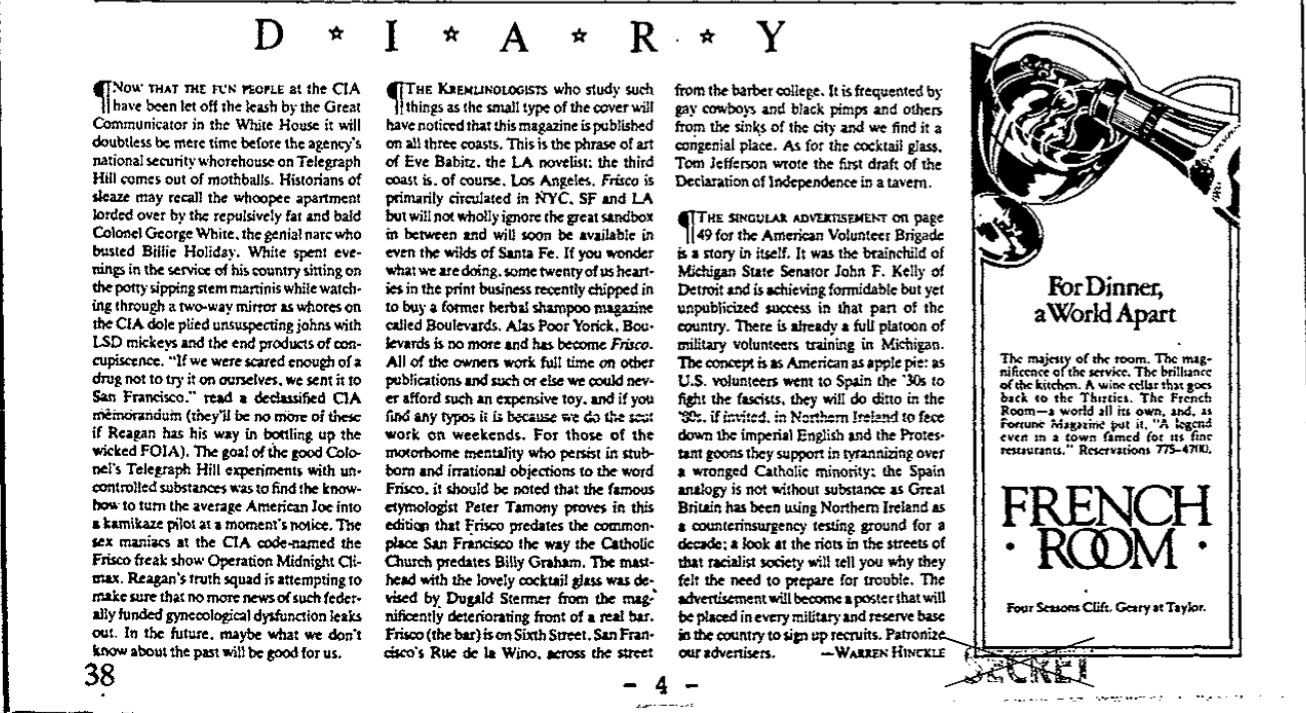 Hinckle also notes that it was Michigan State Senator John Kelly who was behind the AVB advertisement, and the FBI file includes another article announcing that an investigation was opened. 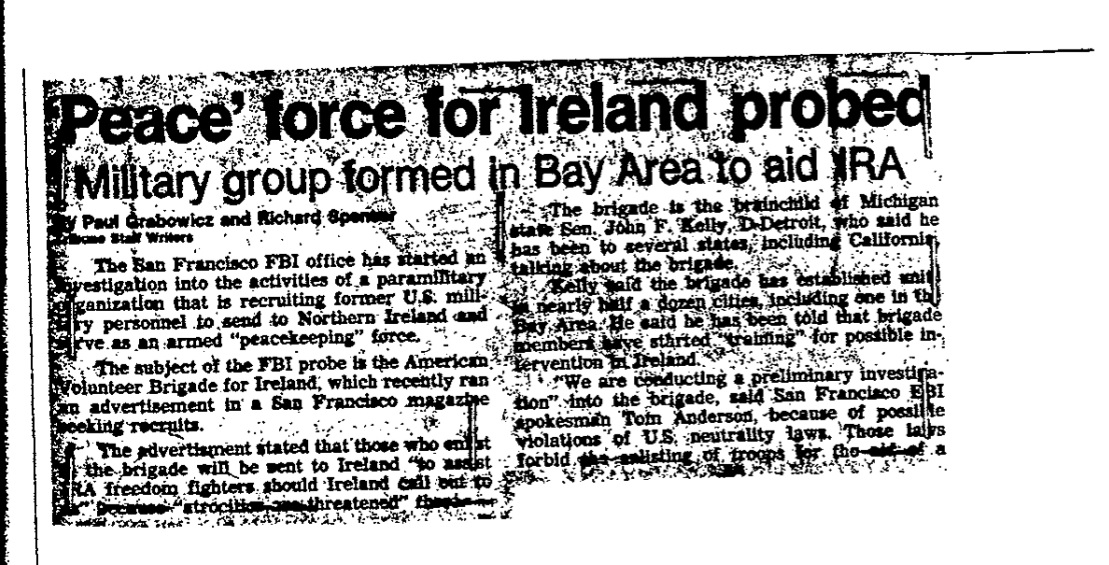 However, in conversations with the senator, he denied having any involvement with the ad outside of a conversation with Hinckle at some point.

And in the end, the Bureau realized that it was simply elevating Hinckle’s attempt to draw attention to the IRA.