A declassified CIA memo on the eve of the 1979 Iranian Revolution shows the Carter Administration scrambling for a basic grasp of the details mere months before the Shah was overthrown.

The memo, dated October 30, 1978, describes a meeting a few days prior between the Director of Central Intelligence, Stansfield Turner, and President Carter’s National Security Adviser, the recently-deceased Zbigniew Brzezinski.

Brzezinski, referred to by Turner as “Zbig,” wanted the CIA to provide some details regarding the opposition to the US-backed Shah of Iran - namely, who were they, and what do they want?

Depending on who you ask, the events of what would be known as the Iranian Revolution can be traced back as early as 1977, if not much earlier - so waiting until a series of riots and strikes crippled the country to see what the fuss is all about is what you’d charitably call “dropping the ball.”

Still, Brzezinski had a plan to get ahead of this thing - framing it not in terms of the Shah being bad and revolution being good, but in shades of grey.

The Agency, which admittedly had some skin in the game, was a bit cautious about this approach, noting that “liberal” members of Congress would balk at the idea of the Shah being presented as the lesser of two evils.

Despite their reservations the CIA completed its report a few days later, describing the opposition in less than glowing terms. 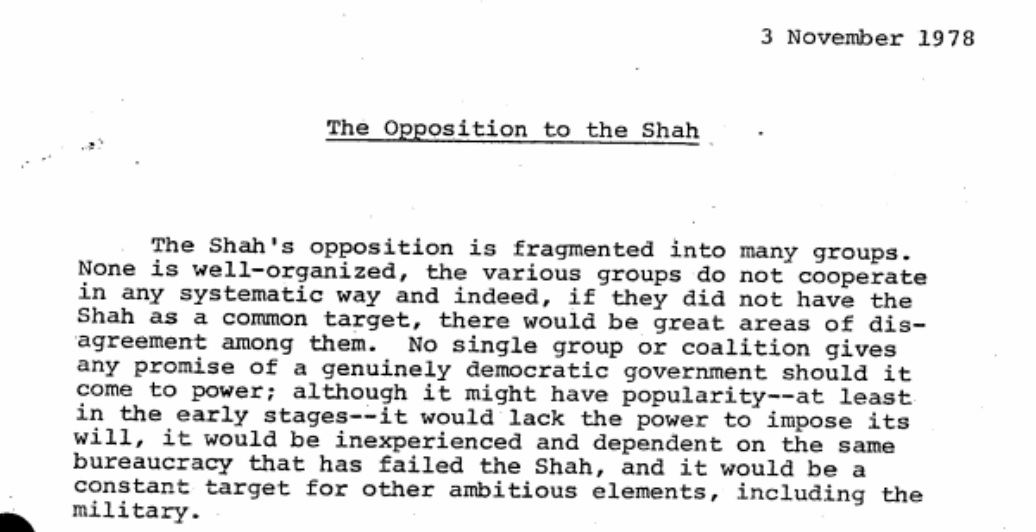 According the report, the opposition boiled down to two distinct groups - the loosely-organized Muslim clergy, led by the Ayatollah Khomeini … 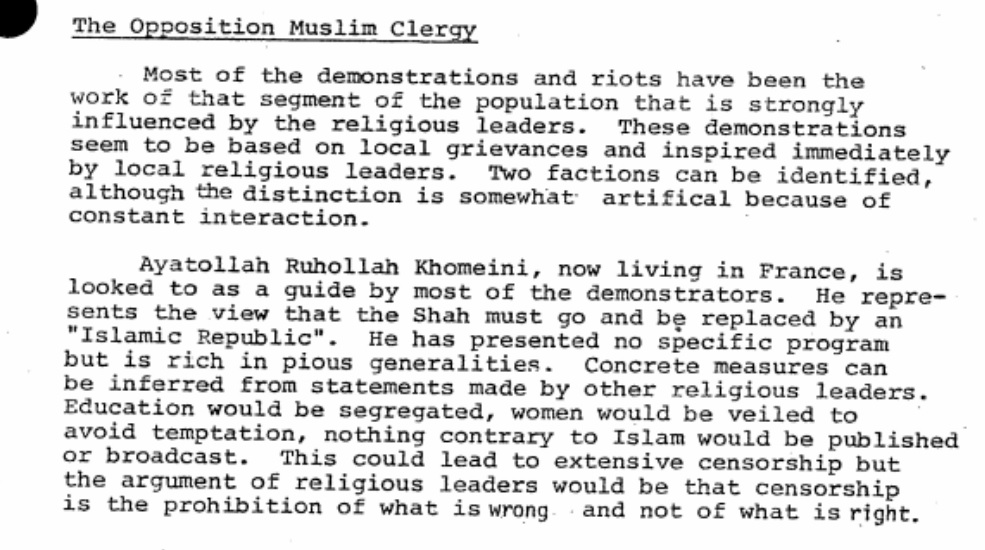 and the even-less organized National Front, led by nobody in particular.

Also included was this insight, which one could say was something of any understatement.

the “wait and see” response of American businesses in Iran … 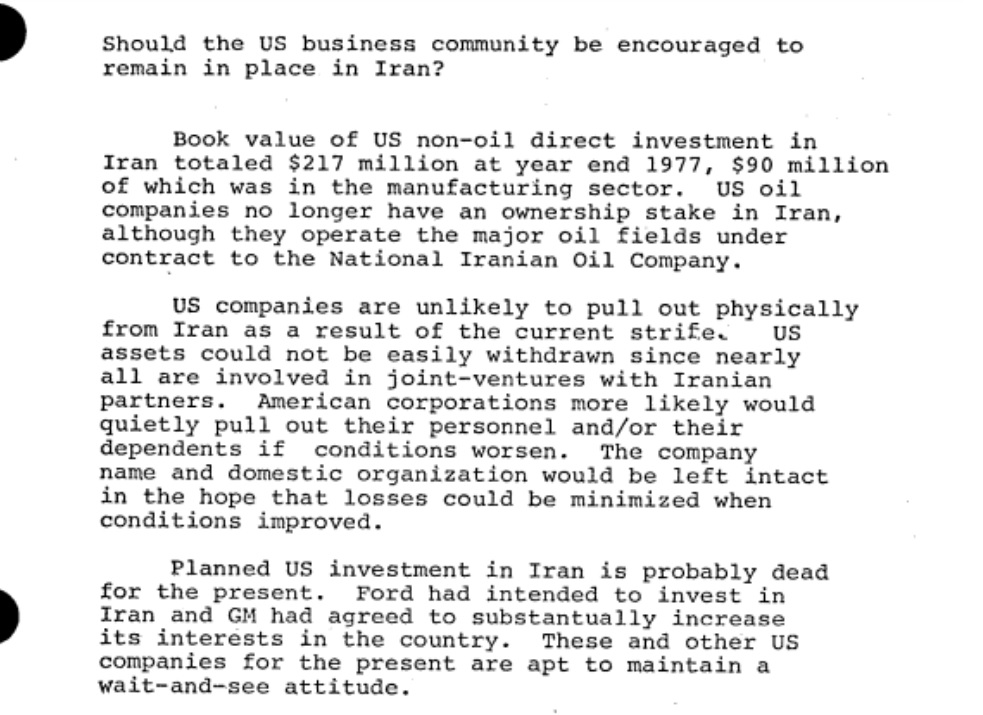 and the suggestion that a timely intervention by the World Bank or IMF might be exactly what the country needed to get it out of its current predicament. 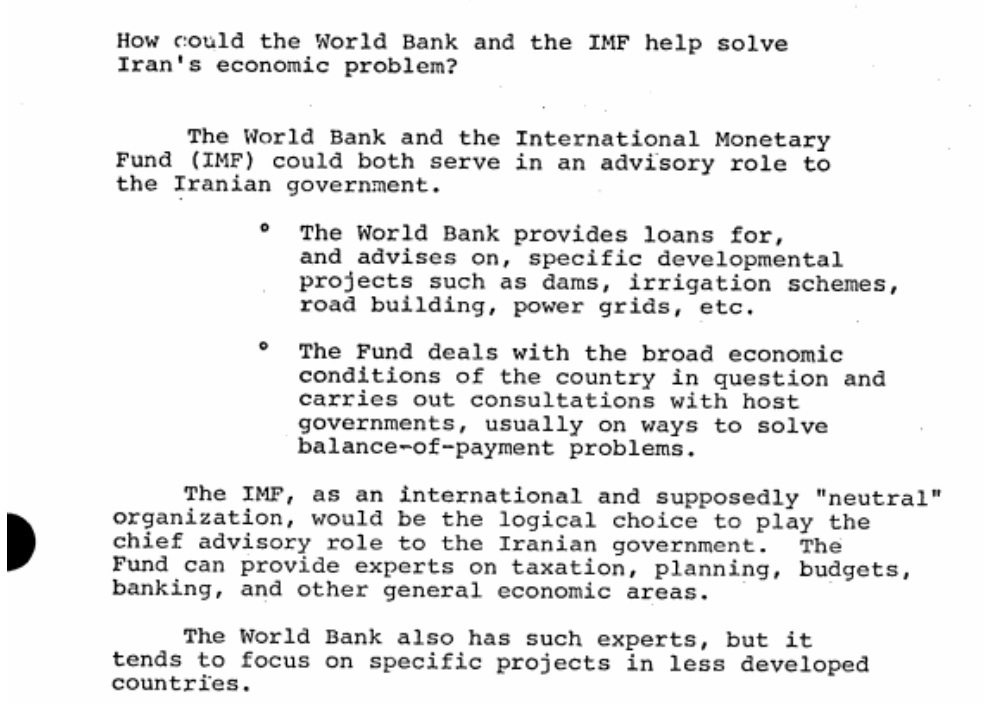 A few days after the memo, the Shah declared marital law. A month later, as much as ten percent of the country marched in opposition to the government. Within two, Ayatollah Khomeini had returned, the Shah had fled for Egypt, and Congress was calling for an inquiry as how this could have caught everybody surprise.

You can read the memos below.