“Some of my best friends are homosexual,” Broadway musical star Ethel Merman has famously said. “Everybody knew about J. Edgar Hoover, but he was the best chief the FBI ever had.”

Merman and Hoover had a friendship spanning from 1938 until Hoover death in 1972, and Merman’s off-the-cuff allegations regarding the Director’s sexuality have spurred many of the Director’s detractors to hang involved psychological analyses on. But personal insights aside, was there any investigatory benefit to being among the Bureau’s BFFs? According to the singer’s personal FBI file, released via FOIA by Stephen Johnson, to be rich in friends isn’t always enough to keep you in riches.

The only incident in the file took place during Hoover’s twilight period. It involved a theft from Ms. Merman’s residence at the Berkshire Hotel. At the time, the actress was appearing in the Broadway production of “Hello Dolly.”

The primary suspects became a pair of Canadians that walked out on their hotel bill the next day.

and others attested to their lavishly-lived, less-than-honest existences …

there was no evidence that they were the ones to lift Ms. Merman’s personal effects. 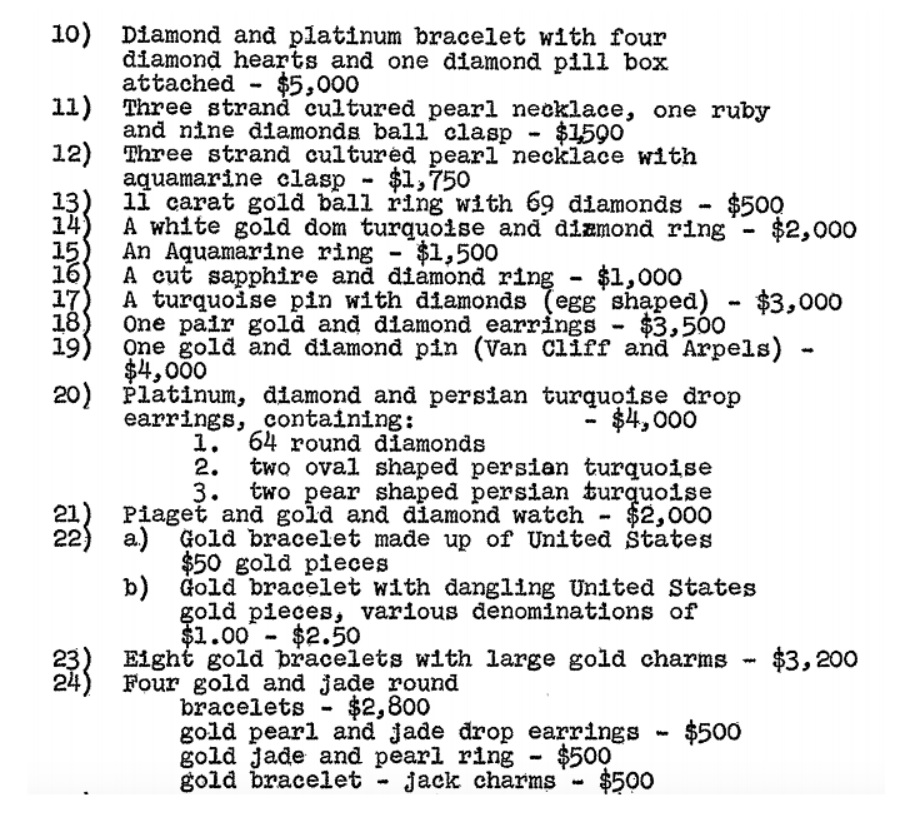 With no other leads and no other evidence, the case was closed, the jewels lost, and Hoover’s opportunity to put his investigatory enthusiasm to the test squandered.

Check out the whole file embedded below, on the request page