Just in time for holiday travel, recently released Transportation Security Administration complaints show that if you are worried about invasive security, at least you’re not alone.

In 2010, the TSA revamped and consolidated its security procedures, making it more likely travelers would go through the more intensive pat down if they opted out of the full-body scan or otherwise tripped one of the agency’s secretive criteria for further scrutiny. Newly released complaints from that year show passengers were not pleased, with a particular focused on disabled individuals who found themselves unable to take advantage of less invasive screening.

“Pat-downs are also given to passengers who opt out of screening by AIT or walk-through metal detectors,” wrote Bob Burns, of the TSA’s blog team, at the time. “There’s nothing punitive about it - it just makes good security sense. And the weapons and other dangerous and prohibited items we’ve found during pat downs speak to this.”

But after the program was implemented, the TSA’s Office of Civil Rights alone received four hundred pages of complaints about the practice over the course of less than a month - and that was before the Christmas holidays were even in full swing.

Of particular concern was the impact that the screenings had on disabled travelers who required the use of prosthetics or wheelchairs that often left little ability to avoid getting a pat down. 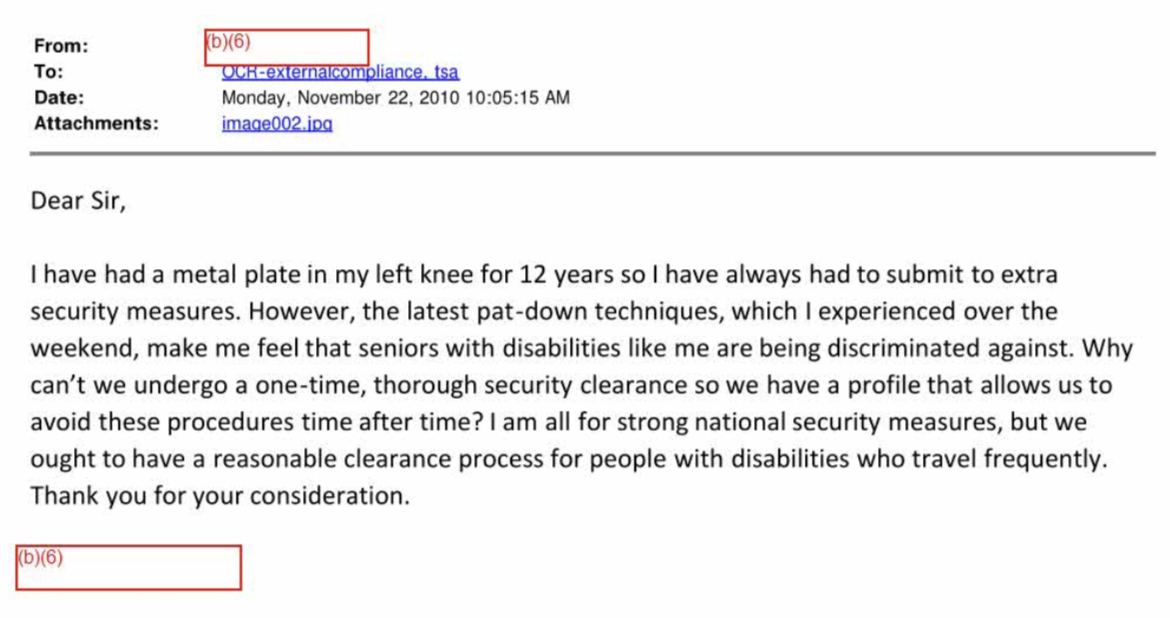 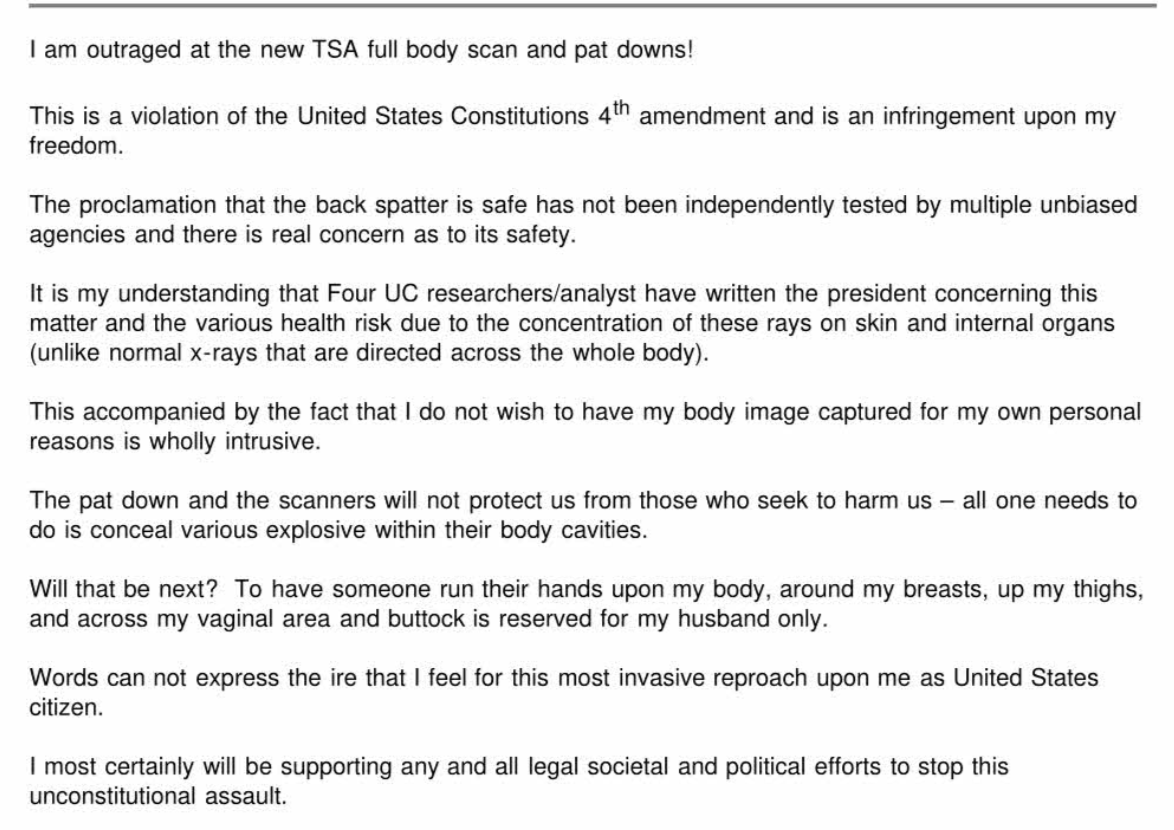 Numerous complaints also targeted what was seen as the lack of necessary research into potential long-term effects of the new scanning technology. 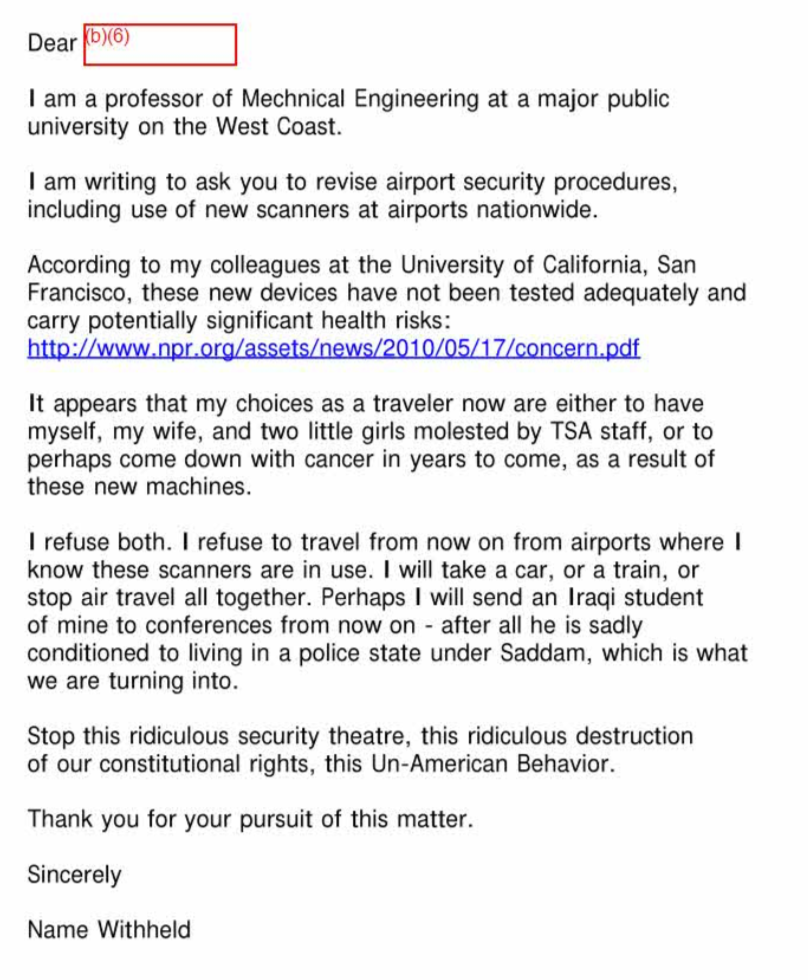 And while some of the customer complaints about the scanners can appear hyperbolic, their concerns were at least partially borne out: In 2013, TSA phased out the use of backscatter X-ray machines, which many experts had suggested did pose a small risk of adverse effects, although TSA did not say that the removal of the devices was done for health reasons.

Finally, some complainants called upon TSA and policy makers to think of their patriotic duty when considering the enhanced security procedures, either by considering the disproportionate impact on wounded veterans the current procedures had or remembering travelers’ constitutional rights - even from people who specifically mentioned that they were very concerned about security or had previously gone along with the changes.

Are complaints increasing? Decreasing? How representative was this set? Hard to tell - I have another open request for the TSA’s complaint database from 2014 that is still being worked on.

In the meantime, happy travels! Read the full list of complaints below or on the request page.

Complaints about Full-Body Scans to TSA