The United States is a country that, one way or another, seems to be going to pot. Over half of states have already passed measures to legalize the weed’s recreational or medicinal use; still more are considering them. Whether cancer, Crohn’s, or Colorado, the American people’s preferred way to cope is increasingly something of the marijuana variety, the sort of climate that calls into question the seemingly self-contradictory federal policy of “cannabis eradication.”

For decades, the Drug Enforcement Administration has attempted to eliminate illegal outdoor fields across the United States, partnering with and providing some money to local law enforcement.

The Utah operation drew the attention of MuckRock and the cross-country peanut gallery when they suggested that local lagomorphs had suffered something like paralyzing stupidity as a result of their exposure to the plants. Of course, a request for any supporting science turned up empty.

Another related request for any science the DEA had on any of the effects of marijuana on flora and fauna is still awaiting fulfillment. 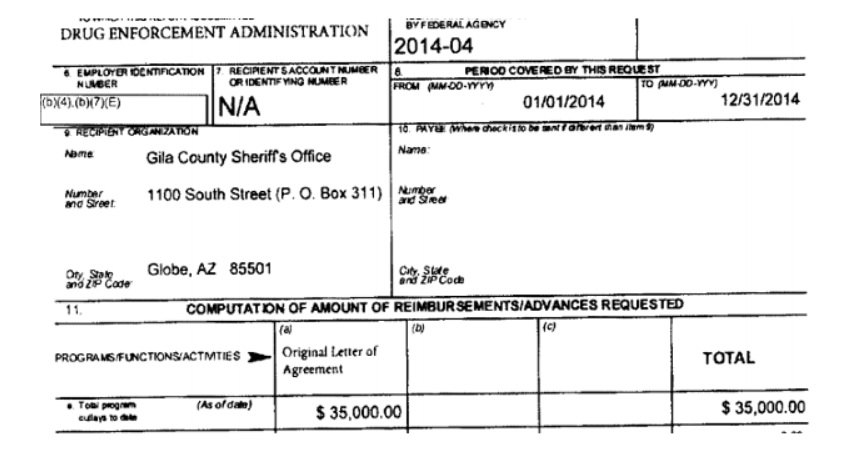 Lakeport, California, for example, is currently considering a $172,000 contract with the DEA, which would be something like a tenth of their total police budget.

In Utah, which was recently considering two marijuana bills, the eradication budget was slashed - in this case by nearly half between 2014 and 2015. In 2014, there were no reported new seizures, and in 2015, there were reportedly two arrests and 56 processed plants - the result of a combined $223,000 dollars in funding.

With operations in most states, we’re curious: where is that weed going once they’ve confiscated it?

Well, to the collective groan of stoners everywhere, the seizure reports from the Utah suggest the answer is, mostly, “landfills.”

Utah was among states affected by the Hinchey-Rohrabacher marijuana amendment to the Commerce, Justice, Science, and Related Agencies Appropriations Act, 2016, which went into effect in the months after the DEA gave their bit about the bunnies. But even as acceptance spreads, we’ve just begun to tackle the effects of marijuana as a legitimate cash crop, and it remains to be seen whether eradication will flare up or burn out.

Read the full eradication reports embedded below, or on the request page.

Wanna learn more about cannabis eradication efforts in your area? Let us know at info@muckrock.com.

Image via Florida Department of Agriculture and Consumer Services