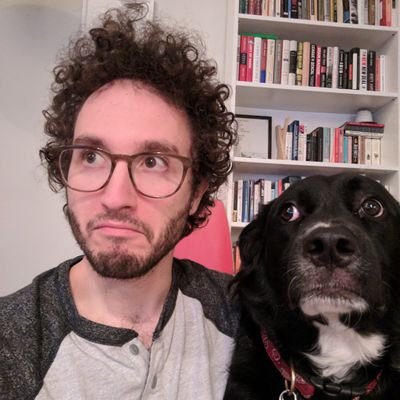 Steven Rich is the database editor for the investigations team at The Washington Post, and his team recently helped to release a huge Drug Enforcement Administration database tracking pain pill transfers in the United States. The Washington Post and HD Media gained access to the database and court documents as part of a class action lawsuit that cities, towns, and counties are pursuing against companies that distribute pain pills. Rich spoke to MuckRock about preparing for the release of the database, finding FOIA leads, and how to use public records to report on private companies.

The Washington Post initially filed a FOIA request for the DEA database in 2016. How did you learn that database even existed? And did you appeal when that request was rejected?

So the person who originally filed it is my current editor David Fallis. We had been knee-deep in wanting to report on the DEA in relation to the opioid epidemic, and in searching across their site we found summary files of this data that weren’t quite as granular as we wanted. So we filed the FOIA. They basically pointed us to that site. And that was that. We didn’t end up appealing that request. We ended up appealing and suing for several other requests in the batch that we filed at the time, but this one - we sort of realized that we weren’t going to get it.

And so then the database becomes involved in this massive lawsuit. How did you learn that it was being used in the lawsuit, and what did the request for the database looked like?

So this lawsuit is the largest civil action in U.S. history. And we’ve been following it because it’s been in our line of coverage on opioids, which we started in 2016 and haven’t stopped yet. But we realized that the counties suing the pharmaceutical companies were getting cuts of the data from the DEA database for the lawsuit. And so we decided to file open records requests with some of these counties that were getting the data, as a way of getting it that wasn’t through federal FOIA.

So you were requesting data from the individual counties?

And those were also rejected?

Yes. The DEA stepped in and was like, “No, they can’t have these documents.” And then we ended up intervening in the case to get them that way.

How did you prepare for the release of this massive amount of records?

So the DEA actually has some nice guides on their website that talk about the data and how it’s formatted, and what we’d be looking for, and so we were able to familiarize ourselves with the data inside and out before we even got it. I mean we’ve kind of been preparing to get that data for three years. And then I worked with two other data reporters here, Aaron Williams and Andrew Tran, to come up with a process ahead of time that involved splitting the massive file into million record chunks, converting those chunks into Parquet files, and then using those files for analysis, because it’s significantly faster than the CSV. And so we really just perfected it. And we knew how to do the top line stuff because we knew the data so well at that point.

One thing that struck me about this investigation is that you were able to use public records, not only to report on the DEA, but also to do significant reporting on these pharmaceutical companies. How can requesters use public records to gain information about private entities?

How do you find out what records the government is maintaining, and what are the barriers to getting them?

Sometimes we file wishful FOIAs, where it’s a thing that makes sense for the government to keep, but we are not necessarily sure if there is a statute that would allow them to maintain something like that. So when all else fails, ask. And the worst case scenario I see in those situations is I lost five minutes writing the FOIA.

I find a lot of stuff in footnotes of audits. Audits are a really good place of surfacing deeper documents that aren’t made publicly available by default but have been very useful for the government in auditing itself or private business. I take a lot of cues from what government investigators are already looking at.

What is your approach to these “wishful FOIAs”?

I mostly file things on what I’m currently working on or what I want to be working on. But occasionally I read a story that’s like, “I wonder if there’s data here,” and I’ll just throw a FOIA out there that I’ll forget about until somebody responds. But if I get it back I might hand it off to the original reporters who may find it useful for a follow-up story.

What are the biggest barriers you face in FOIA reporting, especially when you’re looking for documents related to either publicly traded or private companies?

I think there are two things. One of them is the confidentiality that businesses get. We just got that really terrible Supreme Court ruling, which is going to make this even worse. But the flipside of this is what I call the “embarrassment exemption.” It’s like somebody in the FOIA office looks at something and they’re like, “This is embarrassing for us.” And then they find some reason to withhold it. And, honestly, most of us don’t have time to fight for years on end on every single FOIA. I think the government understands that, and so the way that they keep a lot of the stuff from us is finding reasons to not give it to you. And the best thing to do there is just to appeal all those and force them to really reckon with what they did.

Do you have any advice for reporters trying to incorporate FOIA and public records into their reporting?

If you’re filing FOIA, the best method is to be persistent but kind. I found that if you are nicer to people, but you’re also calling them all the time, they’re more likely to get you something than if every time you pick up the phone with them you yell at them.

Another best piece of advice I have is: any time they want to charge you, ask for a detailed summary of what they’d be charging you for,. A lot of times when they’re like, “This will cost us three thousand dollars,” and you say, “I’d like an itemized list,” the thing that you get back is significantly lower, because they couldn’t figure out how to itemize three thousand dollars.

A big part of the DEA database release is the hope that local reporters and people in local newsrooms are going to use it to inform their own opioid reporting. Do you have advice for folks who are hoping to dive into that database and report on the places they’re from?

I mean the data in and of itself is quite interesting. We want people to tell the stories of their communities. And, honestly, the best stories are going to be told by the people who live in these communities. I think good reporting informs good data analysis and vice versa. I want to see people do both.

I think that the Washington Post and other major outlets - when stuff like this happens, I see it as our duty to do what we did here, which was to make this data available in smaller chunks for others because we have the capability to do so, and we have the resources to do so. And I think it’s a no-brainer, when you can finally push to make something public, to actually make it public, and really let others tell their own stories through it, because goodness knows I’m not the best vehicle for every story on this planet. And I really do hope that people will use it to its fullest and tell the stories that need to be told.