Another version of this article appears on LittleSis.org

In August, MuckRock partnered with the Electronic Frontier Foundation to crowdsource hundreds of freedom of information requests to police agencies across the nation, in an effort to map police use of mobile biometric technology. Last month, MuckRock published its first report detailing the records it obtained from eight California police agencies and one regional government association. The documents reveal that most of the organizations are using digital fingerprinting devices, and many are also using iris, palm, and/or facial recognition technology, or plan to use them.

The Public Accountability Initiative sought to add context to MuckRock’s findings by investigating the companies that supplied the eight police department and one government association with biometric technology. Overall, we found that all of the biometric contractors mentioned in the documents obtained by MuckRock have ties to firms in the defense and security industries that are deeply embedded in the national security apparatus.

view this map on LittleSis

PAI even learned that a defense firm whose main shareholder is the French government, currently at war with ISIS, has a $10 million contract with the Orange County Sheriff’s Department for iris identification, face recognition, and digital fingerprinting technology.

Both the defense and biometric security industries are expected to grow in coming years: The Global Artillery and Systems Market estimates that the global artilleries and systems industry will grow from US$3.6 billion in 2015 to US$5.2 billion by 2025, and the market research firm TechSci predicts that the world’s biometric market revenues will reach $20 billion by 2018, up from roughly $15 billion now.

Jeramie Scott, counsel at the Electronic Privacy Information Center, estimates that Americans have a year or two left to challenge invasive biometric technology before its use becomes too widespread in government and law enforcement to reverse. “We’re sort of at the point where we’re right at the cusp of this very big issue, and stopping it later will be very hard to do,” he said.

Below is a list of companies mentioned in the documents obtained by MuckRock with their ties to the defense industry analyzed. 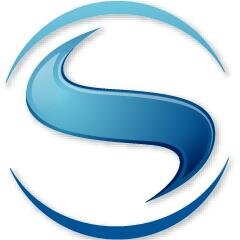 MorphoTrak currently has a $10 million contract with the Orange County Sheriff’s Department to build a system capable of iris identification, facial recognition, and mobile fingerprinting.

On MorphoTrak’s Board of Directors sits Robert Diegelman, who was a senior executive at the Department of Justice for 20 years, and defense industry consultant John J Young Jr., who also commanded the Mine Resistant Ambush Protected (MRAP) Vehicle Program under Defense Secretary Robert gates during the Iraq War. MorphoTrak is also influential in the biometrics industry: Janice Kephart, a director there at MorphoTrak, is the founder of the trade group Security Identity Biometric Association.

MorphoTrak is owned by Safran USA, a large French aerospace corporation that sells wiring solutions for combat aircraft built by Lockheed Martin and Boeing, and has contracts with Raytheon, Northrop Grumman, and L-3 Communications. The French government also owns an 18.03% stake in the company. To underscore how tied up this company working in Orange County is to global affairs, consider that a board member representing the French government at Safran is also a board member at Nexter Systems, a French defense firm that just merged with a German one to create the biggest producers of arms systems in Europe.

Safran formed MorphoTrak after it bought a majority stake in an American company called L-1 Identity Solutions in 2011. L-1’s board members had included George Tenet, CIA director under George W. Bush, and Lockheed Martin’s James Loy, who also served as a deputy in DHS and is currently a director at Lockheed Martin. 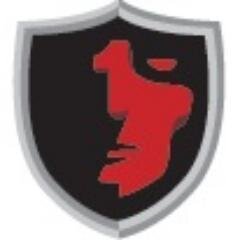 There are 26 local, state and federal agencies in the San Diego County region that are participating in a mobile facial recognition project. The biometrics system for the project was provided by Airborne Biometrics Inc, including the San Diego Police Department. The company is a subsidiary of Airborne Technologies, an exclusive manufacturer of unmanned aircraft systems for Lockheed Martin.

Lockheed Martin’s ties to the government are many, most notably FBI Chief James Comey, who served as a Vice President of the company until 2010. The FBI also contracted Lockheed Martin and MorphoTrak to work on developing its Orwellian Next Generation System, which debuted in September. 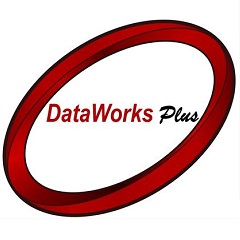 Other “corporate partners” of DataWorks Plus include a company called Integrated Biometrics, which developed the FBI’s fingerprint scanners, and another named Animetrics, a 3D facial recognition software developer whose CEO was the inaugural board member of the Security Identity Biometric Association. Integrated Biometrics has also developed fingerprint sensors for Booz Allen Hamilton, and has partnered with Lakota Software Solutions, whose founders are alums of Northrop Grumman and Lockheed Martin.

Integrated Biometrics also develops fingerprint sensors for Mobizent Systems, which makes handheld mobile devices for police. Mobizent’s contract with the San Jose Police Department was worth at least $190,000 in 2011, according to MuckRock. 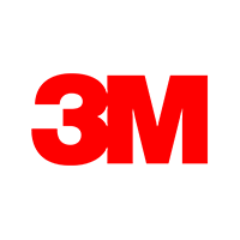 3M Cogent, which is owned by 3M, develops or has developed handheld fingerprint scanning systems for these five police departments. Two of 3M’s eleven board members are or were top Lockheed Martin executives: Sondra Barbour and Vance Coffman. Barbour is currently Executive Vice President of Information Systems & Global Solutions at Lockheed Martin, and has been at the company since 1986; Coffman served as CEO of Lockheed Martin from 1998 to 2004 and chairman from 1998 to 2005, and is also a board member at military contractor Deere & Company, in addition to 3M.

As facial recognition begins to face regulatory scrutiny, industry and privacy advocates spar over who owns your data