A version of the article appeared on Motherboard

In a recent article, we investigated the Department of Homeland Security policy of searching the electronic devices of travelers without warrants or probable cause. This got us thinking about what sorts of things the average person might have on their computer that would trigger a Customs and Border Protection (CBP) action. We found one, as laid out in 19 US Code § 1305.

Under 19 U.S.C. § 1305, the import of “any obscene book, pamphlet, paper, [etc.]” … “or other article which is obscene or immoral” is unlawful. CBP interprets this to mean that it is illegal to bring pornography into the United States, even if the possession of that pornography inside of the US is completely legal.

Chances are, this law was already outdated when it was implemented, but it becomes truly absurd when you consider that the enforcing agency in this case has the right to search anyone’s computer for effectively any reason while they are entering or leaving the country.

Despite the hilarious futility of sealing our borders against obscene articles from abroad in the age of broadband internet, documents published by Government Attic suggest that CBP takes this responsibility seriously.

The agency’s most recent edition of this policy that we were able to find, first published in 2000, explains that not only is pornography to be seized before it can enter the United States, but that “Customs officers should not interpret previous US Attorney decisions, relating to similar material, as establishing a standard for seizing such material.” 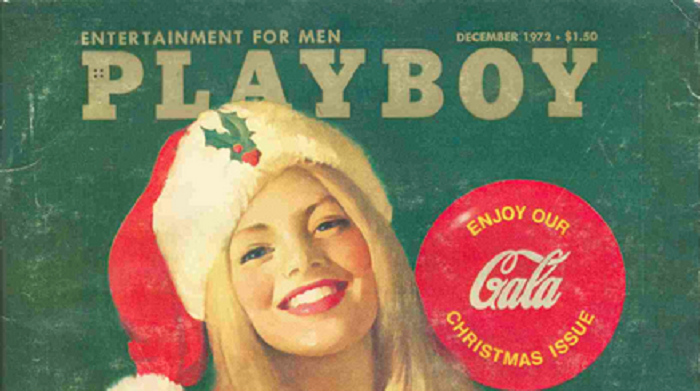 The finer points of this law and how it has been enforced lend some delightful absurdity to an already bizarre situation. In a 1981 case titled US v. Various Articles of Obscene Merchandise, a federal judge ruled that CBP could not seize in full an Air Force Major’s mixture of pornography and family films, but rather must allow the owner to separate out and claim those elements that were not obscene.

“This is, in short, an omelette whose eggs are susceptible of unscrambling,” District Judge Haight wrote. “I have therefore, with the exceptions noted above, considered each of the component films on each cassette ‘as a whole.’” Considering that no less than 67 films were deemed obscene, this must have taken some time. I wonder if District Judge Haight enjoyed “Hot Nazis.”

It appears that 19 § 1305 is not commonly used, based on a search of case law available online. The most recent court decision that we found was in late 2000, in which the US Third Circuit Court of Appeals ruled that 264 nudist magazines imported from France and Germany were not obscene and therefore not subject to forfeiture.

Taking John Oliver’s lead, we decided to focus on what’s really important. In the age of the naked selfie, can CBP see my dick?

The answer appears to be a resounding yes. If you are traveling across the border with a dick pic on your hard drive, CBP is the agency responsible for keeping that picture out of the United States. Well, unless you know how to use email.

If you are selected for a secondary inspection, whether you are randomly selected, flagged by a government agency, or simply chosen for picking your nose suspiciously, CBP agents then have the authority to conduct a search of your belongings. This includes the contents of any electronic devices that you have on you.

While conducting this search, if a CBP agent happens to come across a picture of you in the buff, he or she is obligated to seize that picture. A lawsuit will then be brought — not against you, but against the offending picture or media — which will determine whether it is obscene and therefore should be destroyed or whether it can be returned to you. Incidentally, this leads to some of our favorite titles for a lawsuit, like United States v. Thirty-Seven Photographs, which made it before the Supreme Court.

If past cases involving pornography are anything to go by, it seems that federal judges will valiantly take upon themselves the responsibility for viewing each offending article in its entirety.

Guidelines for detainment at border