After months of haggling, the Bureau of Customs and Border Protection has finally released two key documents following the crash landing of one of its Predator drones off the coast of San Diego in late January.

After initially denying all FOIA requests under law enforcement exemptions, upon appeal CBP has released the initial grounding order sent in the early morning of January 28.

CBP similarly attempted to withhold the reinstatement order which was issued a week later, and released it only after reviewing an appeal. 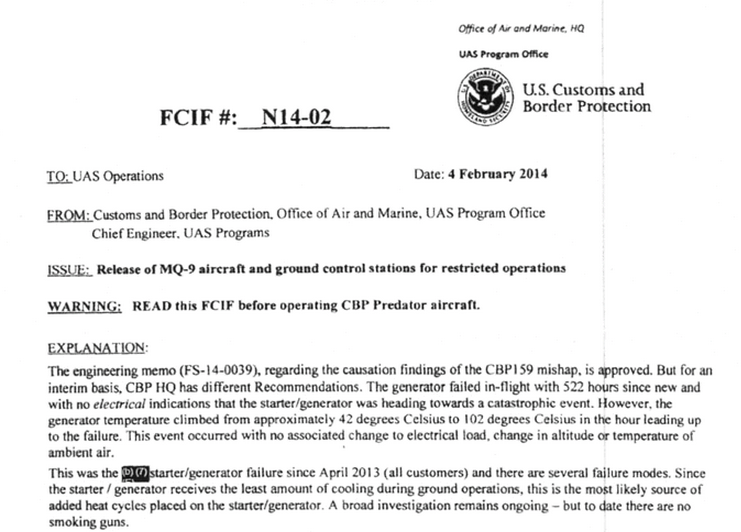 But even in releasing these limited documents, CBP insists it has wide discretion to withhold basic operational details, including particulars regarding the mission the Predator was driving when it crashed.

See the full story over at Motherboard.