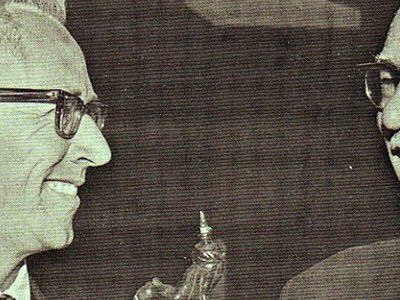 Labor organizer, Californian congressman, and mayor of San Francisco John Francis “Jack” Shelley is typically cited among the most prominent figures on J. Edgar Hoover’s “Emergency Detention” list of “subversives” that were to be arrested if war with the Soviet Union became “inevitable.” However, as Shelley’s FBI file shows, being marked as a potential threat to the country didn’t stop Hoover and Shelly from enjoying a cordial, if not down downright friendly, relationship during the latter’s time on the Hill.

Brian Kroll sent this request to the Chicago Police Department of Chicago, IL