Unwilling to wait for federal regulations to develop, municipal leaders from California to Massachusetts to are pushing their own rules on the acquisition and use of facial recognition technology, balancing constituent concerns around privacy and bias with what police increasingly say is a standard part of law enforcement. 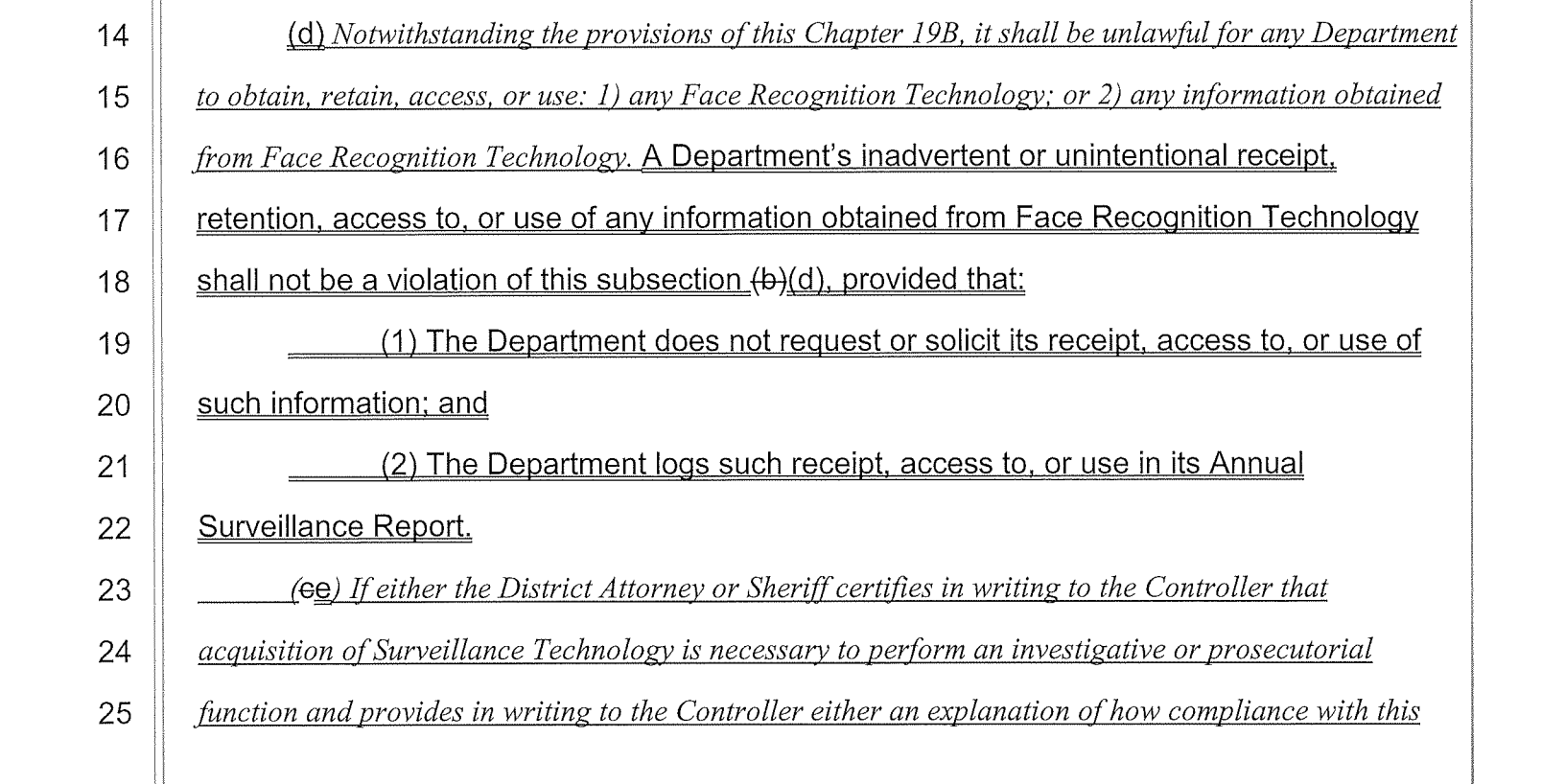 “I hope San Francisco’s action triggers a cavalcade of municipal, state and federal action to prohibit government use of #FacialRecognition technology,” tweeted Supervisor Aaron Peskin, the ordinance’s sponsor, on the day of its passage. “In this instance, proceeding cautiously means putting a full stop to this dangerous technology.”

Peskin and other local councillors and legislators have joined groups like the American Civil Liberties Union and Color of Change in calling for a halt to the technology’s use, citing potential for inaccuracy and abuse, particularly when used on minority groups, which are at higher risk of misidentification.

However, the technology has found fans in law enforcement, who claim the capability can help identify criminals and missing persons, creating a large market for technology companies. Facial recognition can be applied to surveillance footage or cameras, creating real-time and retroactive records of individuals’ movements. Axon, which sells the weapon Taser and police body cameras to thousands of law enforcement agencies nationwide, is one company considering the addition of facial recognition capabilities to its repertoire.

“The San Francisco Police Department’s mission must be judiciously balanced with the need to protect civil rights and civil liberties, including privacy and free expression. We welcome safeguards to protect those rights while balancing the needs that protect the residents, visitors and businesses of San Francisco,” said David Stevenson of the San Francisco Police Department. “While we were happy to see some of our concerns addressed in the legislation, until the policy is put into practice, it is unclear what the full impact will be on department operations.”

As technologies are woven into communities’ daily operations, a growing number of lawmakers say a discussion needs to take place between residents and the government about appropriate boundaries on how data is collected, analyzed, stored, shared, used, and discussed. In New York City, the Automated Decision Systems Task Force, one of the first such groups in the country, met for the second time earlier this month as part of its mandate to provide thoughtful guidance on such software’s use.

“The task force is ultimately charged with coming up with a set of recommendations. They are recommendations to help city agencies understand and address there how automated decision systems affect New Yorkers and increase transparency around ADS,” said Task Force Chair Jeff Thamkittikasem in the group’s April meeting. “It’s an ambitious task in and of itself. But first, we have to ask: What is an automated decision system? And it turns out that’s not a easy question to answer. Even the city needs guidance on that.”

In California, Berkeley and Oakland are considering their own local ordinances, and the Massachusetts state legislature is also considering a ban on the technology.

“The conversation that needs to happen around if and under what circumstances facial recognition technology could be used by government, I think that’s a much larger conversation that needs to have at the city, state, and, honestly, the country level,” said Ben Ewen-Campen, a Somerville councillor who put forth the town’s ordinance. That measured will be considered on June 24. “This is technology that is being actively marketed by software companies to law enforcement, it is being actively used in U.S. cities by police departments with absolutely no transparency, no regulation. The public doesn’t know or understand that it’s being used and what the power really is.”

Throughout the United States, even if a state or local agency doesn’t maintain its own facial recognition system, it may be collecting or sharing images for use by another group. The Federal Bureau of Investigation, for example, has a database containing over 640 million photos, in part gathered from databases maintained by statewide bureaus of motor vehicles, of which there are more than 20, or photos made public on the internet. The FBI has yet to implement multiple recommendations made by the Government Accountability Office to address the privacy and accuracy failings of its system.

Local ordinances, however, cannot fully limit uses of the technology by the federal government, nor can they fully address commercial uses of the technology. In the House, representatives on the Committee on Oversight and Reform wrapped up last week a two-part hearing schedule on facial recognition technology. A U.S. Senate bill, the Commercial Facial Recognition Privacy Act, wants to limit the ability of private interests to collect and analyze individuals’ photos, but it has yet to make it out of committee.

More progress is happening in state legislatures, which are considering biometric data as part of bills on consumer privacy protections.

“We support a federal solution to these problems, but the reality is, as Congress delays and delays, states must step into the breach,” said Joseph Jerome of the Center for Democracy and Technology at a hearing last week for the proposed New York Privacy Act. “New York now has the opportunity to seize this moment and shape the national conversation about what can and can’t do with our data.”

“This is about the relationship between the government and the people,” said Ewen-Campen. “Would you support a new law that said whenever you go into public in Somerville, you need to wear a digital barcode on your chest and it’s connected to a database and you can’t ask any questions about how that database is used. Would you support a law like that? Of course, no one would. And I don’t think people realize that that’s what facial recognition technology could become.”

Image by Mike MacKenzie via www.vpnsrus.com and is licensed under CC BY 2.0