For this week’s FOIA round-up, a new report shows over 40,000 immigration hearings have been cancelled due to the government shutdown, U.S. Fish and Wildlife Service pushed to have activists providing migrants with water prosecuted on environmental grounds, and recently released photos reveal that the New York Police Department might be in violation of its guidelines on protest surveillance.

Researchers at Syracuse University’s Transactional Records Access Clearinghouse used data obtained through FOIA requests to determine that the recent government shutdown has led to the cancellation of around 42,726 immigration hearings, according to CNN. While the number isn’t an official count, it is in keeping with expert estimates: Judge Ashley Tabaddor, the president of the National Association of Immigration Judges, said that “several thousand” cases are being canceled each day.

This comes on top of the already-record high backlog of immigration hearings under President Donald Trump - over 800,000 as of Nov. 30, 2018 - and will mean more excruciating wait times for migrants and their families whose lives are on hold until their trials.

As the trial of humanitarian activists with No More Deaths continues in Tuscon, Arizona this week, newly obtained documents have revealed the efforts of the U.S. Fish and Wildlife Service, in addition to U.S. Border Patrol, to push for their prosecution. NMD is a group that seeks to prevent migrant death from dehydration and starvation by leaving water, food and clothing in the desert areas where over 3,000 migrants have died en route to the U.S. since 2000.

The Intercept obtained documents through a FOIA request with USFWS, which show the role that key officials in that office have played in pushing for the prosecution of activists on the grounds that their activities undermine environmental conservation efforts.

In particular, the role of officials at the Cabeza Prieta Wildlife Refuge in criminalizing NMD activists’ efforts to prevent migrant deaths was highlighted in these documents. Refuge Manager Sidney Slone, who testified at the trial this week, to criminalize and deter NMD activists. In November, 2017, he even sent out a “blacklist” of 13 NMD activists to the U.S. Department of Interior requesting that they be denied permits to any wildlife refuges managed by the department, a consequence that very few people who violate rules in the refuge face.

New documents obtained by M.J. Williams Law through New York’s Freedom of Information Law show that the NYPD has maintained photos of Black Lives Matter protesters years after they were taken. This practice is likely in violation of the NYPD’s own Handschu Guidelines on protest monitoring, put in place in 1985 following a successful lawsuit filed by political activists challenging police surveillance of demonstrations.

The photos were included as attachments in emails sent from 2014 to 2015 between NYPD officers and personnel. The presence of these years-old photos despite no evidence of potential unlawful activity are a concerning indicator of police attitudes toward peaceful protestors with specific political agendas, according to Rachel Levinson-Waldman, senior counsel at the Brennan Center for Justice’s Liberty and National Security Program. 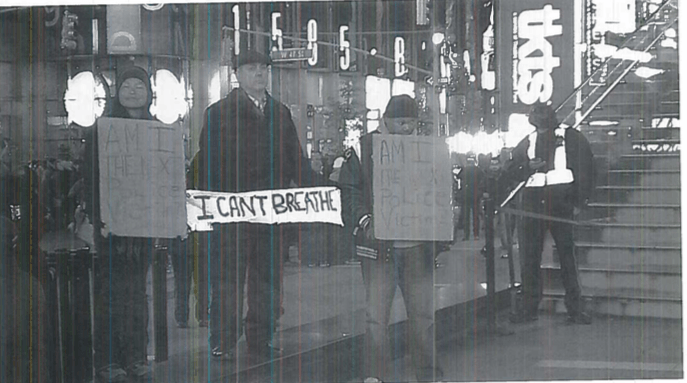 “These practices could potentially chill First Amendment activities. I would have a concern if [photos of] basically innocent third parties are living in these files and being used for other reasons,” she said. “What protections do they have?”

The discovery is in keeping with revelations about NYPD’s ongoing intense surveillance of Black Lives Matter organizers, also obtained through FOIL requests, including evidence of civilian informants, undercover officers, and social media monitoring.

Read the full article in The Appeal here.

When the Illinois General Assembly passed a bill legalizing video gambling in 2010, it was banking on a significant financial return from the project. Instead, new financial documents obtained and analyzed by ProPublica Illinois show that regulatory costs have outweighed the tax revenue generated. Over $83 million in casino taxes have been diverted to regulate the booming but unwieldy video gaming sector, and state education funding, which has been funded in part by tax revenue from casinos, dropped by $70 million between 2013 and 2017.

According to ProPublica, the rushed legislation - which gave anti-gambling lobbyists barely an hour to respond to the bill before a vote was held - was passed “without scrutinizing the details,” leading to a gambling tax on video machines that was much lower than that of other states who have legalized it.

Image by The All-Nite Images via Wikimedia Commons and is licensed under CC BY-SA 2.0