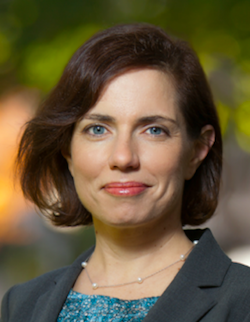 In light of the groups 40th anniversary celebration at the end of this month, Wisconsin Freedom of Information Council Co-Vice President Christa Westerberg sat down with MuckRock to talk about the group’s decades promoting transparency in the Badger State.

Westerberg, who is also a practicing attorney, has been with the organization for over 10 years. The WFOIC is an all volunteer member group with its members being from different backgrounds including law and media. Since its inceptions in 1978, the organization has grown exponentially with a goal to safeguard access to information.

Can you describe your role and share a little about your organization’s mission?

I am the Co-Vice President of the Wisconsin Freedom of Information Council (I had been Vice-President and then began sharing the job a few years ago). I became Vice-President close to ten years ago. My involvement with the organization extends a few years beyond that. The mission of our organization, more broadly, is to promote and safeguard open government in Wisconsin, especially to our open records and open meeting laws.

WFOIC is celebrating 40 years of FOIA advocacy in Wisconsin. What has improved, what has worked?

[WFOIC] was founded in that post-Watergate era, and I think some other statewide organizations probably were too. Since that time, the biggest improvement is the actual passage of our modern open records and open meeting laws, which occurred in the early ’80s. A lot of what we have been doing since then has been to strengthen those laws as they are on the books, or preserve them in the courts. We also make the public aware of their rights under the law and raise awareness when the provisions of those laws are under threat.

Is there anything that needs improvement?

Yes, there is always room for improvement. One of the most common complaints we get is excessive cost for records, delays and processing time. Our laws have not been updated to reflect modern technology. That always presents a challenge, even though most interpretations of our law extend to electronic records.

What types of obstacles has the organization faced in fighting for transparency?

We have seen a few retrenches both at the legislative and the court level. Probably the biggest issue at the legislative level was a few years ago. There was an effort made to essentially gut the open records law through a budget measure that was proposed right before the Fourth of July weekend. If there had not been a huge public outcry, that could have conceivably passed and really diminished the public right to know. That was an astonishing attempt to - in a really not transparent way - gut our open records laws, which fortunately didn’t succeed. Ever since then we’ve been sort of on the alert. Then at the court level we’ve had some cases that have diminished. Our open records law presumed that your identity is not relevant to your entitlement to records, which makes a lot of sense. The fact should be when your considering releasing records its what the records say and what the law says. But there have been some court cases that have started to suggest that the custodian of the records can take the requesters identity into account.

Currently, what are some of the issues the group is looking to solve?

The biggest issues that have always come up are delays and cost. Then there is always the question of entitlement to records in the first place and whether the law entitles you to something or not. Those are things that continue to be issues as agencies continue to create so many records. There is so much electronically and there is a large volume from their end. How do you reasonable sort that, get that to a requester in a reasonable amount of time, at a reasonable cost?

Can you recall some of the organizations biggest wins throughout the last 40 years?

Where is the Wisconsin FOIC headed in the next 40 years?

We are an all-volunteer organization and so, just to make it 40 years as an all-volunteer organization is great. Hopefully, we’ll continue with that in the future. I think one of our biggest roles is to continue to be the true lead for the open records law and raise the public’s awareness. Transparency is an issue that people agree on broadly, regardless of their political party or their affiliations but, they don’t necessarily understand what their rights are and they don’t necessarily understand when those rights are in danger either because some action of the legislature or the courts. I don’t want to minimize the work of public servants who do want to provide records and access and do that job well but, not all of them do. So we are going to continue to be a watchdog and a cheerleader for the open records law and open meeting law and publicize good things when they happen and let the public know when they don’t.

Is there anything else you would like to add?

We really owe it to our members. A lot of our members are members of the media but, not all. Our core organizations, the Wisconsin Newspaper Association, Wisconsin Broadcasting Association, AP News Photographers, and those types of groups really did a lot of the work back when we started. It’s a group effort moving forward and its great to see so many people interested in participating.