So what kind of wild ride are people in for if they try to open a vineyard in Charlottesville? And what if you’re the Trump family?

Now President Donald Trump purchased the winery in 2011, later handing operations over to his son. It’s registered with ABC as Eric Trump Wine Manufacturing LLC, although Donald gave a shout-out to “his” winery while campaigning in Virginia.

Wanting to know if ABC’s Charlottesville highly-competent investigators hassle the Trumps with the same gusto as us regular folks, MuckRock asked for inspection reports of the Trump Winery dating back to when the organization first acquired the property in 2011.

After demanding proof of Virginia citizenship, ABC wanted $38 to “cover the cost to search, copy and review the documents.”

Gladly paying for what we thought might be a trove telling of Eric Trump being pinned to floor over some sort of arcane grape harvesting regulation, we got exactly four pages of foam: 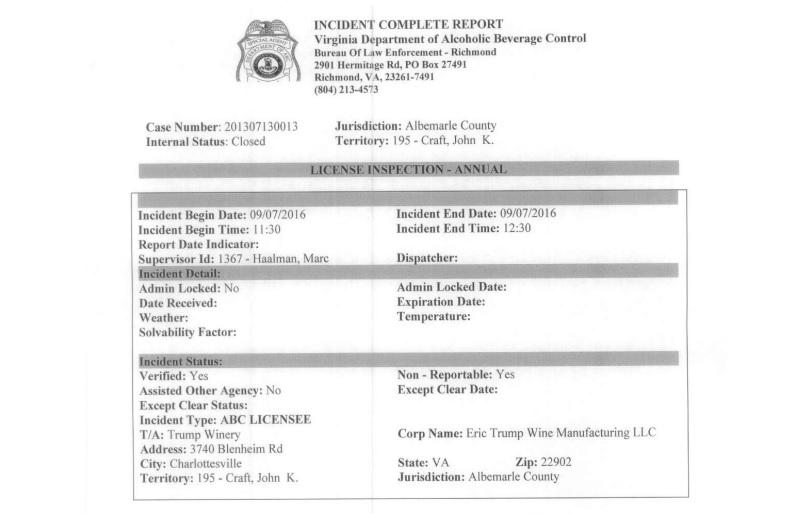 The most we can learn from these documents is that the ABC does not have a way of quickly accessing inspection records, and they don’t seem to anything to say about what they inspect.