The Aurora Chicago Lakeshore Hospital is being investigated by state and federal authorities for child abuse and neglect, according to ProPublica. Hundreds of children are treated at Lakeshore, and many of them are under the care of the Illinois Department of Children and Family Services. The DCFS is investigating 16 cases of abuse against the hospital including allegations of sexual abuse, physical assault, and failure to ensure a safe environment for suicidal patients. The hospital is at risk of losing federal funding if changes are not implemented to prevent these abuses from continuing.

Some of the children under DCFS’ care have been cleared for release from the hospital but are unable to leave the facility due to the agency’s inability to find an adequate placement for them. The DCFS’ acting inspector general, Meryl Paniak, expressed concerns to DCFS Acting Director Beverly “B.J.” Walker.

The investigations alarmed Meryl Paniak, DCFS’ acting inspector general, who in a confidential memo urged Walker to take action. Paniak wrote that she had “significant concerns for the care and safety of the children” at Lakeshore, according to a copy of the memo obtained by ProPublica Illinois.

Federal investigators are looking into the abuse of overtime funds by one current and two former police officers in Louisville. The Louisville Metro Police Department was granted $1.2 million in December 2016 to increase patrols in high-crime areas in an effort to reduce crime rates. An investigation by WDRB News found that officers’ time logs reflected suspiciously long work days and no days off. One of the officers under federal investigation made over $45,000 last year in overtime.

The Spectrum, the student newspaper at the University at Buffalo, revealed political donation patterns among university faculty, staff, and councilmembers. The report showed that the university’s councilmembers donate to both Republicans and Democrats while the rest of its staff and faculty lean towards Democratic donations. The data reflect over a decade of political donations, from Jan. 1, 2008 to Oct. 31, 2018. 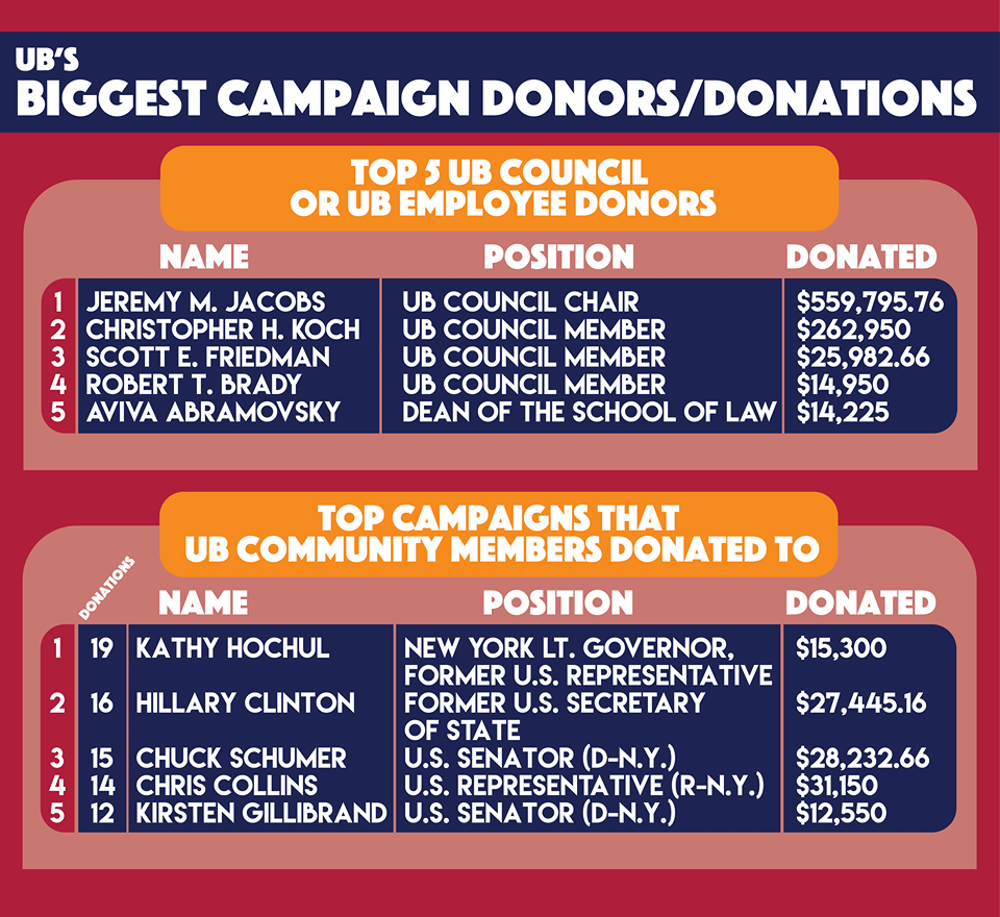 Image by Idawriter via Wikimedia Commons and is licensed under CC BY-SA 3.0