A heavily redacted Federal Bureau of Investigation file released to M. C. McGrath documents the Bureau’s lingering suspicion, if not outright hostility, towards the African National Congress, including concerns of communist ties and terrorism. 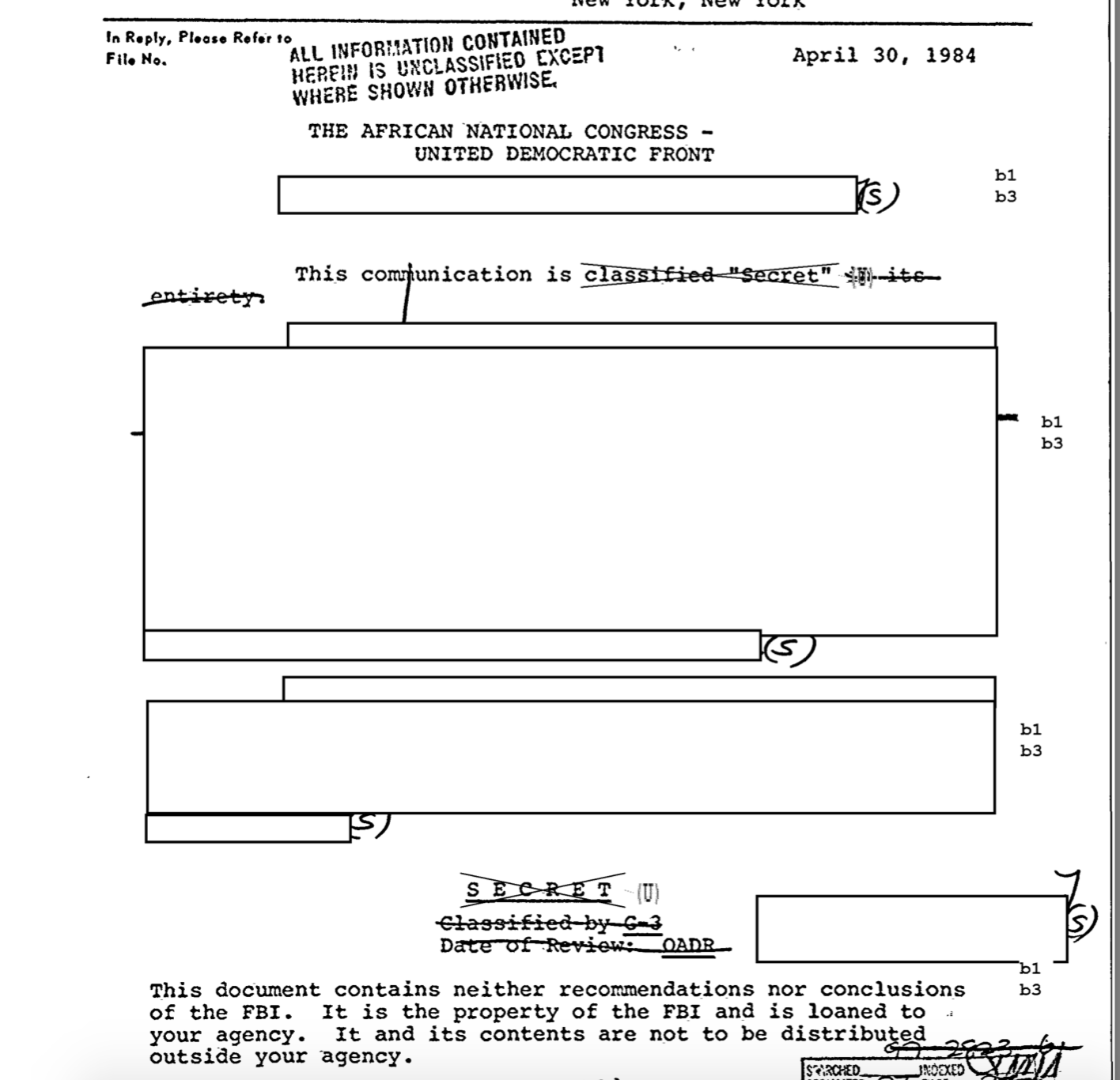 The ANC is a South African political party which was founded in 1912, and was banned by the apartheid government from 1960 to 1990, ultimately coming to power when Nelson Mandela was elected.

During their 30 year ban, FBI field offices often shared their suspicions of the ANC’s communist ties - in particular the Philadelphia and New York offices, which had several open investigations into the ANC - but plentiful redactions throughout the documents cover up the names of specific members, sources, and the information provided to the Bureau. 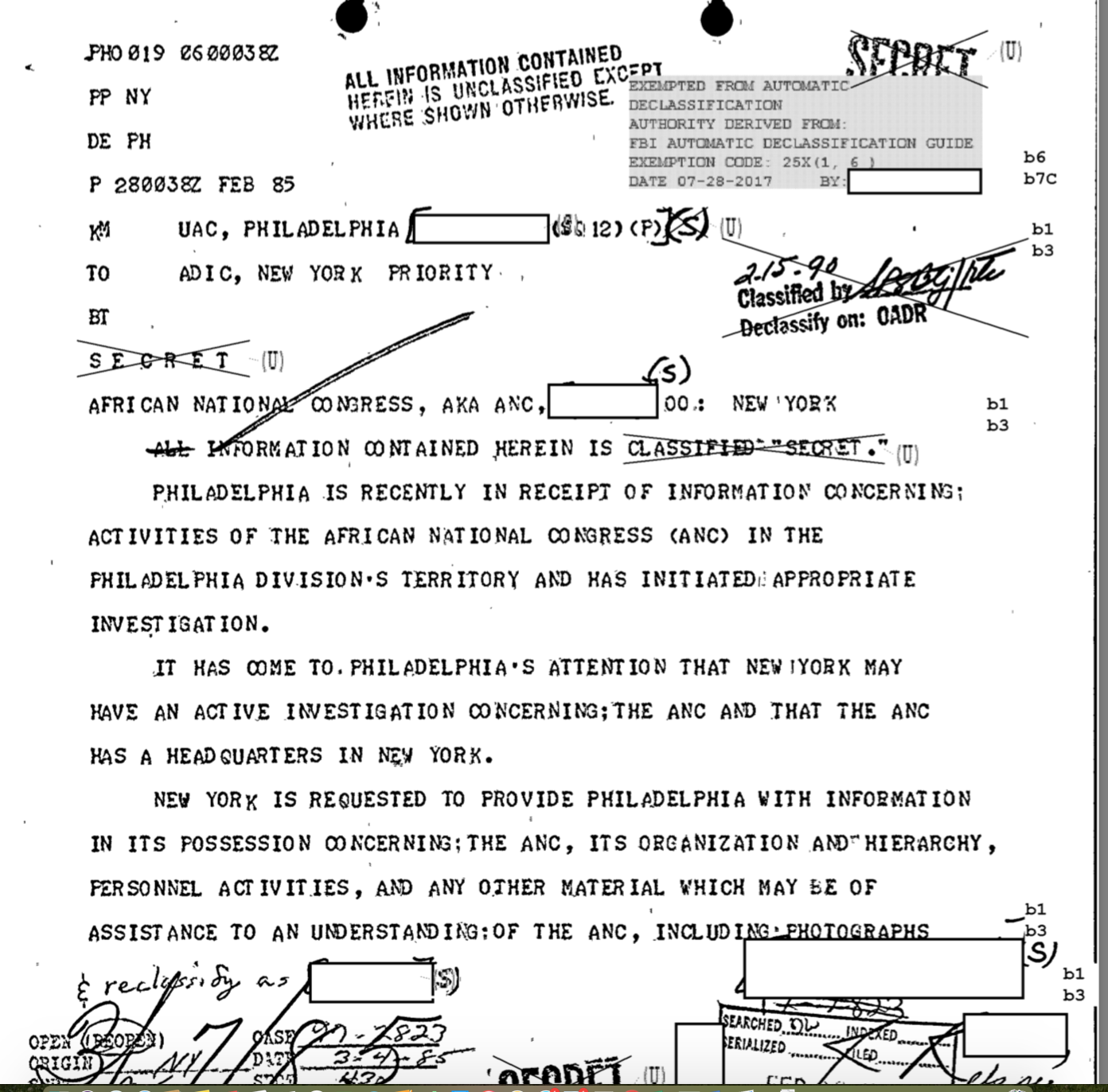 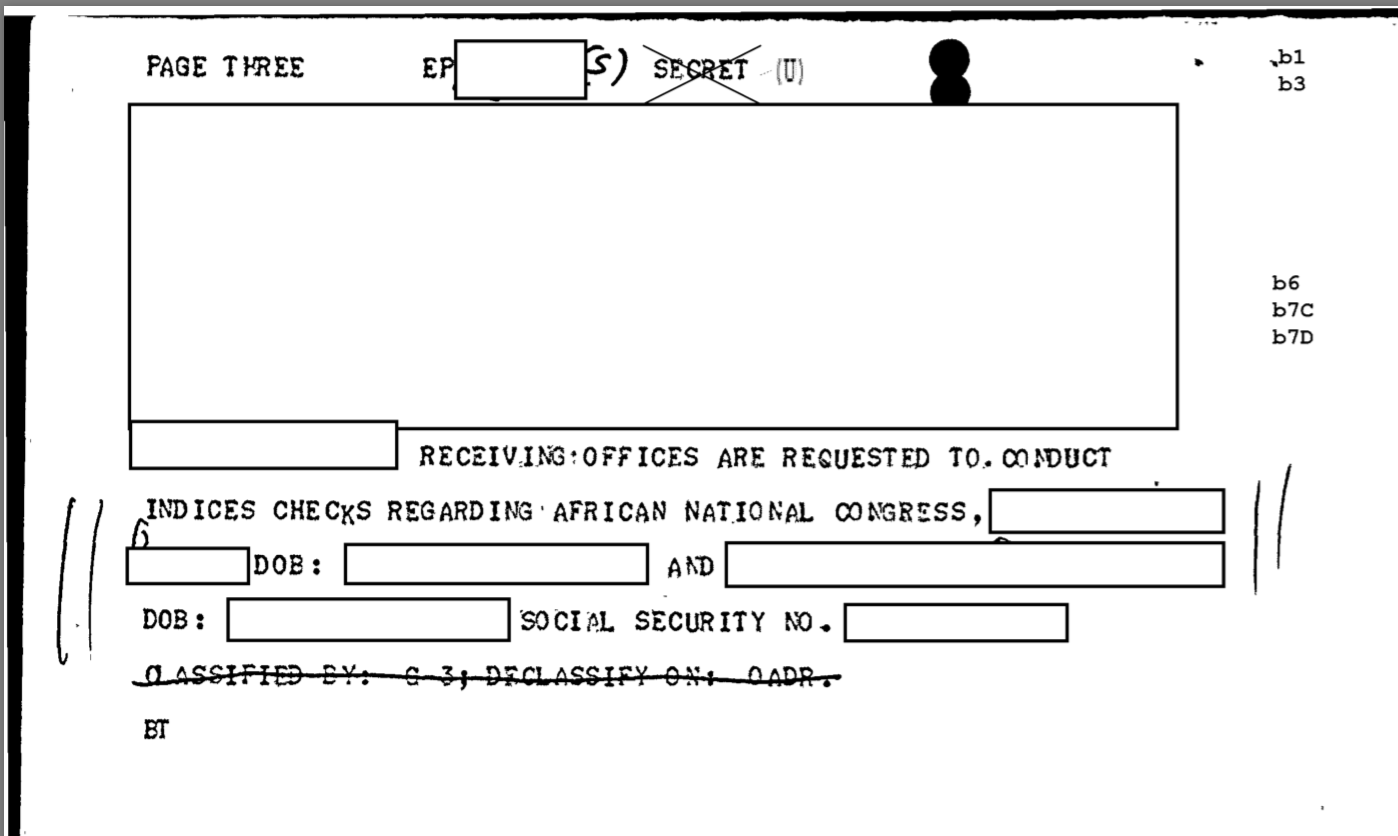 The FBI also paid close attention to the US travel plans of ANC members. Only one name in the files survived redaction - Oliver Tambo, the head of the ANC. The FBI file on Tambo shows the Bureau keeping tabs on the status of his B-1 visas for multiple trips while never denying him entry. 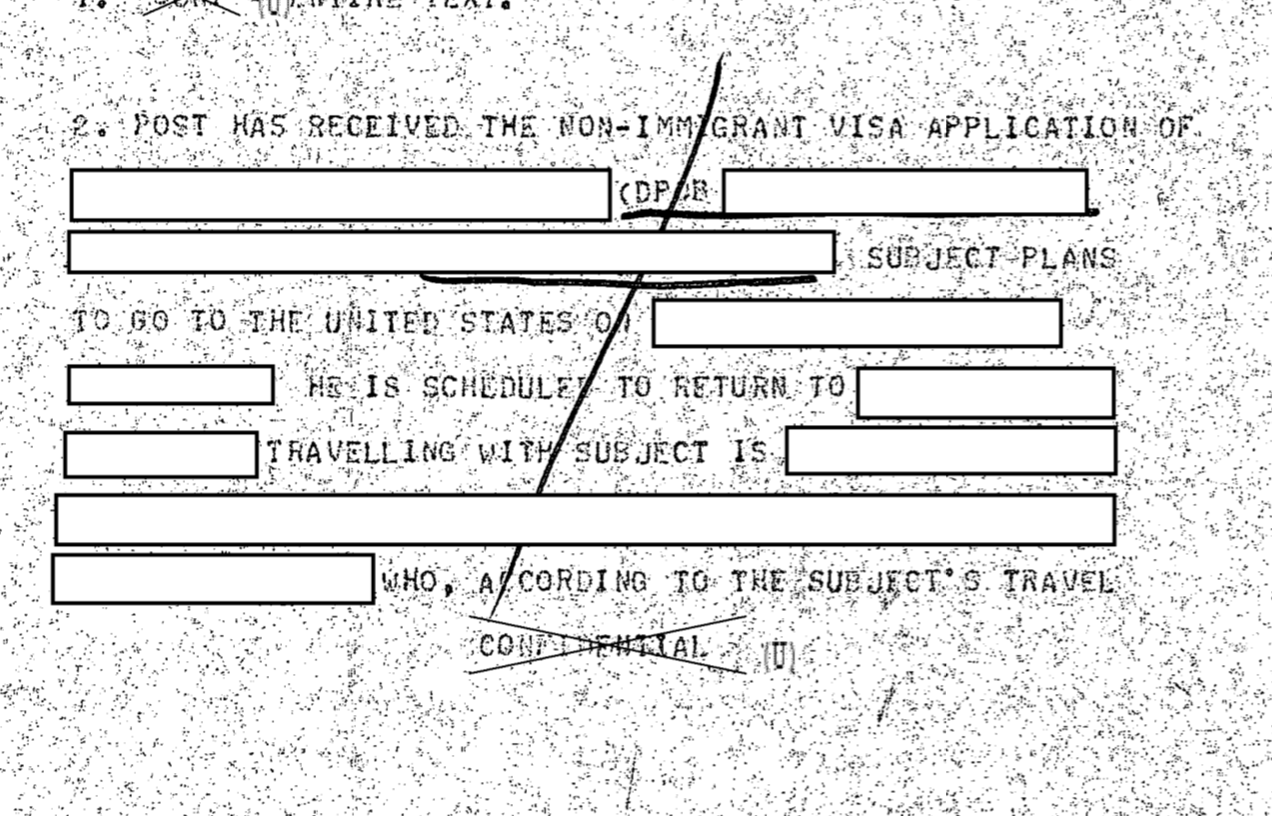 Despite the Bureau’s concerns regarding possible ANC terrorism, the files show no opposition to the issuance of B-1 visas for ANC members. 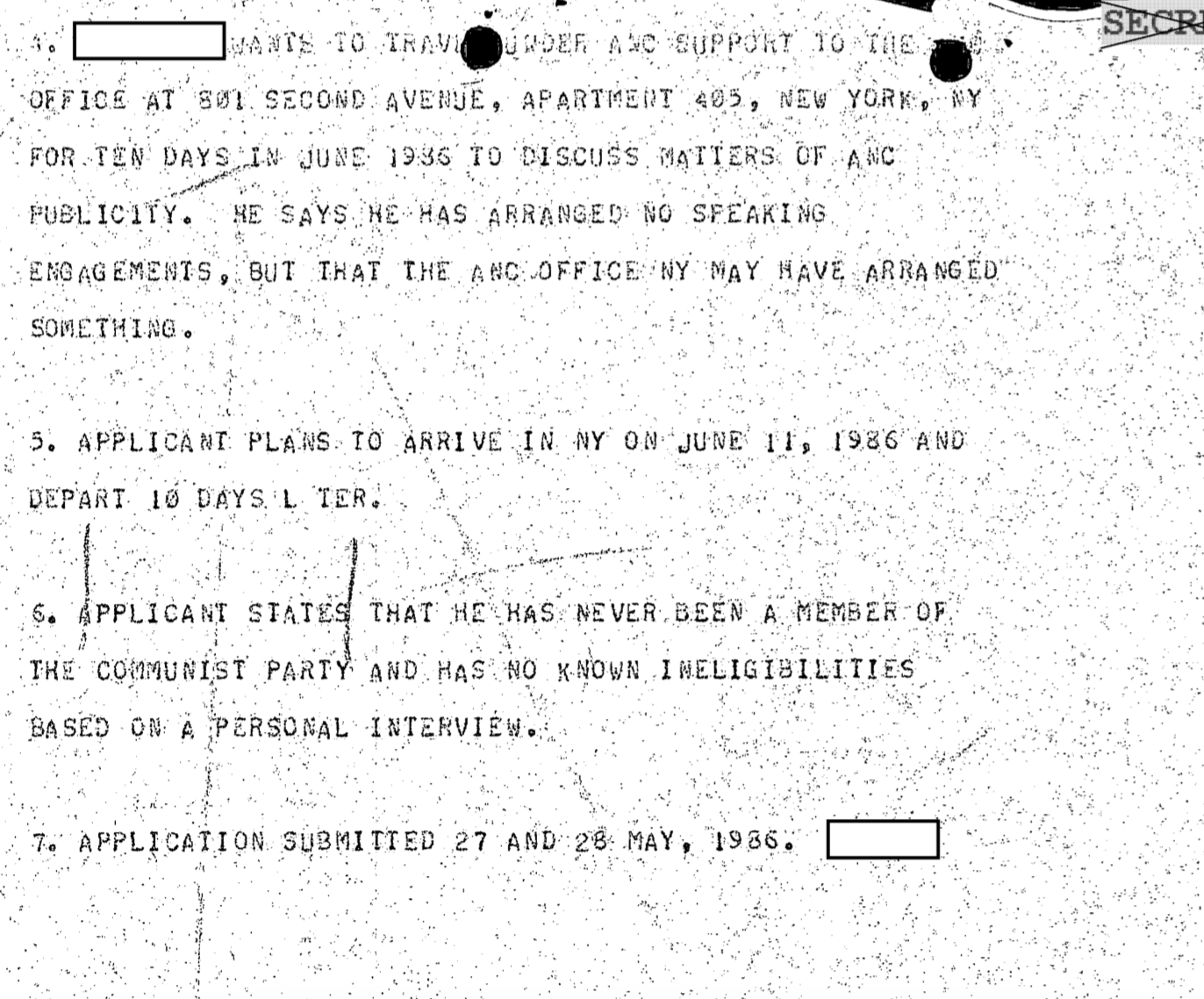 The FBI also kept clippings from a New England newspaper decrying meetings between U.S. government officials and ANC members, for conferring upon Tambo and the ANC a “dignity that is certainly unwarranted”. 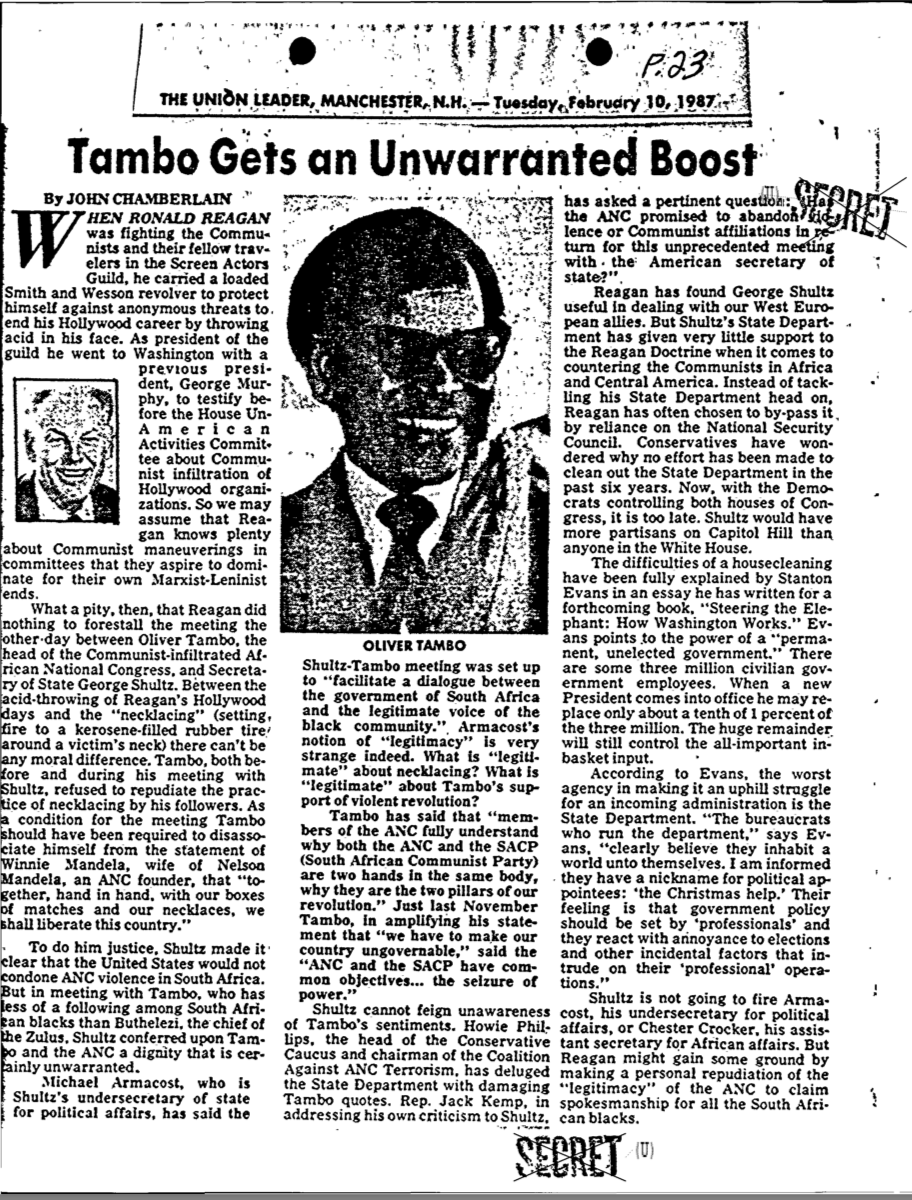 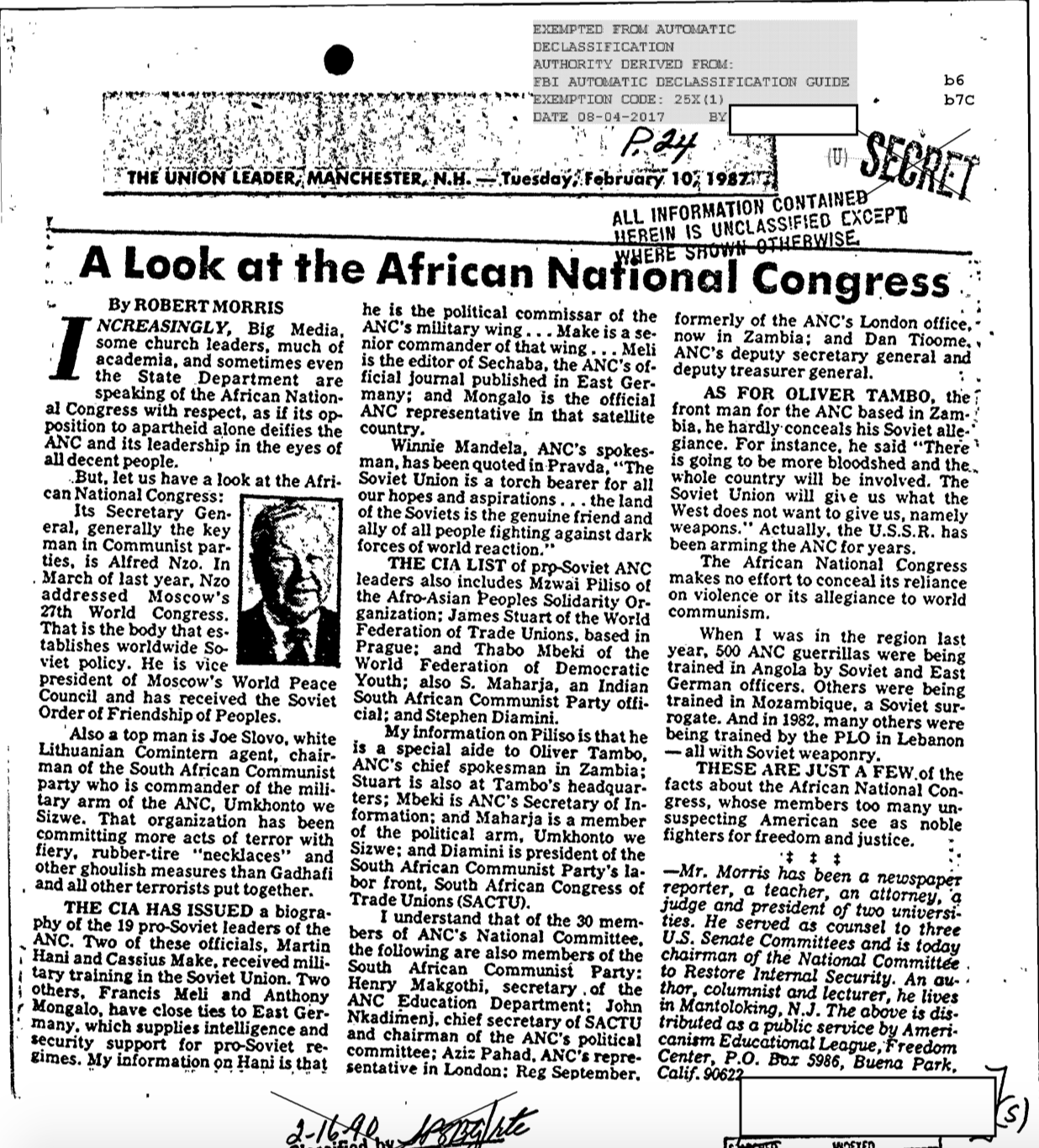 Read the first section of the file embedded below, and the rest on the request page.

M. C. McGrath sent this request to the Federal Bureau of Investigation of the United States of America

M. C. McGrath sent this request to the Federal Bureau of Investigation of the United States of America