In early May of 2016, someone within the NRO asked if the mission patch for the NROL-76 mission had been approved.

As launch wasn’t due for a year, the question was oddly premature, and someone on the team voiced their curiosity.

A later email from August 2016 explains the concern - following the embarrassment over the NRO-39’s octopus logo (which records released to Runa Sandvik show was an engineering in-joke that backfired to a comical degree, the NRO wasn’t even sure if it could approve its own logos without the White House’s final say.

As far as they were told, the NRO could still have “ultimate authority” over logos … so long as they avoided “menacing designs.” Which means “yes” to fluffy animals …

and “no” to creepy cephalopods and whatever’s redacted here.

Fortunately, the theme for this design was “Lewis and Clark,” which the NRO thought was fairly family-friendly, especially when compared to, say, a dragon with American flag wings.

But we’ll let you be the judge. 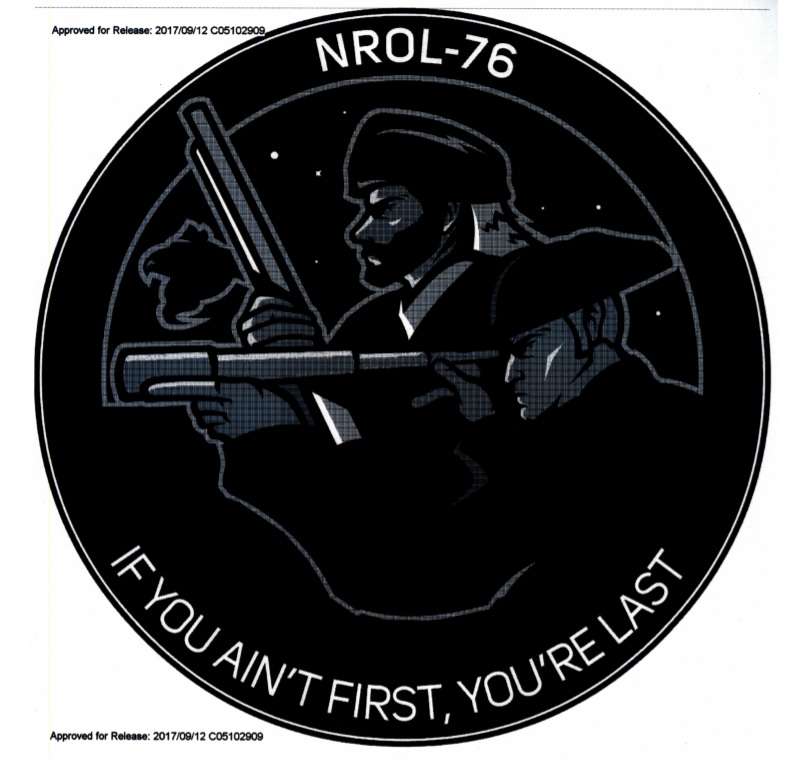 If that slogan strikes you as oddly familiar, then congratulations on your excellent cinematic tastes; “If you ain’t first, you’re last” is indeed the catch-phrase of Ricky Bobby, Will Ferrell’s character from “Talladega Nights.”

The design notes make this explicit, as well as explain that it was chosen as a slogan because one team member “loves NASCAR” and “wanted to go fast.”

From the beginning, the person that appears to be the NRO team leader tried to drop a few hints that they weren’t all that confident a “Talladega Nights” reference was going to (literally) fly …

before finally giving it the formal nix on copyright grounds. 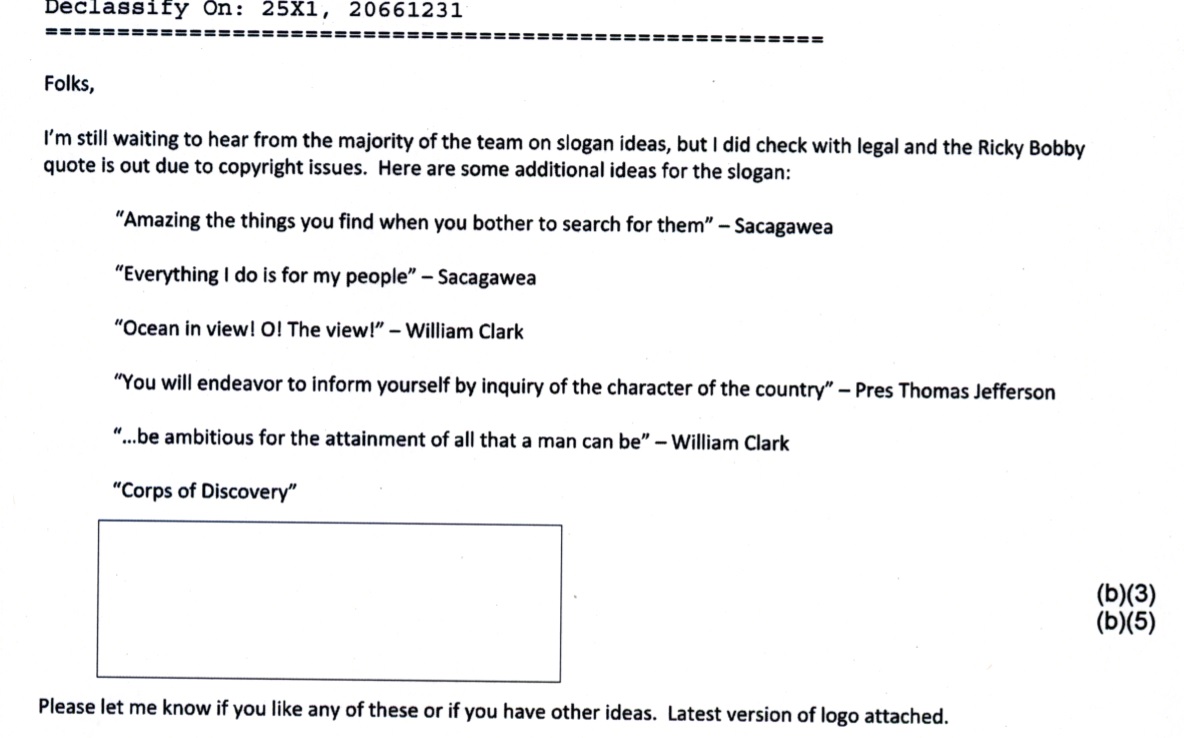 Undaunted, one team member proposed a sneaky compromise - just Google Translate it into Latin and nobody will notice.

This team member claims the “Latin approach” has worked before, though a quick search shows that it didn’t work out quite as well as they made it sound. And there were a few other minor considerations …

Ultimately, the team leader vetoed all Latin phrases as “hard to understand and remember,” using the NRO’s own motto as an example. A list of pre-approved slogans (including a few redacted ones) was sent to the team, and with a topical joke about the 2016 presidential elections, the matter was put to a vote.

and you can see it here on the finalized logo. 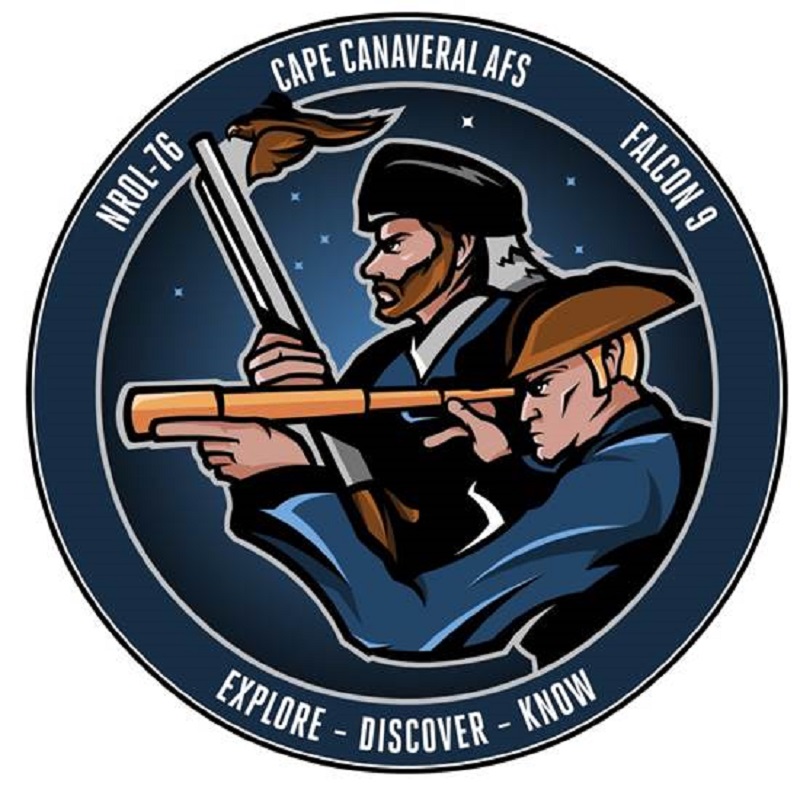 Read the full release embedded below or on the request page.

Image by SpaceX via Wikimedia Commons

The CIA classified a MAD Magazine gag for 30 years