In late 2016 then-President Barack Obama signed an Executive Order on geomagnetic storm preparedness. His plan, co-chaired by National Oceanic and Atmospheric Administration, the Department of Homeland Security, and the White House Office of Science and Technology Policy, focused exclusively on guiding the country through damages to our power grid, which could cause an estimated $12 trillion in damages.

Apparently the Central Intelligence Agency took the issue with lack of concern over solar flare-induced psychic phenomena, however, dedicating part of its 824 page risk report on it.

The first part of the document, released to Michael Morisy, is entitled “Geomagnetic Factors in Subjective Telepathic, Precognitive and Postmortem Experiences.” It’s just as bizarre as one might expect.

Citing multiple other studies, the report contends that a decrease in geomagnetic activity causes either the occurrence or just the memory of an occurrence (it’s unsure which), of increased telepathy, but only about death and other crises.

There’s a chart and everything. 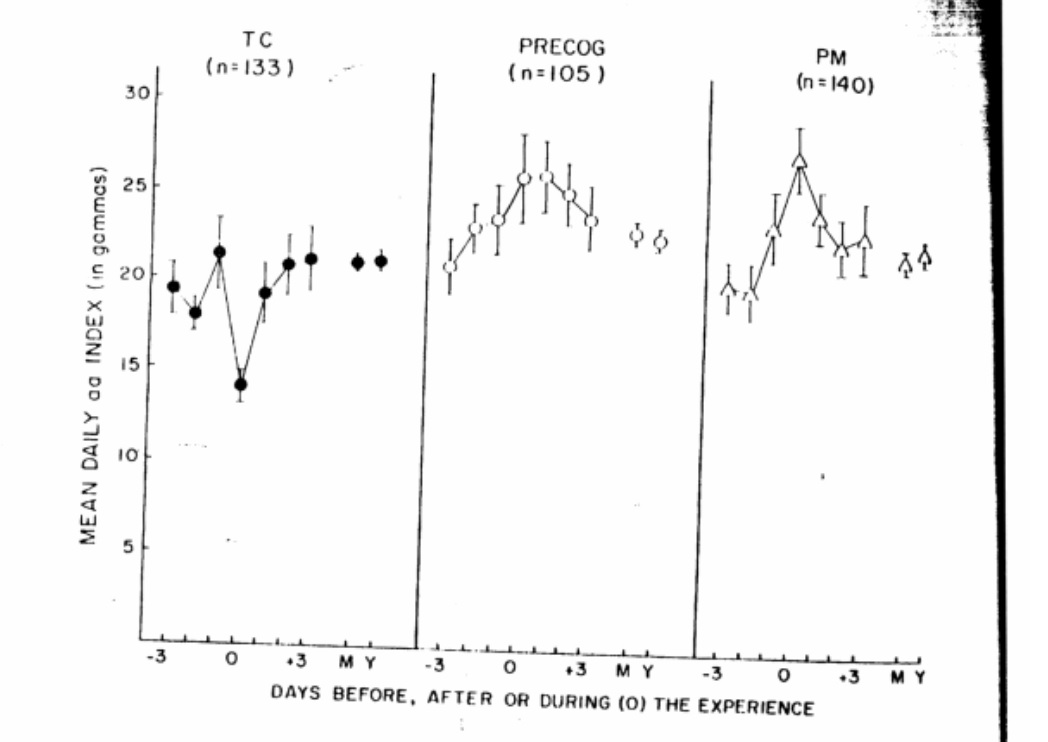 A quick Google search shows that, typically, theories of this sort are reserved for blogs describing the effects of solar flares on human spirituality, claiming a side effect of headaches, anxiety, and hot flashes. These effects are also studied by The Carlini Institute for Therapy, Research, and Transpersonal Education, which extolls the benefits of “Quantum Soul Aligning” and alternative healing techniques.

So while the CIA did spend time discussing more scientifically-sound theories later in the report, that first section reads more like a Reddit thread than your average government document.