The sting of the most gendered U.S. presidential election ever is gathering force for an equal and opposite reaction. More women than ever are making ready for potential office runs. Tomorrow’s anticipated “Day Without A Woman” has already caused the cancellation of schools. And people internationally have marched in step with American protestors.

In the battle to increase women’s access to decision-making positions, dozens of nations globally have implemented quotas to ensure that females are making up at least some proportion of potentially-elected politicians: those considered for candidacy to legislature and the like; those candidates that are actually chosen to run; or actual official positions. 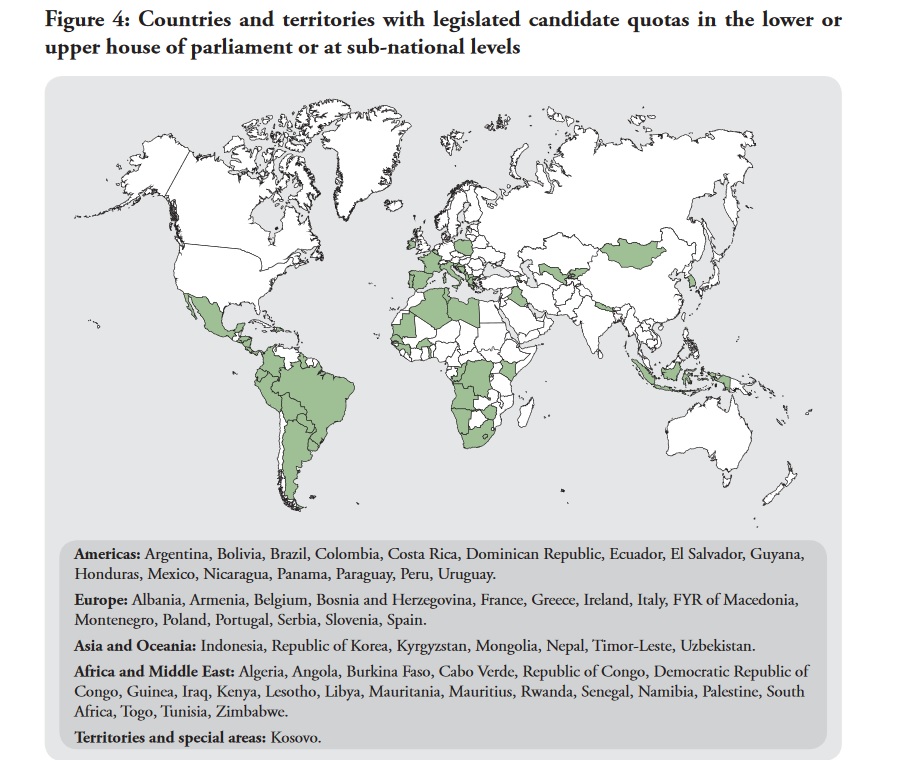 The concept of a quota enacted from on-high would probably not sit well with an American polity obsessed with individualism. The idea that particular seats might be reserved for particular underrepresented parties seems ludicrous. It’s highly unlikely that Congress could or would enact a law to mandate such parameters on the candidate pool, and it’s basically impossible to ensure that if even, say, 40% of candidates are female, anywhere near that percentage will actually be elected while still ensuring fair and free elections. Plus, it’s not hard to imagine some parties would go the way of French factions that have opted for fines over compliance.

Still, the structural limitations preventing such an official policy don’t necessarily apply to the political parties in our country. The Republican and Democratic parties could take it upon themselves to implement active guidance on the composition of their candidate pools, the voluntary political party route which many other countries have gone.

What do you think about the gender gap in politics? Let us know on Twitter @MuckRock.