Reporting on the police in a small town can be difficult to do properly. The police are the source of a lot of information, and if you get on their bad side they can make it difficult to get access to even the most basic public documents.

When working as a reporter for a weekly newspaper in Wareham, I requested the past couple of weeks worth of police logs and was told no. After pressing a bit, they said that I could view the logs if I came down to the station and looked at them on a police computer.

As I was sitting at the computer going through the logs, then Acting Police Chief (and current Chief) Kevin Walsh came in the room and demanded to know what I was looking for. When I told him it was just a search for recent arrests, he stormed out of the building.

Shortly thereafter, the the phone of the officer tasked with watching me as I scrolled through the logs rang. After a brief, largely one-sided conversation during which I could hear a man screaming at him, the officer hung up and said something to the effect of the Chief was worried that I was looking for stuff I wasn’t supposed to. 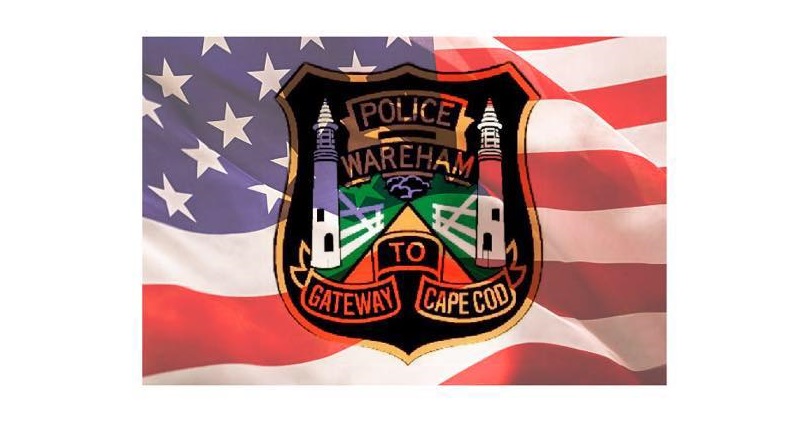 Four years later, I know a little more about public records, so I decided to see how my old buddies in Wareham were doing in the transparency department.

An initial request for all civilian complaints filed against the Wareham Police Department from 2010 to the present day yielded a list with barebones descriptions of complaints, rather than the actual complaints themselves.

This cop-out led to a follow-up request for the original complaints.

Once the complaints were released a couple of weeks later, four items that were on the list were missing from the more thorough police narratives, and despite having been reviewed by the town attorney, there were no exemptions cited for any of the redactions.

The first release didn’t name any of the officers against whom the complaints were filed, and upon reviewing the police narratives of the complaints (the original complaints written by the complainants were not released, but a request has been filed for those, as well as for department’s use of force policy), it became apparent that the list was a bit sanitized.

In addition, there was a complaint that had not been listed on the initial release.

This complaint was made by the publisher of a now defunct weekly paper that published scathing opinion pieces about Wareham’s local government.

Wareham police officer Charles Pillsbury claimed in a Facebook post that the publisher had hacked his Facebook account, and the publisher claims that this led to threats by other town employees - one was a firefighter from Onset (a village in Wareham) named Justin Harrington crowing about the violence he’d like to inflict on the publisher, and implying that the publisher literally deserves to die in a fire. Another firefighter, John Robbins, joking that he should repo the man’s car:

Harrington further threatened the publisher in a private message:

The kicker? The dispute began over a bad joke made in the name of local election shenanigans.

In a town so broke that garbage cans were removed from the beaches to save the cost of paying people to empty them, the schools have been underfunded for years, and the town hall is open four days a week to save money on utilities, this is what people choose to argue about.

The complaint against Pillsbury was not sustained, in part because he’d been off-duty at the time he posted the comment, and because a November 2011 memo did away with the Wareham PD’s social media policy, leaving no policy in place to violate.

Regarding sanitized incidents that were on the initial list, this one also stood out for its lack of illuminating information:

According to the full report, both the individual and his mother were arrested.

He and his mother were held up by a police detail at a construction site at a busy intersection where a gas line was being replaced, and the two-lane road was reduced to one lane. After ten minutes his mother asked her son to pull over, and she got out of the car to ask the officer on detail what the hold up was: 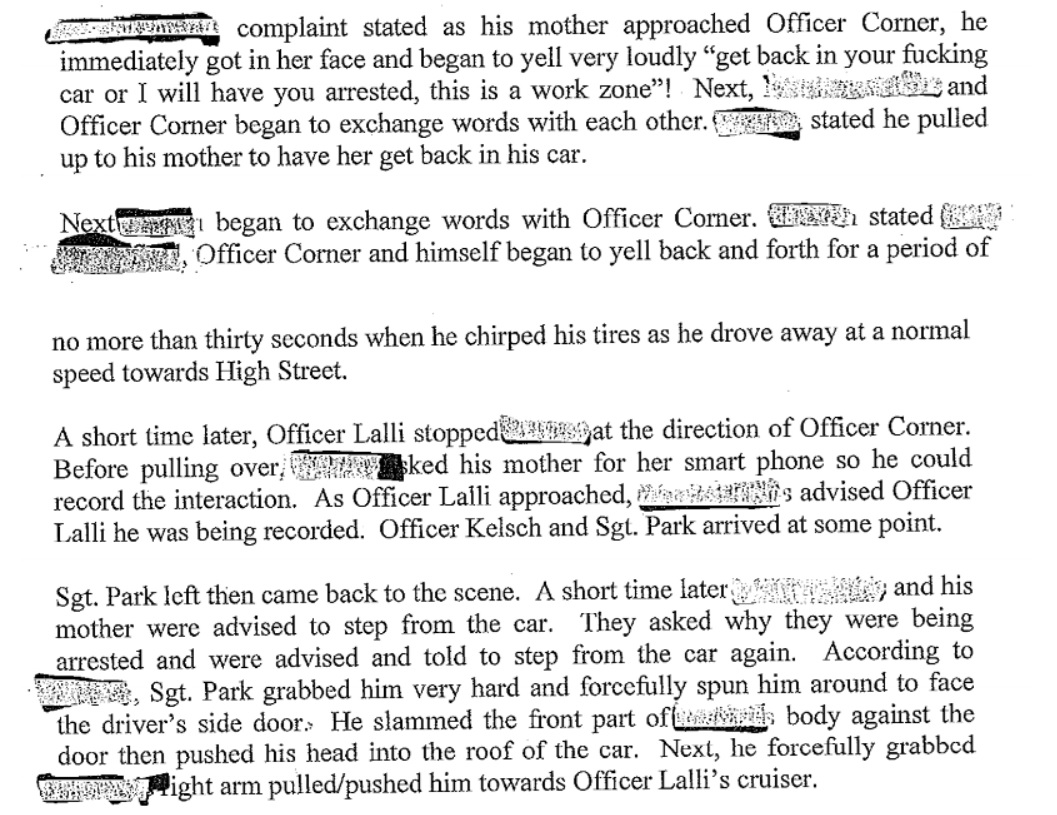 The account given to the investigator (and officer at the same department, of course) by police of the arrest does not mention any use of force:

The complainant’s version (as relayed by the police) says that the man“got out of the car,” but the narrative of the police’s version of events states that Reynolds refused to get out of his car, then jumps right the part where he was handcuffed “without further incident other than angrily yelling about their arrest.”

Neither of these stories makes it clear if Reynolds “got out” of his car of his own volition, or if he was removed by an officer. Furthermore, the claim by police that nothing but yelling took place once Reynolds was out of the car contradicts the investigation’s finding that force was used, but that it was justified.

The report goes on to say that after the young man was bailed out of jail, he found that the recording he’d taken of his interaction with police at the scene was gone:

Thanks to the mention of a Crime Watch, it was easy to identify him.

In 2012 Wareham Week ran a story about Derren Reynolds who founded Onset Community Watch. According to the article, Reynolds said that they were merely on the look-out for vandalism and drug deals, and would contact the police when they saw anything suspicious. The effort was criticized in the article by then Police Chief Richard Stanley:

“This is an accident waiting to happen.” said Stanley. “[Reynolds] is out there doing building checks and so forth. He’s walking into a dangerous situation. Or he may find himself in a situation where he would put my officers in danger.”

Seeing as Reynolds and the other volunteers were merely observing and reporting their observations to police, Stanley’s objection rings hollow. Perhaps he was concerned that the volunteers might witness his officers using force unnecessarily.

Read the full complaints embedded below, or on the request page.

Caitlin Russell sent this request to the Wareham Police Department of Wareham, MA

Caitlin Russell sent this request to the Wareham Police Department of Wareham, MA