In May of 2014 the Florida ACLU filed a FOIA request to Sarasota PD for their documents on Stingrays. However, just days before the ACLU was due to inspect the documents, the United States Marshals Service swooped into Sarasota and rushed off with almost all of SPD’s Stingray records.

Their legal argument for doing this? An SPD detective that had worked with the USMS on a case in which Stingrays were used had been deputized by the Marshals, which according to them made the documents the possession of the Marshal Service.

While this is, of course, legally dubious at best, and downright illegal by some interpretations, it also helps explain the strange collection of records that SPD gave us, which evidently is everything the Marshals missed. 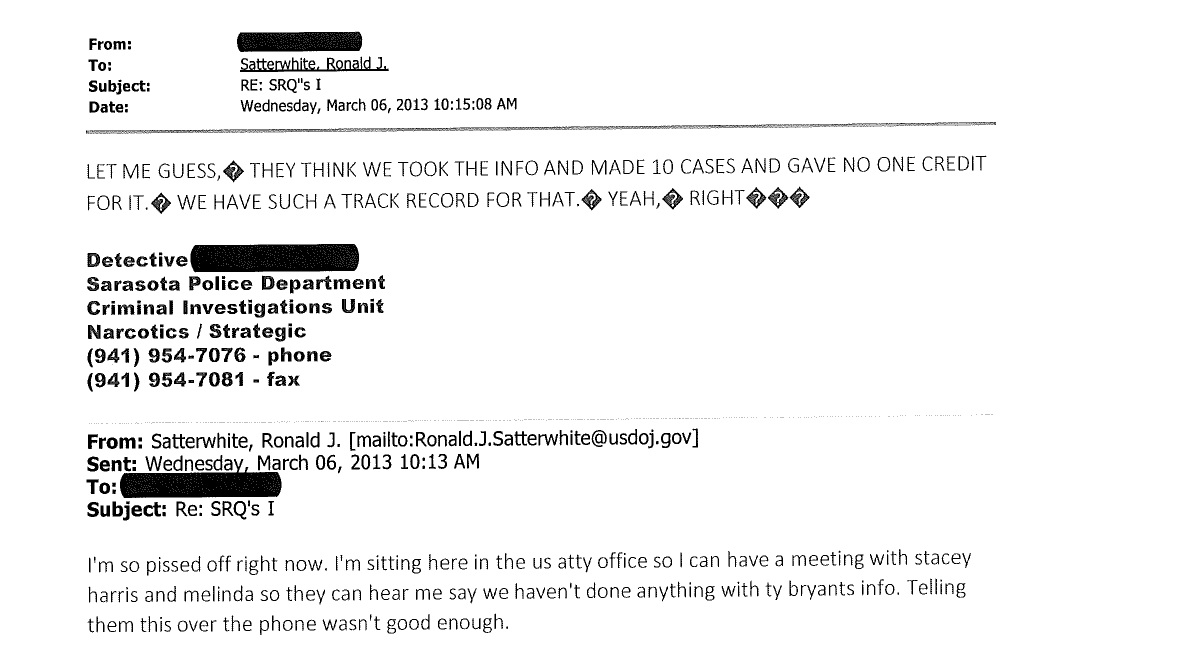 These documents are the result of Joint Law Enforcement Operations Task Forces (JLEOs) that the SPD participated in from the years 2008 to 2014 with various local departments in their area, and also the DEA and the Marshals. Considering that South Florida has been designated as a High Intensity Drug Trafficking Area, or HIDTA, it’s not surprising that they are engaged in high level operations with federal law enforcement agencies.

What is surprising is how often they resorted to pen register and trap and trace court orders to be officially permitted to use their Stingray. Referring to cell site simulators as “trap and trace devices” is common, even by the DOJ. A quick glance at the documents released by SPD will show you just how much this technique was used. 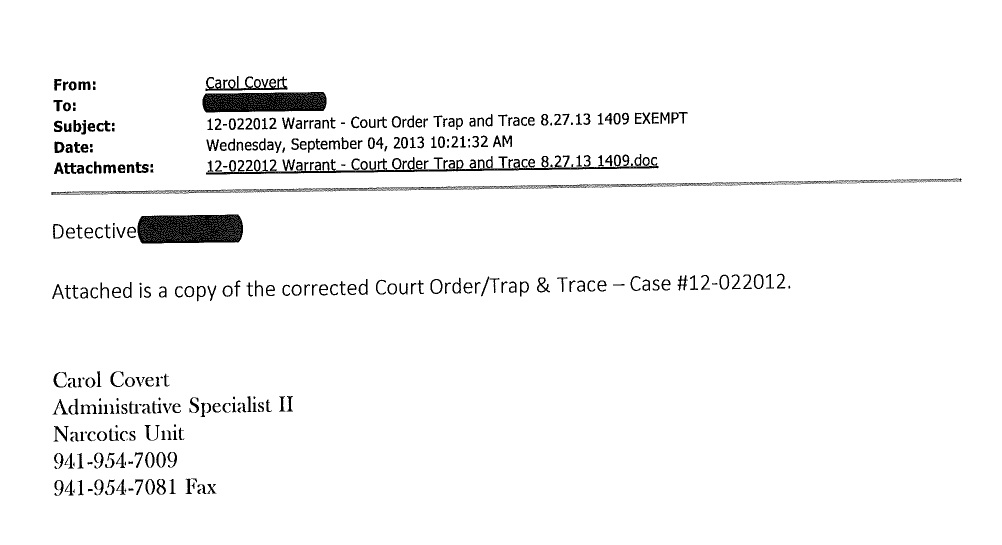 This controversial practice has spurred action in 11 states (though not Florida as of yet). Critics of this practice demand more rigorous warrant applications that specify that law enforcement must be very clear about what devices they intend to use. This of course makes it much harder to do what Sarasota and the DEA did, concealing their Stingray use by telling judges they simply wanted to use typical Pen registers and phone company records’ court orders. 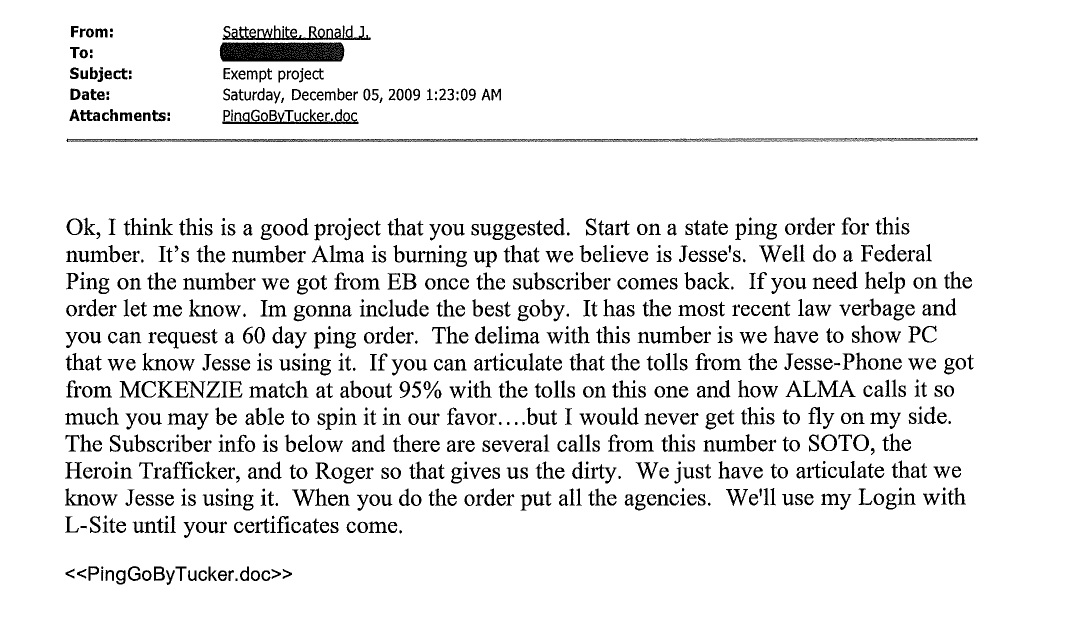 Keep in mind, the vast majority of these documents were spirited away by the Marshals.

Pen registers and phone company data dumps can be their own investigation tactic. In conjunction with a Stingray however, they serve to inform police about who the IMSI (International Mobile Subscriber Identity) codes and phone numbers belong to that they are intercepting with their cell site sim, in real time. Telephone company data can also be used to identify key phone numbers and IMSI codes that they are planning to surveil with the Stingray.

Thanks to the Marshals though, it is impossible to get a clearer view of how law enforcement use all of these devices in conjunction, but these documents help give us some clues about just how deep police can dig into our phones data.

Aside from emails featuring SPD officers and DEA special agents discussing strategy for arresting drug dealers and getting court orders, the docs also feature Sarasota cops carping about the Marshals not reimbursing them for fuel and overtime. In light of the Marshals numerous problems, this isn’t terribly surprising, and honestly, pretty amusing.

We couldn’t confirm with either SPD or the Sarasota city attorney’s office whether or not the Stingray used in these operations was owned by Sarasota or a federal agency, but an important clue can be gleaned from an email sent from DEA agent Ronald Satterwhite to United States Attorney Christopher Murray.

While this seems to indicate that the equipment being used for the operation was owned by Sarasota, we may never know for sure due to the Marshals.

Read the first segment of release embedded below, or on the request page.

Curtis Waltman sent this request to the Sarasota Police Department of Sarasota, FL