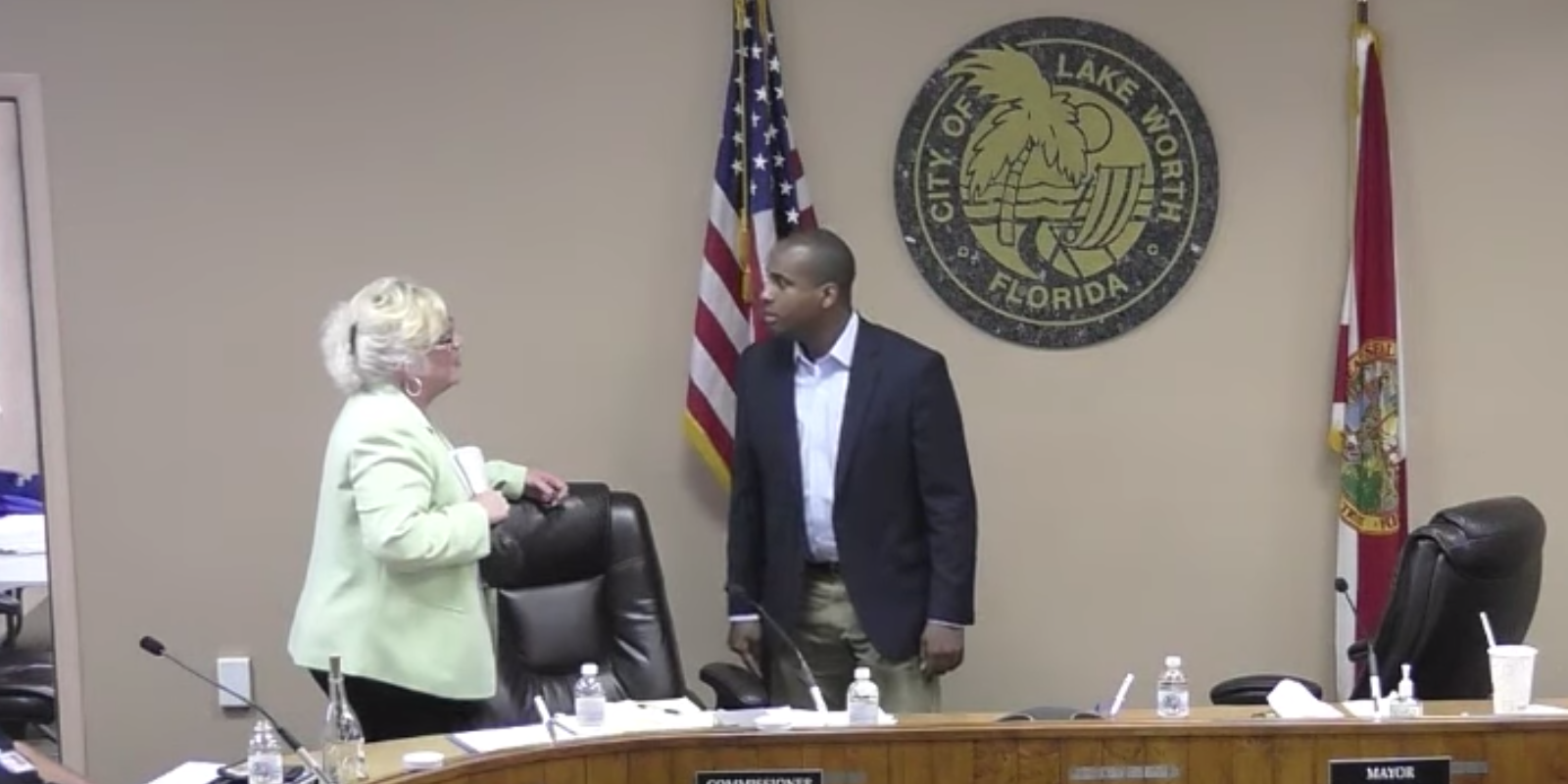 Every week, MuckRock brings to you an update of transparency and accountability battles, threats and wins.

Please let us know if you have encountered additional trouble accessing records or the important meetings government officials are holding during the COVID-19 outbreak. If you are a newsroom that could use additional assistance filing requests or supporting your breaking news efforts, reach out to us at info@muckrock.com.

Tension and confusion being generated by the threat of COVID-19 and how to best respond erupted in a public City Commission meeting from a Florida community that went viral last week for its theatrically-traded criticisms and a dramatic shout off.

The episode was both comedic and deeply relatable. Strong communication and teamwork are hard in a crisis. Officials know they will be judged for how they respond and would rather keep their deliberations off the record.

With fewer than 40 thousand residents, Lake Worth Beach held its first public meeting on the crisis a week and a half later.

City Manager Michael Bornstein said he had opposed having the meeting because “given the heat of battle” he wanted the ability to adapt to changing conditions without “a running meeting” before the commission, claiming he had never had to deal with this sort of oversight in previous situations.

Official video from the meeting showed two commissioners in a shout off following a tense hour during which Commissioner Omari Hardy questioned Bornstein about his response to the emergency crisis, which included the delays in holding a public meeting and enacting a utility shutoff moratorium.

Even the city’s lawyer was not able to settle the confusion. “It’s just never come up as an issue as long as I’ve been City Attorney,” Christy Goddeau said.

Emergency situations are among the most important for transparency and for maintaining trust between government and its constituents. It is in the “heat of battle” that mistakes can be made and expanded powers abused.

Maintaining access to those decisions is crucial to maintaining the stability of the democratic process. Nonetheless, some governments are responding with the same rulebooks used when fighting foreign adversaries or natural disasters, when it can be possible to believe that limiting public information could keep people safer.

“There are degrees of emergency, and this is not a hurricane,” Commissioner Herman Robinson, said in the meeting.

COVID-19 is illuminating existing gaps in the government’s ability to coordinate quickly while also following Florida’s Sunshine Law to maintain public access to meetings and records.

In Florida, a city’s state of emergency cannot suspend existing state statutes without a state declaration. Florida’s emergency orders have not made changes to the application of the Sunshine and public meeting laws and cities are still expected to follow them. As more employees work remotely and more meetings happen electronically, just how they will do that remains an open question.

MuckRock is tracking changes to public records procedures that are a result of the COVID-19 response. You can find those here.

It is important that governments find a way to stay open and transparent. Their obligation to respond to a crisis might be as important to residents as the government continuing normal functions, including participatory decisionmaking.

The night of the meeting, this sentiment was echoed by the sole in-person public commenter, Sylvia Ball, a resident who said she wasn’t there to talk about the emergency but “regular law,” enforcement she believed had been suffering long before COVID-19. Ball made her way to the meeting to specifically addressing her basic expectation that cars park with the flow of traffic.

The whole scene, which Lake Worth Beach made available on Youtube as part of its regular open meeting practice, was embarrassing to some of its participants, but also a credit to them. Democracy is messy but respecting the people’s right to know will help that process unfold with integrity.