It might have been 30 years ago today that President of the Philippines Ferdinand Marcos would await the final count of his re-election bid.

Instead, by the time of the regularly-scheduled run-off, the longtime authoritarian ruler had already been ousted by his own petard, a “snap” election announced in an ABC interview in November 1985 and conducted on February 7, 1986.

The sudden showdown between the ostentatious Marcos and Corazon Aquino, widow of assassinated Marcos critic Benigno Aquino III, was an unpredictable equation for much of the watching world, including our very own Central Intelligence Agency. 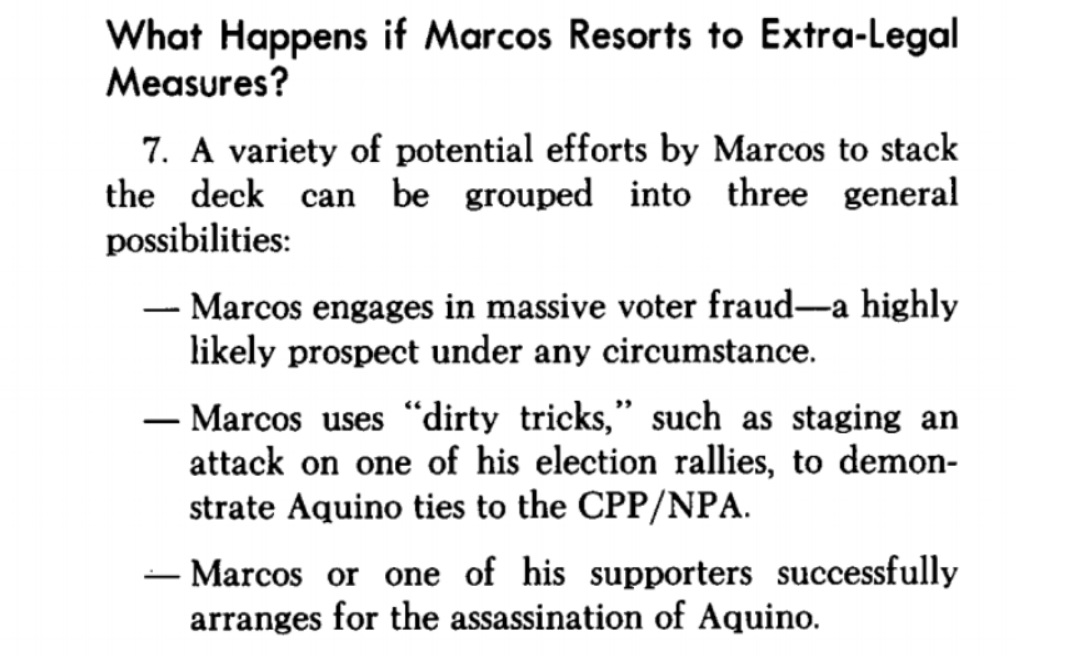 Fearing that Marcos might try to bolster his votes through fraud and continue to contribute to the deterioration of the Filipino political environment, CIA, in the days before the contest, issued a Special National Intelligence Estimate titled “IMPENDING ELECTION CRISIS IN THE PHILIPPINES: IMPLICATIONS,” now available in the online CREST database.

Skeptical that an Aquino win was even possible, sure that the U.S. would be blamed regardless of the results …

and positive that any government would need strong U.S. support to succeed … 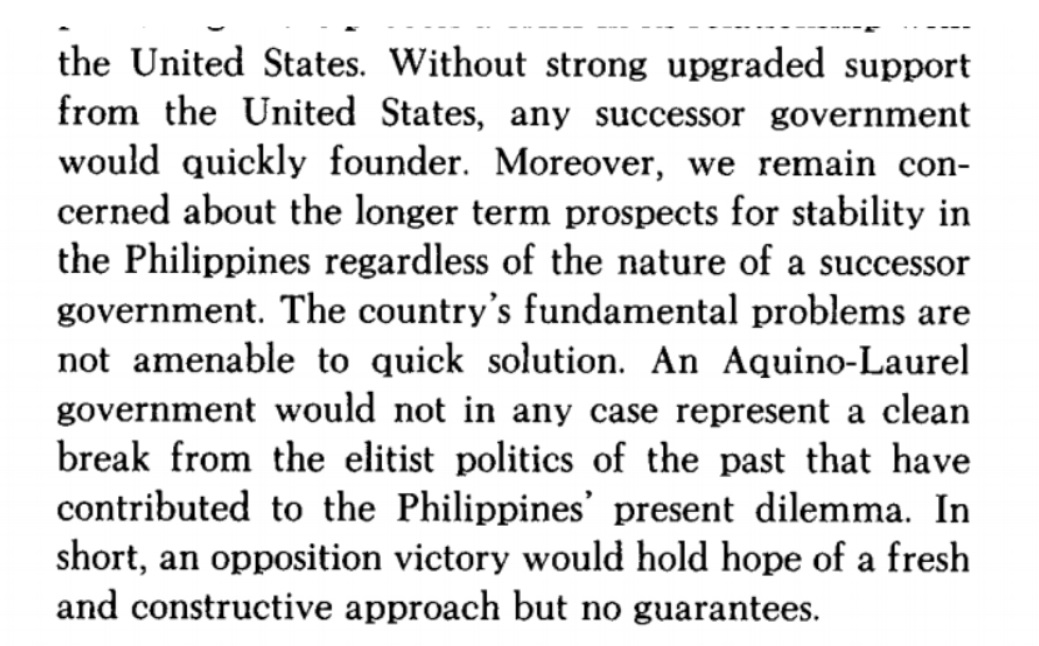 CIA’s ultimate assessment was that stability in the region would be the best thing for American interests, particularly prevention of Soviet influence …

and the maintenance of military bases on the islands.

As we now know, Marcos was declared the winner but was soon rejected by millions of Filipinos decrying his fraudulent hold on power, as well as the Supreme Court, which installed Aquino as the rightful ruler of the country. 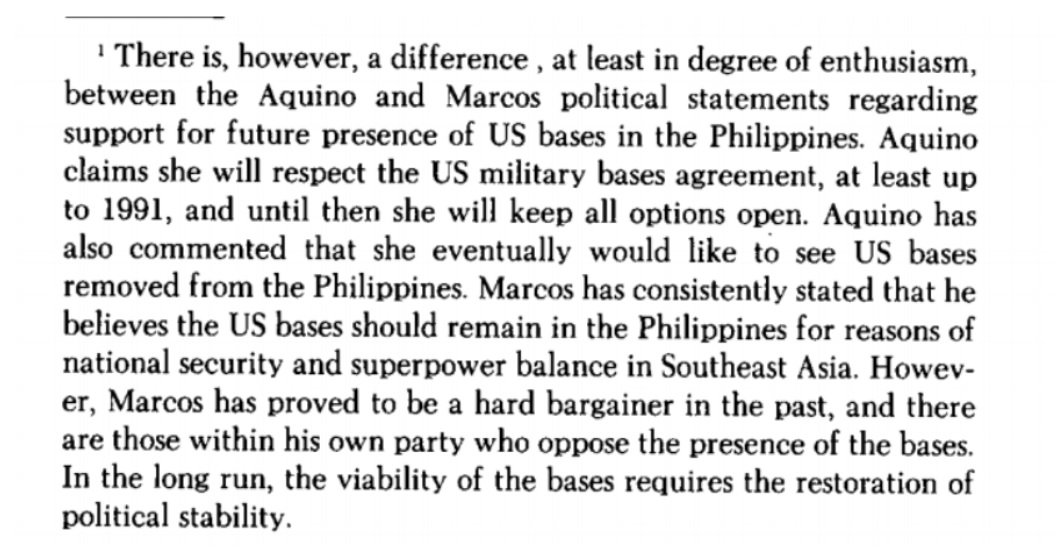 For the full briefing, take a look below, and explore more of the CREST database on your own.