In responding to our records request California Department of Justice (CADOJ) has provided documents detailing their acquisition of an expansive and highly advanced facial recognition system. We also received two booklets that explain how the system works and its vast array of specifications.

CADOJ first asked the NEC Corporation of America for a quote in June of 2013. The Japanese technology company gave them over 100 pages in response, detailing exactly what its program, called NeoFace, is capable of, and how it can meet the needs of CADOJ. In April of 2015 CADOJ made their first payment to NEC, for $650,000.

Later in the year, delivery, test and installation fees boosted this figure by another $288,850 for a total of over $850,000. The process of getting the program up and running apparently took quite some time - in 2016, CADOJ paid the company another $650,000 fee and then $200,000 more for a deployment fee. It appears that the system became fully operational on April 26th 2016.

For those keeping track, CADOJ has so far spent $1,788,850. It appears that there is a $650,000 support fee that will be billed yearly to California DOJ (in other words, taxpayers are going to be paying over half a million dollars annually for this). Judging from the potency of the technology, CADOJ will get their money’s worth one way or another. 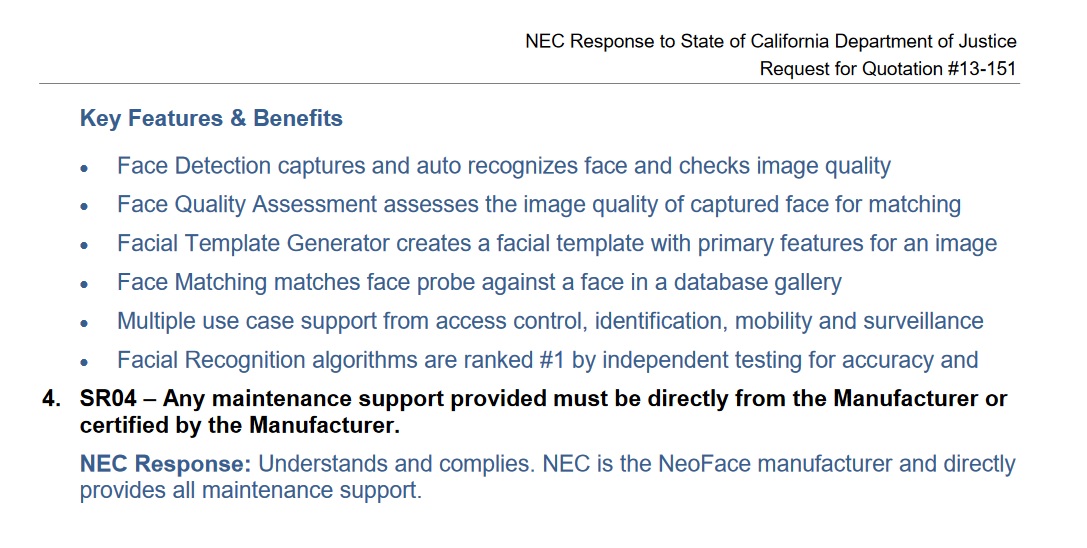 NEC told CADOJ in its quote that NeoFace could be used for multiple kinds of cases including access control, identification, mobility, and most worrying, surveillance. The company makes a habit in the quotes of noting that NeoFace was ranked number one by the National Institute of Standards and Technology in a test of biometrics and facial recognition systems. NeoFace identifies photos in .4 seconds, two times faster than the next leading competitor, the French tech company Sagem. It also boasts the fewest amount of identification errors per 1,000 searches, with only three. 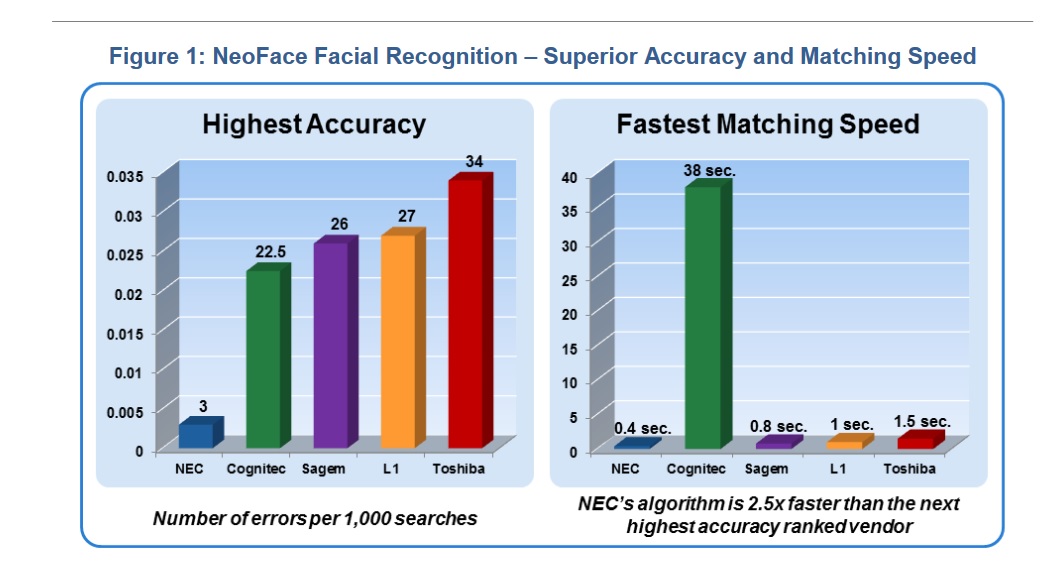 The NIST studies pose some problems when drilling down. They not only conducted a general per 1,000 test, they also tested multiracial data sets, and this time per 100. Here, all companies suffered. While NeoFace still outdid the competition by three times the accuracy, they still could only manage four per 100 searches. Per 1,000, this is 40, so it is quite a bit higher than that much sexier figure of three per 1,000. The problem only gets worse when one factors in face angles in images. Because mugshots or other standard ID photos are often the images that are stored in the massive database of photos called the image warehouse, it is important to adjust for the wide array of face angles that might be captured by surveillance video or other photo or video devices. In this test NeoFace managed 12 per 100, or 120 per 1,000.

Another trick used by NeoFace is what they call the Perturbation Space Method. This converts 2D images to 3D to account for lighting and face angles, creating a higher chance that the “faceprint” will be positively matched with an image in the digital photo warehouse. They also can use Adaptive Regional Blend Matching to adjust for blinking, glasses, beards and facial expressions which can lead to identification errors.

This obviously increases the reach of the system by a great degree. Within the system, users can perform demographic searches for originating agency, date of arrest, date of birth, gender, race height, weight, eye-color, hair color, and arrest charge code. They can also search for identifiers like booking ID, security ID’s, local ID’s and event numbers. 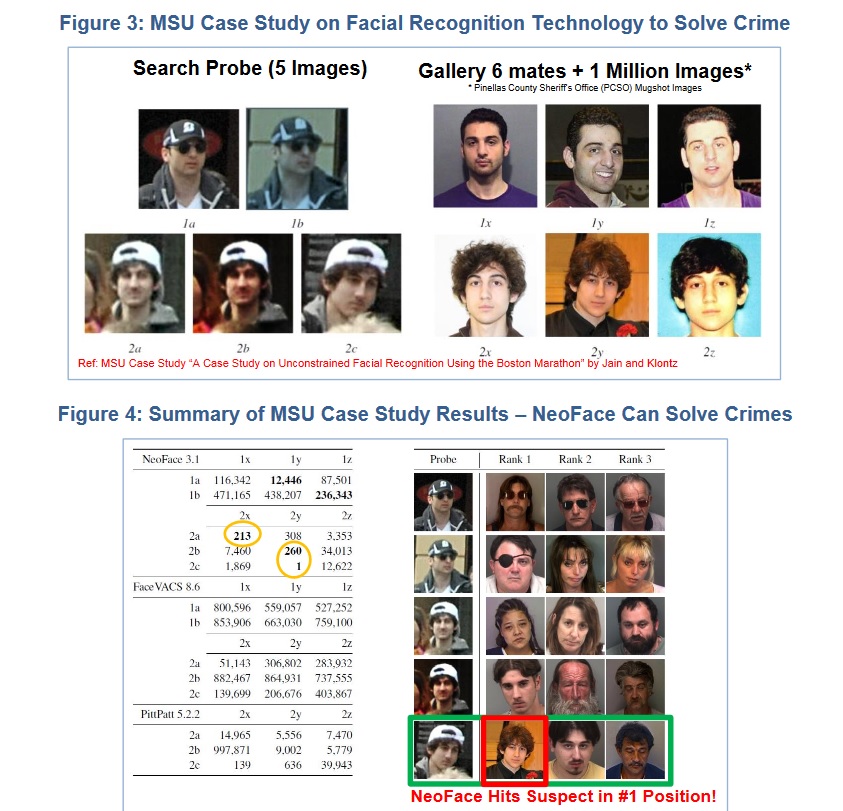 Integra-ID has advanced integration and segregation capabilities. Not only can they import and export photo databases to other agencies, they can create photo lineups, categories of images, and even segregate the data geographically - which is where the surveillance aspect starts to come in - particularly when Integra-ID can also add people to “watch/track” lists. All of this can be done in real time as photos are imported to the image warehouse. As soon as an image is uploaded one can begin the identification process and begin to categorize and segregate the image. NEC likens the product to a filing cabinet, with different drawers and folders to instantly begin working with. However, what fails for this analogy is that filing cabinets don’t automatically generate reports about the data being collected, putting it in any format or for any goal that a user would like. Filing cabinets also don’t have customizable graphical user interfaces, but that may be nitpicking to be fair to them and myself. 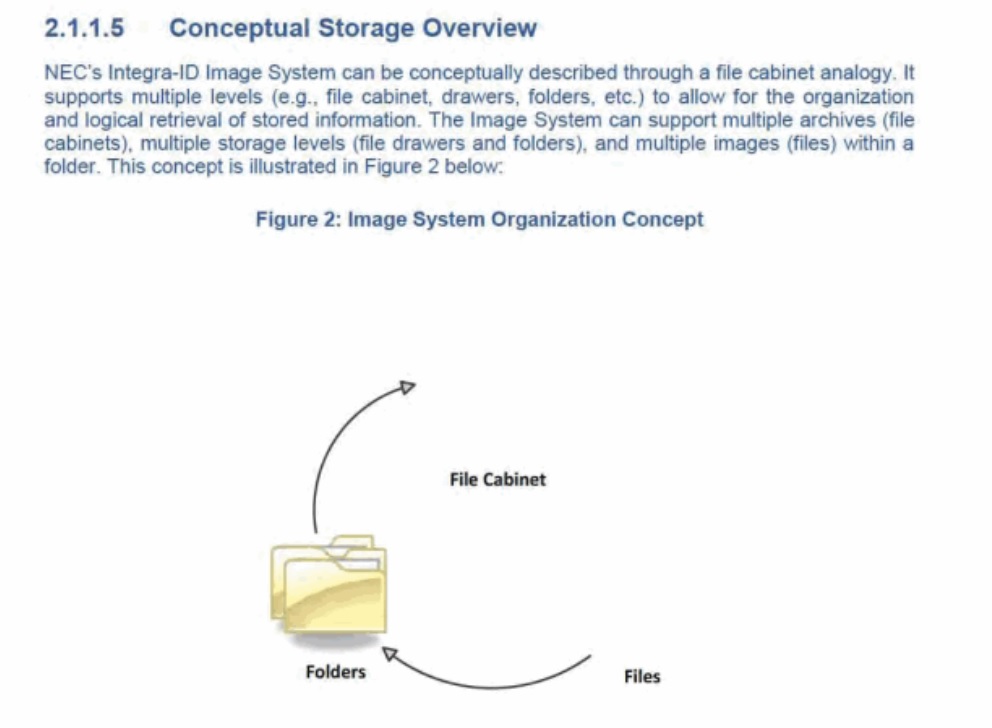 Some of the technical requirements CADOJ asked NEC to incorporate indicate that they have plans to use the system more or less constantly. Integra-ID can do one and half million daily NeoFace transactions. Furthermore, the system can withstand more than 500 concurrent users-that is for CADOJ alone of course. They made sure that encryption on all data sharing was included as well, and that the system came with resistance to denial of service attacks. There is also intensive system auditing of user history. 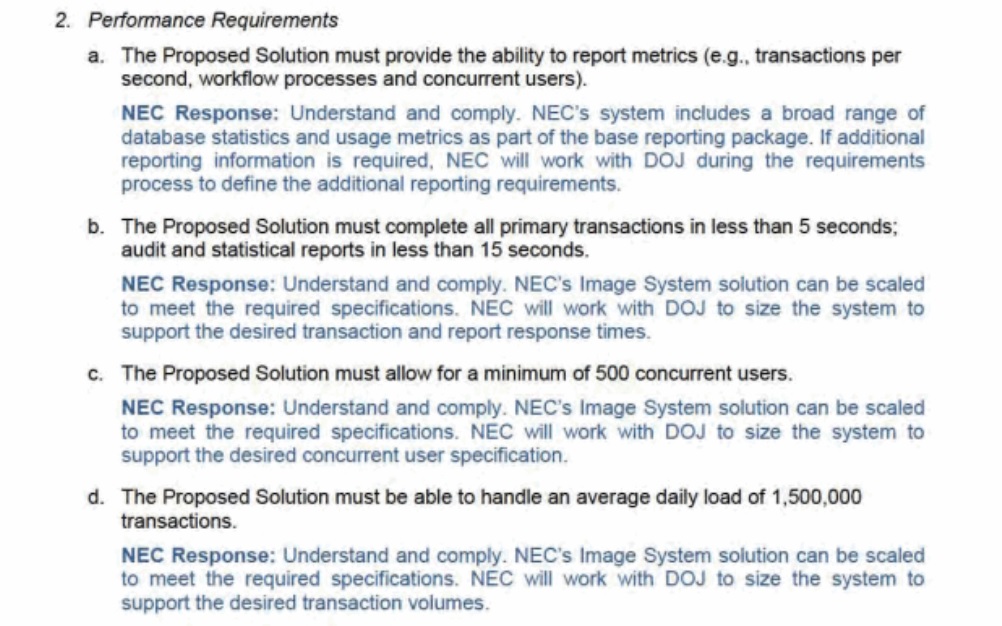 The agreement included 24 hour, seven day a week support and stipulated NEC support personnel could be at CADOJ headquarters in less than four hours in the event of a system wide shut down.

We know that CADOJ purchased a powerful new facial recognition system, capable of pretty much everything a law enforcement agency could ever dream of - what we don’t know yet is how California is using this, how effective it actually is, whether the efficacy justifies an almost two million dollar price tag. That the program becomes far more error prone when exposed to multiracial data sets is also extremely troubling - we simply need more information, and a more transparent dialogue with police to see if this technology really is necessary for keeping people safe.

Read the full manual embedded below, or on the request page.