Patent 6,630,507 looks like the sort of “gotcha” marijuana legalization enthusiasts could hang a whole paradigm shift on. Issued October 7, 2003 to the United States Department of Health and Human Services, it claims the rights to cannabinoids used for the treatment of certain brain ailments.

Is taking out a patent on the medical uses of marijuana’s primary drug component, an acknowledgement that, yes, marijuana has some health-beneficial effects?

That point, marijuana advocates believe, should be something to bring up in the argument over marijuana’s Schedule 1 drug status in the eyes of the Drug Enforcement Administration, which hinges on it having “no currently accepted medical use.” 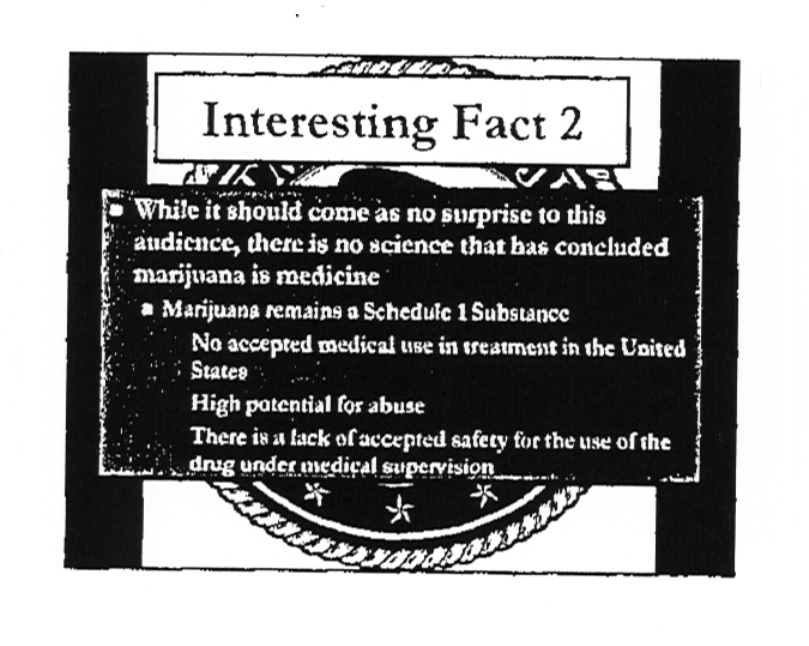 Noting a discrepancy is hardly enough, though, in the machine of democracy, and the latest stance of the new Department of Justice suggests that moves toward legalization on the federal level are unlikely. On the state side, however, acceptance is becoming more commonplace. Just yesterday, West Virginia, a state that’s shown and been shown a lot of love by President Trump, signed a medical marijuana bill into law.

Image via Dover Air Force Base