Far from the minds of those enjoying Easter hams this past weekend were the pale pink critters their meals once were and the distance lands whence they came. But a huge portion of those dinners likely spent their living days on the farmlands of North Carolina, the second-largest hog farming state in the U.S. and, thus, one of the nation’s leaders in an unsavory porcine by-product: “pink slime” pits. 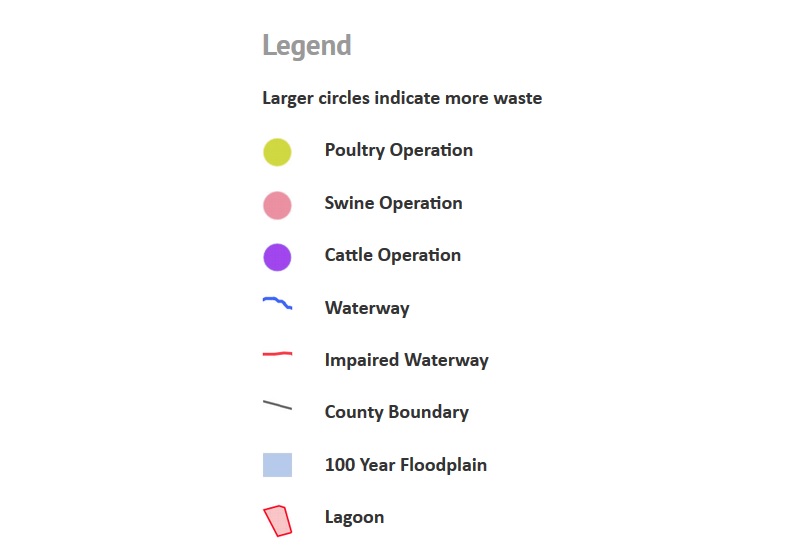 Now, the Tar Heel State is the scene for an impending class action lawsuit focused on these feces swamps, a discussion about the extent to which agricultural waste disproportionately affects people of color and who may be held liable for its environmental and economic effects.

For years, the “lagoon and spray” approach to dealing with the excrement, a large portion of which are now owned by Smithfield Farms, have been a health and property hazard for those living in adjacent areas. The method involves pumping the waste into pits - which acquire a pink complexion as bacteria populate the germ-attractive pools - and then aerosolizing the manure to fertilize the fields, a process that contaminates the air and drinking water and drives down property values.

A permanent moratorium on these lagoons passed in 2007, but thousands still exist, and who to hold responsible for their continued troubles remains a matter of debate. A lawsuit against WH Group, owner of Smithfield Foods, involving 500 affected residents is slated to begin later this year. The North Carolina legislature introduced a bill last month to restrict the extent to which damages could be rewarded for private nuisance actions against agricultural operations. 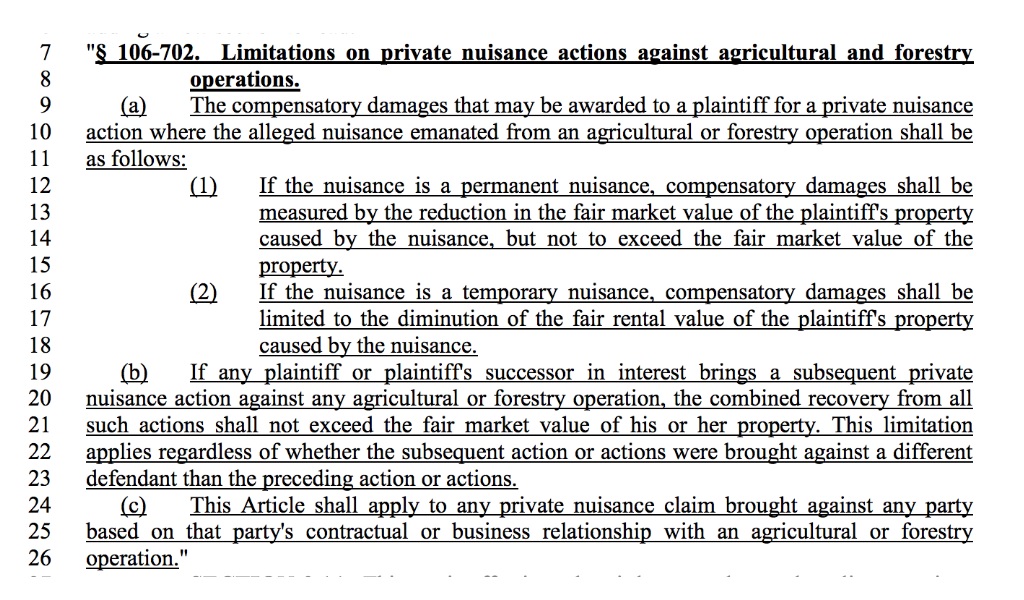 An amendment barring the new law from applying to pending litigation, like that currently working its way into court against WH Group, was introduced and passed, along with the bill, last week. “We don’t need to be, at the last minute, rushing in to bail out a defendant, “ said Republican Rep. John Blust, “and that’s what’s happening.”

MuckRock will be following this story and recently received a response to a request related to the inspection of North Carolina’s hog farms, which are monitored by NC Department of Environmental Quality. That log of permit violations (http://portal.ncdenr.org/web/mooresville-regional-office/) can be found below.