Recently-released numbers on marijuana-related arrests provided by the Washington D.C. Metropolitan Police Department in response to a public records request by Dan Nguyen present a stark racial disparity in the allocation of weed-associated charges made by the department. 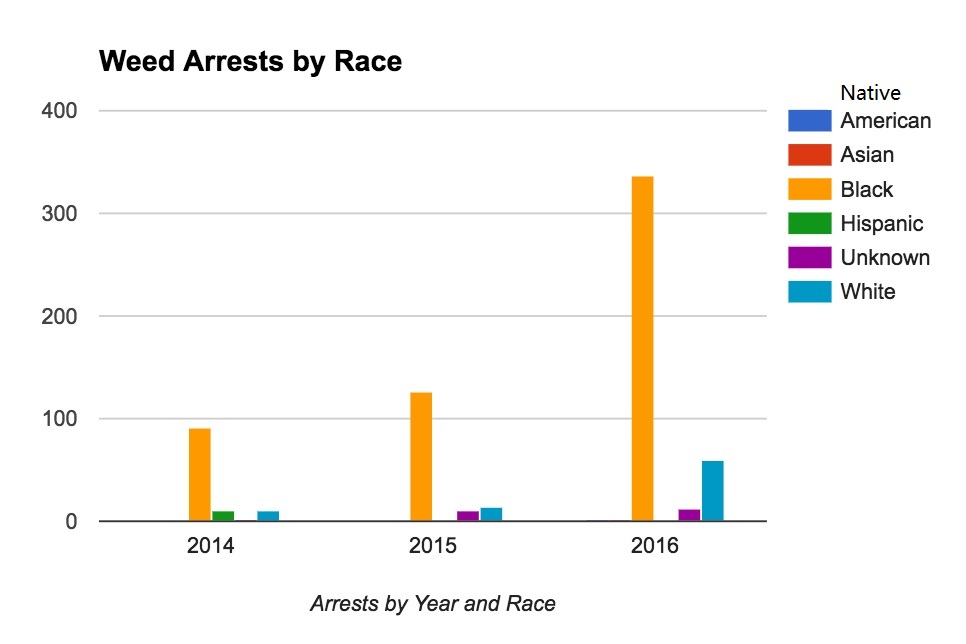 MuckRock will be filing follow-up requests to help contextualize the data. The numbers as given show an obvious drop in the number of arrests due to possession of the drug, which was decriminalized effectively on July 17, 2014 as part of the Marijuana Possession Decriminalization Amendment Act of 2014. Up until that point in 2014, 2382 people had been arrested for marijuana possession or possession with intent to distribute. As part of the Act to decriminalize marijuana possession, the City of Washington D.C. simultaneously created a law to ban its consumption in public.

Since the ban against public consumption, nearly 700 people have been charged with the offense, either on its own or as part of a set of charges.

Take a look at the data embedded below, or on the request page.

Dan Nguyen sent this request to the Metropolitan Police Department of Washington, DC