On July 7, the Dallas Police engaged Micah Xavier Johnson in a 45-minute gun battle before ultimately sending in a bomb-defusing robot laden with explosives to kill him.

Later that week on CNN, Dallas Police Chief David Brown answered exactly the question everyone had been asking: How did the police department know to put a pound of C4 onto a bomb-defusing robot and use it as an execution drone? “They improvised this whole idea in about 15, 20 minutes - extraordinary.”

Documents acquired from the Dallas Police Department through the Texas Freedom of Information Act confirm exactly what Chief Brown said in July: there is absolutely nothing in the DPD’s robot training materials to suggest that officers and manufacturers had considered using the robots for this purpose. 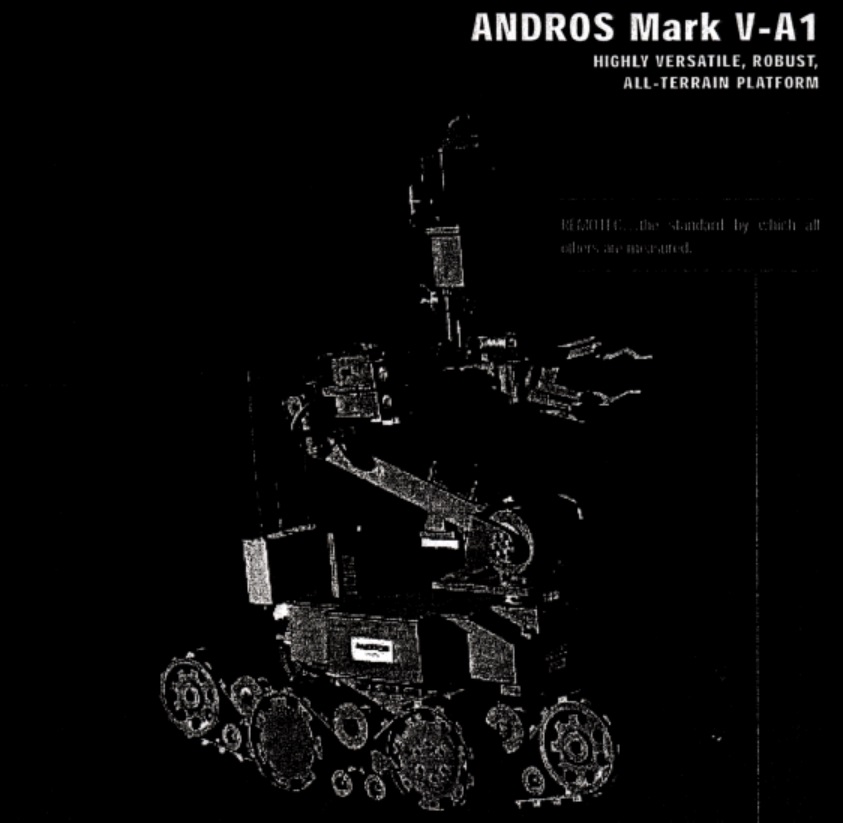 Among the twelve pages of documents released in response to a request for all training materials about the bomb defusing robot are at least two pages of Twitter and Facebook screenshots which indicate that this particular robot was acquired by the DPD on May 2, 2016, only months before the shootout. 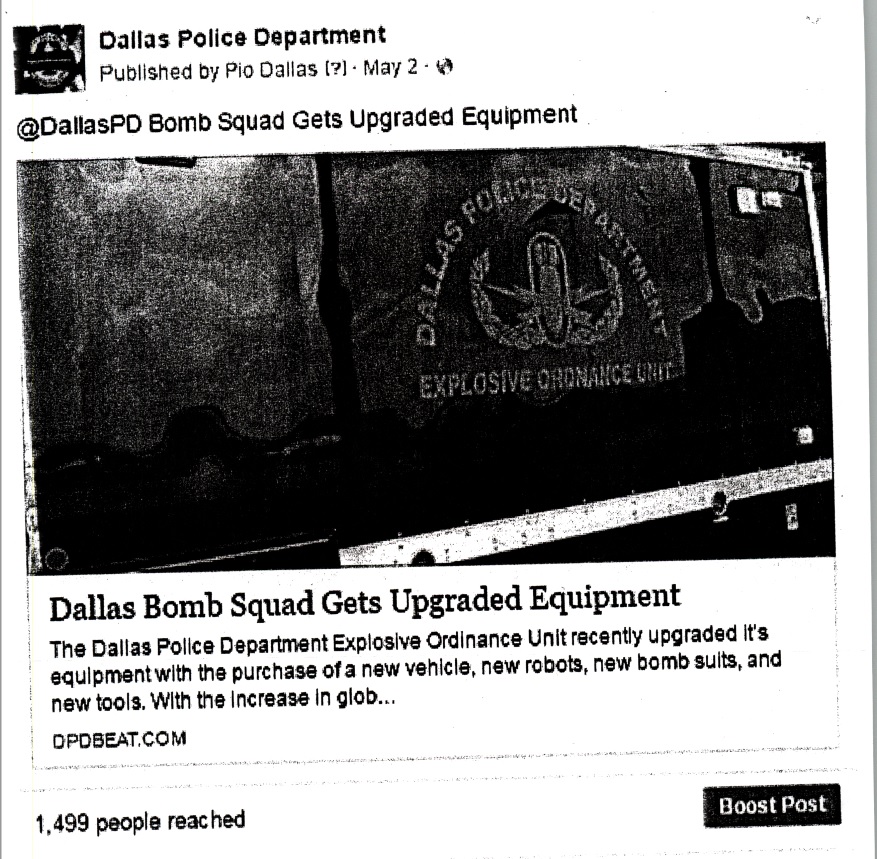 The released training materials, however, consist solely of a 7-slide PowerPoint presentation from April 2003. Looking beyond the ongoing concerns raised in other MuckRock investigations as to whether military equipment always comes with military training this PowerPoint also raises the question of whether or not the protocols of the Explosive Ordnance Unit changed with the implementation of updated technology.

The improvised nature of the July 7 bombing raises more questions than this PowerPoint can even begin to answer about the efficacy and safety of how the robot was used, unless of course the “Hazardous Device School” and “International Bomb Technician Seminar” were more about making bombs than defusing them. 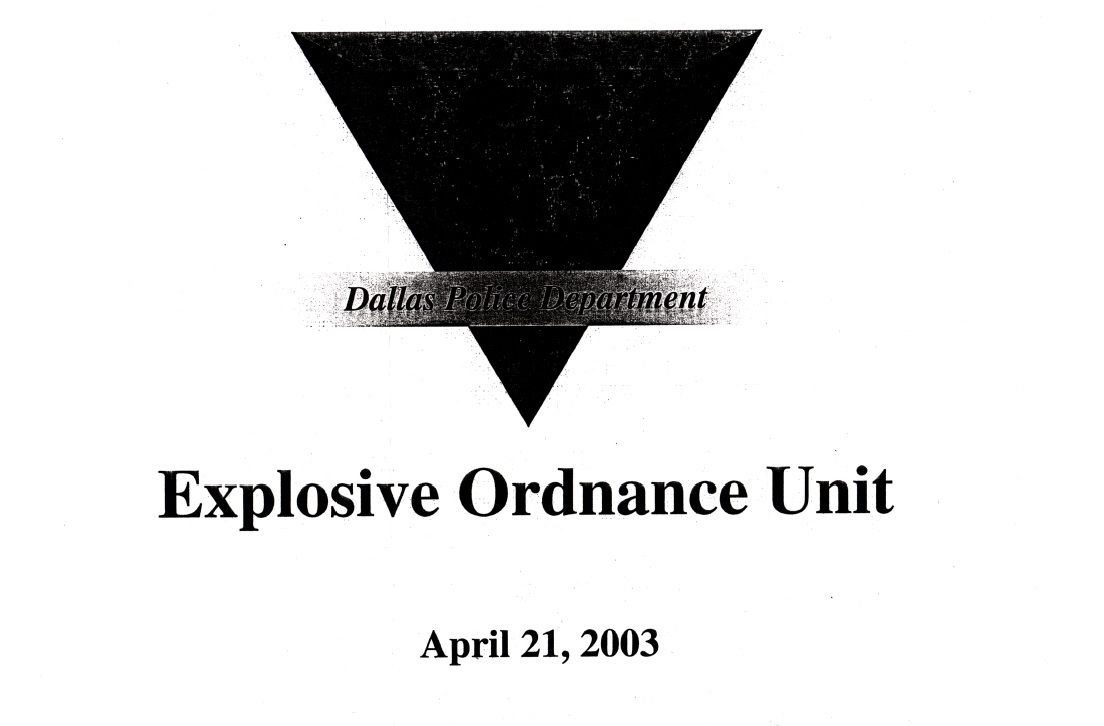 But, with Reuters counting the number of bomb-defusing robots distributed to local police departments through the 1033 program at a whopping 451, the public’s knowledge of the capabilities and training behind the robots are more important than ever. Our understanding of robots that could be deployed to extrajudicially kill will never get any better, however, if police departments continue to respond to FOIA requests with screen shots of tweets and PowerPoint presentations.

Read the full release embedded below, or on the request page:

Matthew Guariglia sent this request to the Dallas Police Department of Dallas, TX