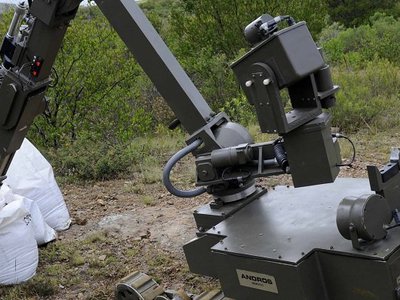 On July 7, the Dallas Police engaged Micah Xavier Johnson in a 45-minute gun battle before ultimately sending in a bomb-defusing robot laden with explosives to kill him. Documents acquired from the DPD confirm what Chief David Brown said in July: there is absolutely nothing in their training materials to suggest that officers and manufacturers had previously considered using the robots for this deadly purpose.