While the meeting between Nixon and the King is the stuff of legend, hidden within Elvis’ FBI file is a lesser known but equally bizarre epilogue. While in Washington visiting the president, Elvis Presley repeatedly tried - and failed - to gain an audience with the man he called “the greatest living American,” J. Edgar Hoover.

In late December 1970, Hoover’s office in Washington received a call from Senator George Murphy, stating that there was a young man that Murphy wanted the Director to meet - the “prominent entertainer and motion picture personality,” Elvis Presley. 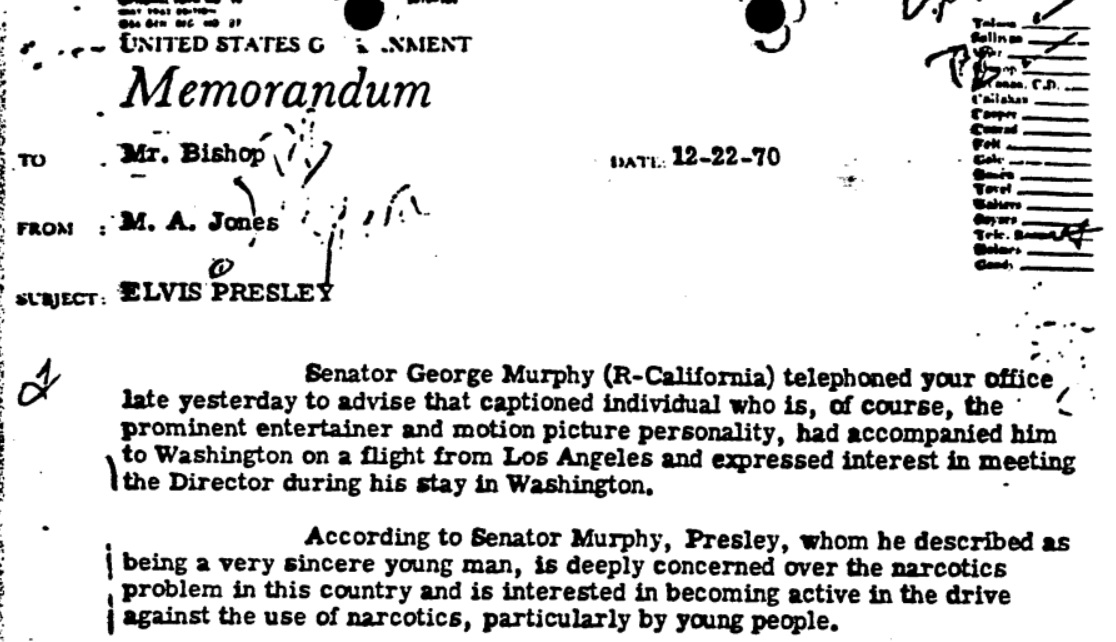 Murphy had already arranged for Elvis to meet with the President to discuss Elvis’s strong opposition to narcotics and was hoping that Hoover might be available as well. Alas, the Director was out of town.

Arrangements were made to express Hoover’s regrets, and a standard cross-reference of the Bureau’s files dug up a few extortion attempts, a paternity suit, and lingering criticism over “gyrations.” The matter was considered closed.

That is, until a week later, whereupon a fresh-from-meeting-the-President Elvis and his entourage called up FBI HQ, demanding to see the still-out-of-town Hoover.

Condolences were again expressed, and an impromptu tour was arranged, but this time, the racquetball gloves were off. With his long hair and “exotic dress,” as far as the Bureau was concerned, the Director would be out of town whenever Elvis came calling.

An example of said hair and dress is indeed, attached. 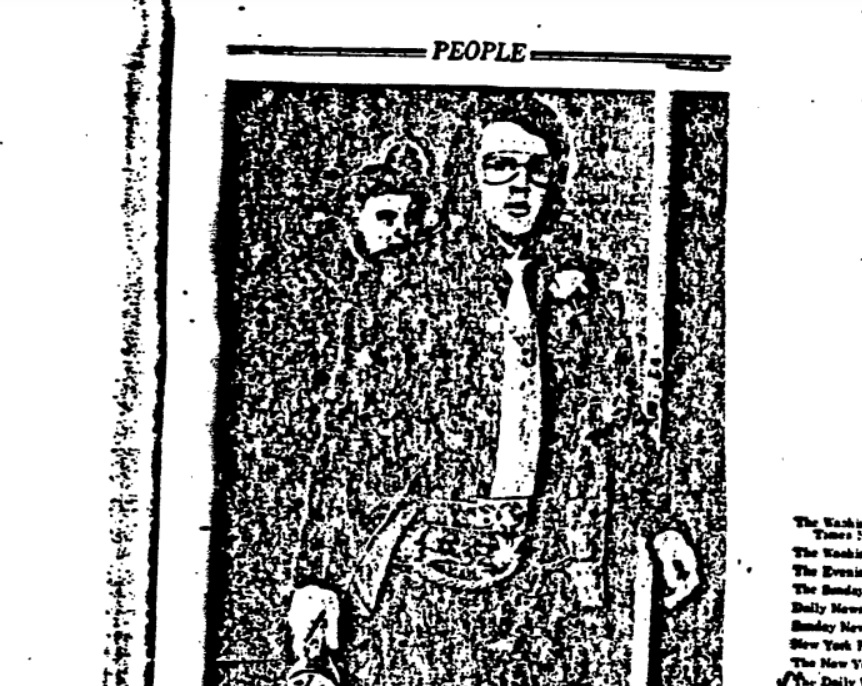 Despite this rather inauspicious beginning, Elvis’ tour of the Bureau was apparently pretty darn delightful - Elvis made no attempt to hide the fact that he was Hoover’s number one fan, rattling off a surprisingly comprehensive list of the Director’s anti-communist literature, geeking out about Hoover’s accomplishments, and declaring him “the greatest living American.”

The Assistant Director giving the tour appeared to be completely won over by Elvis’ sincerity and belief in the American dream. Addressing his unorthodox appearance that made the Bureau so uncomfortable, Elvis explained that those were the “tools of his trade” that helped to interact with anti-establishment youth, so he could convince them “the error of their ways.”

After the tour, Elvis showed off that nifty new badge Nixon gave him …

blamed the country’s current problems on the Beatles, Smothers Brothers, and Jane Fonda …

and that if his country ever required his services, the FBI should contact him under the pseudonym “Colonel Jon Burrows.”

Writing up the visit in his report to Hoover, the Assistant Director was unequivocal in his praise - this guy is awesome, and you should at least send him a note.

Hoover relented, and Elvis got the next best thing to a handshake - a personal letter from the greatest living American. 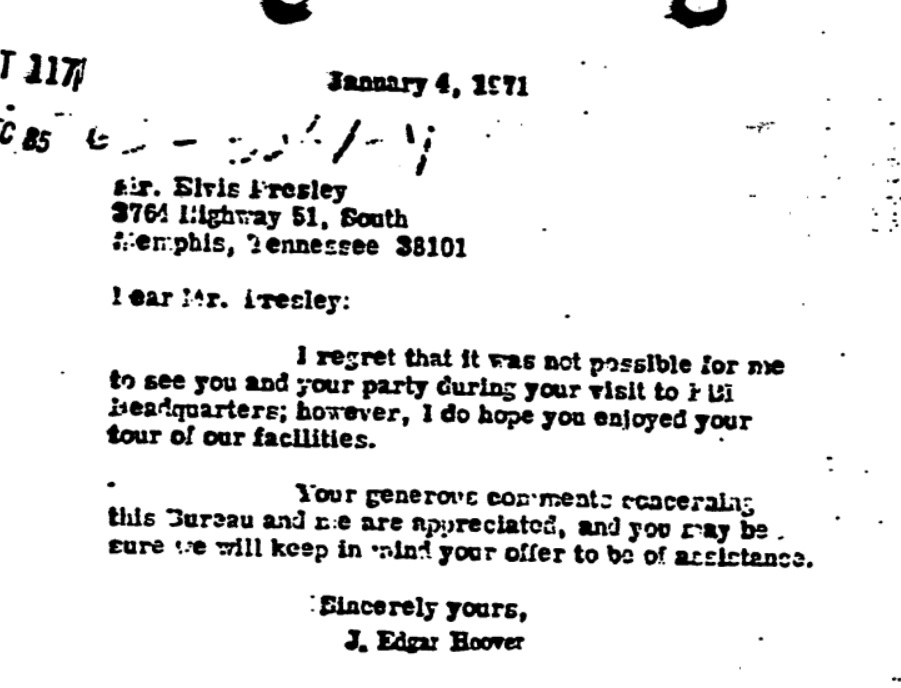 Read the first installment of Elvis’ file embedded below, or on the request page:

J.Patrick Brown sent this request to the Federal Bureau of Investigation of the United States of America