Many would say that Richard Helms was a stand-up sort of guy; his mom, his neighbors, his friends, even his ex-wife, all attested to his loyalty, his intelligence, and his strict, wholesome commitment to his country, a patriot and a leader. But the man who would climb the ranks of United States Intelligence, from his World War Two stint in the Office of Strategic Services to his post as Director of Central Intelligence for CIA to his appointment as ambassador to Iran, is remembered by the public for his secrecy, his lies, and his commitment to the cloak-and-dagger code of his agency - none of which, of course, appear (at least in the negative) in Helms’s FBI file. 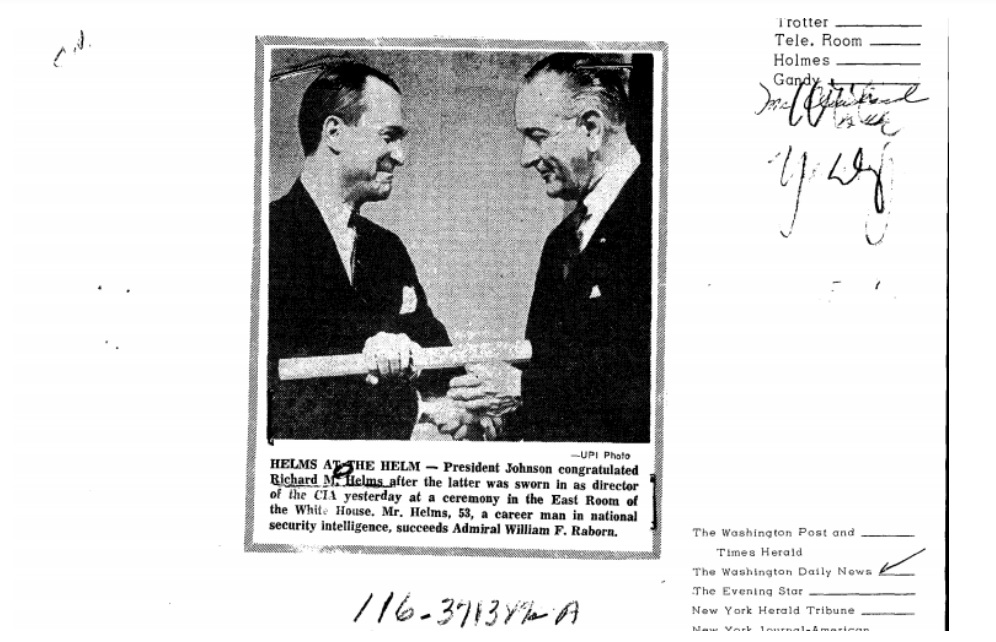 The agency investigated Mr. Helms three times. The first came shortly after the war, as part of the CIA’s creation and enveloping of OSS. 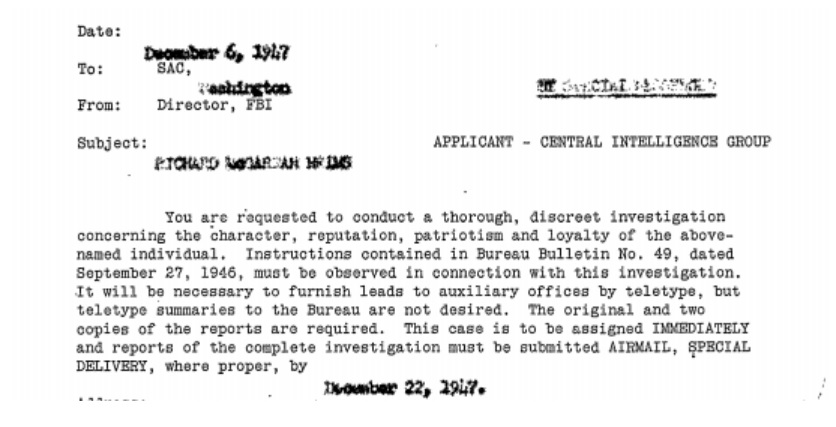 The search turned up many shining reviews, including those heaped upon him while an undergraduate at Williams College.

It also resurfaced allegations made by one of his former OSS employees who was upset that his reports were repeatedly labelled as unusable, though they revealed nothing confirming Communist motivations.

The next time he was scrutinized came in the fifties, when he was vetted for security clearance …

and the subject of more communist suspicions.

Helms was finally reviewed again at the turn of ‘72-’73 in preparation for the ambassadorship to Iran, and, unsurprisingly, the rundown of statements provided by his associates was glowing. Ray Cline, a CIA analyst described in the file itself as a Helms rival, said of the CIA leader’s loyalty: “If there is any question here, we all have a problem in the United States.”

Unsurprisingly, others vouched for the man’s ability to keep a secret for his government.

And though his ex-wife explained that Helms had had “several girl friends,” his age would likely curb that appetite …

and his pre-existing friendship with many ruling Iranians would likely help his cause.

Curiously, the papers reported that Helms’s friends and associates had made up absurd claims when they were told of the background check. 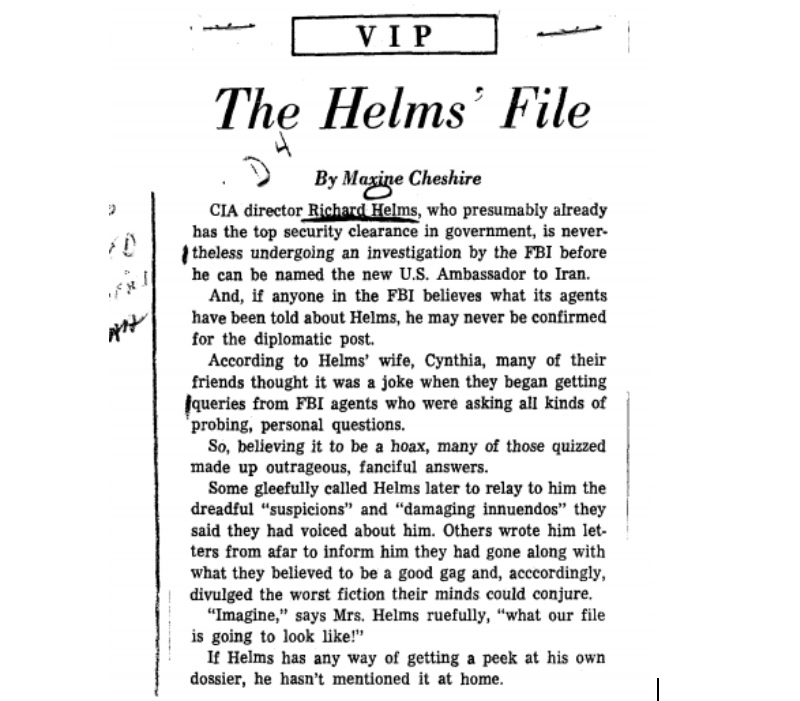 Thinking themselves the subjects of a prank given the CIA’s head obvious possession of security clearance and top-level trust, they claimed to make things up.

If there were any outlandish claims, they were conveniently omitted from his final FBI files, which you can check out the first section of below, and the rest on the request page.

Find something interesting? Want to share some CIA trivia? Let us know at info@muckrock.com.

Image via The Mole: The Cold War Memoir of Winston Bates